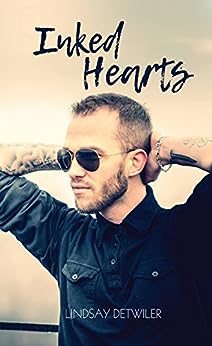 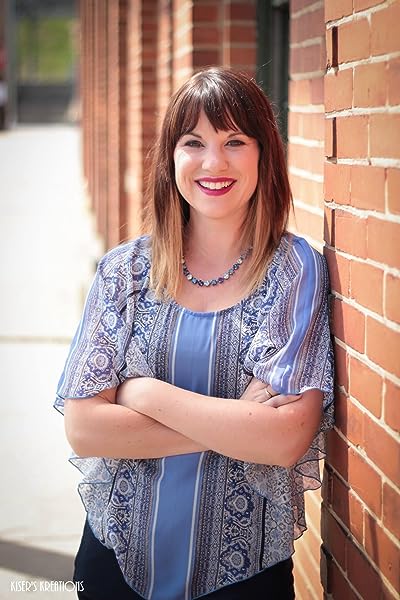 by Lindsay Detwiler (Author), BookSmith Design (Illustrator), Hot Tree Editing (Editor) & 0 more Format: Kindle Edition
See all formats and editions
Sorry, there was a problem loading this page. Try again.
I absolutely loved this book and couldn't put it down. The perfect book to escape into. I highly recommend it. - United Indie Book Blog

Suffering from the sting of betrayal, twenty-eight-year-old Avery Johannas quits her job and moves hundreds of miles away to Ocean City, the beach town of her dreams. With the help of her zany roommate, Jodie, Avery finds a new career, home, and freedom. Throughout her self-exploration, she makes only one rule: She won’t give her heart to a man again. She’s living for herself this time.

But then she meets Jesse.

A tattoo shop owner, the green-eyed Jesse Pearce is wild with a touch of mystery. As Jesse and Avery explore Ocean City and their friendship, they’ll have a hard time drawing a line in the sand between their hearts.

When summer nights get a little more heated than either expected, they’ll have to ask themselves: Can they let go of their notions of love, or will their hearts be permanently inked by past pain?
Read more
Previous page
Next page

Love celebrating genuine, sweet love stories with a touch of spice? Join Lindsay's VIP Fan Club here and get a Free excerpt of Remember When: http://bit.ly/rememberwhenexcerpt

An English teacher, a romance author, and a fan of anything pink and/or glittery, Lindsay's the English teacher cliché; she loves cats, reading, Shakespeare, and Poe.

Lindsay's goal with her writing is to show the power of love and the beauty of life while also instilling a true sense of realism in her work. Some reviewers have noted that her books are not the “typical romance.” With her novels coming from a place of honesty, Lindsay examines the difficult questions, looks at the tough emotions, and paints the pictures that are sometimes difficult to look at. She wants her fiction to resonate with readers as candid, poetic, and powerful.

Lindsay currently lives in her hometown of Hollidaysburg, Pennsylvania, with her husband, Chad (her junior high sweetheart); their cats, Arya, Amelia, Alice, Marjorie, and Tyrion; and their Mastiff, Henry. In addition to being a huge bookworm, Lindsay's also a fan of cruelty-free makeup, coffee, chocolate, Netflix, and shopping.

Be sure to connect with Lindsay:

You can also join her Sweet Romance Readers Group at http://www.facebook.com/groups/sweetromancereaders

4.1 out of 5 stars
4.1 out of 5
212 global ratings
How are ratings calculated?
To calculate the overall star rating and percentage breakdown by star, we don’t use a simple average. Instead, our system considers things like how recent a review is and if the reviewer bought the item on Amazon. It also analyses reviews to verify trustworthiness.

Rosie
TOP 100 REVIEWER
5.0 out of 5 stars Life is a beach.
Reviewed in Australia on 2 July 2018
Verified Purchase
"Women like me don't do this. Respectable women, introverted women, responsible women. They don't do this, not even if their husbands cheat on them."
Avery has packed up her life and moved across country hoping to leave behind all the hurt and humiliation a cheating husband can cause.
Arriving in a dreamy beach side town, she shares an apartment with the quirky Jodie, who makes her immediately feel at home by getting her a job and welcoming her into a loving group of friends. One of those friends is handsome Jesse, a local tattooist with past hurts of his own.
Life at the beach just gets better and better, especially as Avery and Jesse's relationship deepens.
But Avery's disapproving parents descend on the town and remind Avery about the responsibilities she left back home. Now Avery is left with a heart-wrenching decision.

Vanessa
5.0 out of 5 stars Second chance Romance
Reviewed in Australia on 22 January 2021
A second chance at love!
Avery moves to a seaside town to start over after her leaving her ex-husband.
Jesse owns the tattoo shop in town.
They form a friendship that turns into more.

This book was very easy to read and I loved the storyline.
I cannot wait to read more books in this series.

HappyHill
4.0 out of 5 stars A second chance romance
Reviewed in the United Kingdom on 8 April 2018
Verified Purchase
Avery leaves her life behind after her husband cheated on her, leaving her broken. She runs away to a beachside town to start again.

Here, she manages to find a new life. A job, a quirky group of friends and a slowly growing relationship with Jesse, despite telling herself that she wasn’t looking for love. Things are on the up until her parents arrive with an offer that will turn her life upside down again.

This is a lovely, easy book to read that I didn’t want to put down. The characters are nicely rounded and well written, and the dilemma she faces is real and honest, not an over-the-top drama. It’s normality makes it so good. Definitely worth spending some time reading.
Read more
One person found this helpful
Report abuse

Sandra Loves Reading
5.0 out of 5 stars Very enjoyable read!
Reviewed in the United Kingdom on 11 September 2018
Verified Purchase
Lovely story!
Avery makes a fresh start in a new place after her divorce and says a man will never hurt her again the way her husband did.
Jesse owns a tattoo parlour, he's a nice guy, no great dramas, just a regular nice guy.
Avery and Jesse meet. So begins a lovely tale of getting to know someone and being friends before romance begins.
Of course there's a great friend, Jodie, who is a fabulous character and adds to the spice of this tale.
Very enjoyable read!
Read more
One person found this helpful
Report abuse

Kindle Customer
4.0 out of 5 stars Recommended
Reviewed in the United Kingdom on 11 April 2018
Verified Purchase
When two people meet who have a horrible past, can they ever trust or truly love again?
Is it just too scary to try?
This book is a lovely clean story about life journeys and new beginnings.
Loved the characters and hope that Jodie finds her 'one' in the next book.
Read more
One person found this helpful
Report abuse

L beaver
2.0 out of 5 stars Okay
Reviewed in the United Kingdom on 31 March 2018
Verified Purchase
Avery moves away from her old home when she discovers her husband cheating on her. New home, New friends and new job. She decides to change the tattoo she had and meets Jesse the handsome owner. They become good friends and he teaches her his to relax. Light hearted story.
Read more
One person found this helpful
Report abuse

A Definite Must Read
5.0 out of 5 stars Beautiful story.
Reviewed in the United Kingdom on 3 April 2018
Verified Purchase
Really enjoyed this story about Avery and Jesse. Beautifully written, a meeting and coming together of two hearts that have been bruised. Liked the other characters too. Well done Lindsay.
Read more
One person found this helpful
Report abuse
See all reviews
Report an issue
Does this item contain inappropriate content?
Report
Do you believe that this item violates a copyright?
Report
Does this item contain quality or formatting issues?
Report