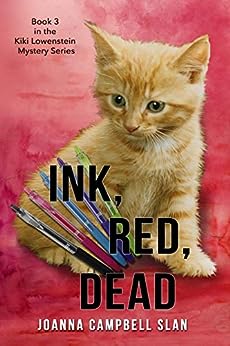 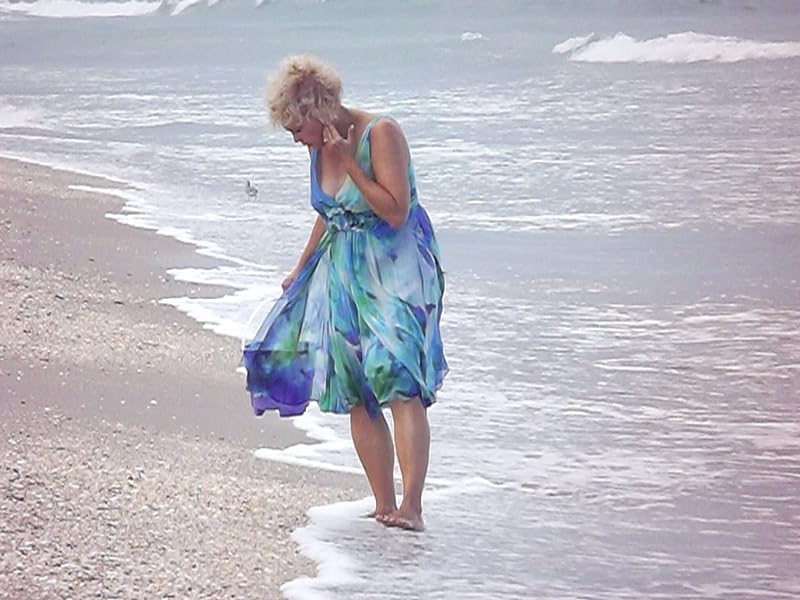 Ink, Red, Dead: Book #3 in the Kiki Lowenstein Mystery Series (Can be read as a stand-alone) Kindle Edition

National bestselling and award-winning author Joanna Campbell Slan has written 30 books and twice as many short stories. RT Reviews has called her one of mystery's "rising stars. Joanna's non-fiction has been endorsed by Toastmasters International; her first novel was shortlisted for the Agatha Award; and her historical fiction has won the Daphne du Maurier Award. She edits the Happy Homicides Anthologies and co-authors the Dollhouse Décor & More series. Visit her at www.JoannaSlan.com --This text refers to the paperback edition.

4.4 out of 5 stars
4.4 out of 5
269 global ratings
How are ratings calculated?
To calculate the overall star rating and percentage breakdown by star, we don’t use a simple average. Instead, our system considers things like how recent a review is and if the reviewer bought the item on Amazon. It also analyses reviews to verify trustworthiness.

Leanne Pace
4.0 out of 5 stars Fun and cute
Reviewed in Australia on 28 January 2018
Verified Purchase
An intriguing story not terribly detailed or surprising but an engaging read. While a little predictable the characters capture your heart particularly if you like animals and craft. The ground layer of the mystery was laid well but there could have been better connection between that and the final solution. A heart warming happy ending is always good.
Read more
Helpful
Report abuse

Linda
5.0 out of 5 stars Another great mystery
Reviewed in Australia on 2 December 2017
Verified Purchase
Another mystery solved in the 3rd book in the Kiki series. Keeps you guessing as to who, why and how. A nice long read and it makes you excited to start the next in the series.
Read more
Helpful
Report abuse

Kate
5.0 out of 5 stars The way Joanna Campbell Slan allows her characters, nice or not, in her series about Kiki Lowestein, to grow & develop is great
Reviewed in Australia on 2 October 2017
Verified Purchase
Ink red dead, another triumph
Read more
Helpful
Report abuse
See all reviews

Julie
4.0 out of 5 stars Don't scrap this book, just read it!
Reviewed in the United Kingdom on 9 March 2018
Verified Purchase
I enjoyed this book. It is so nice to read about someone that isn't working/owns her own cafe/bakery etc like most cosy mysteries seem to be set around, so scrap booking is a nice change from the norm. I don't scrap book but still found I enjoyed it and with a few hints and tips also included I think their might be a few new people trying out the hobby. Although this didn't in anyway interfere or get in the way of the mystery.

It was a nice little mystery with plenty of suspects and laughter to keep it entertaining. Off to read the next book in the series.

Sarah
3.0 out of 5 stars An enjoyable read
Reviewed in the United Kingdom on 24 April 2018
Verified Purchase
I did enjoy this story and the mix of interesting characters. I do think, though, that the ending was a bit abrupt after the discovery of the murderers. Also, at the beginning Kiki would have nothing to do with Detweiler and she told him she was just consulting with him on a case yet she very easily just let him back into her life, after just telling him that. She wouldn’t let him explain about his wife but she quickly let him hang out with her and Anya.
Read more
Report abuse

PJ Bookish
3.0 out of 5 stars Get set for pets.
Reviewed in the United Kingdom on 18 August 2017
Verified Purchase
The inclusion of Kiki's pets in the stories make them all the sweeter.
Missing women, a cat hoarder and scrapbooking create an exciting read.
Far too many mistakes to be ignored so 3.5/5 stars.
Read more
Report abuse

Diane von Kesmark
4.0 out of 5 stars Great for Craft-lovers
Reviewed in the United Kingdom on 17 April 2013
Verified Purchase
I enjoyed readinhg my fifth book by Joanna Slan. It is a great series for those, like me, who love paper-crafting. It is a very light-hearted read, with familiar characters from her other books.
I do want the story line to move along a bit quicker now though. This one was a little too far-fetched in its plot, for my liking, but it was still fun to read.
Read more
Report abuse

MumofOne
5.0 out of 5 stars Great, light hearted, crime novel
Reviewed in the United Kingdom on 1 December 2016
Verified Purchase
With a combination and Splattering of humour, crime, mystery and scrapbooking tips, this book is an excellent, easy read. I am now looking for more of this series.
Read more
Report abuse
See all reviews
Back to top
Get to Know Us
Make Money with Us
Let Us Help You
And don't forget:
© 1996-2021, Amazon.com, Inc. or its affiliates