Injustice for All (Justice Seekers Book 1) and over 1.5 million other books are available for Amazon Kindle . Learn more 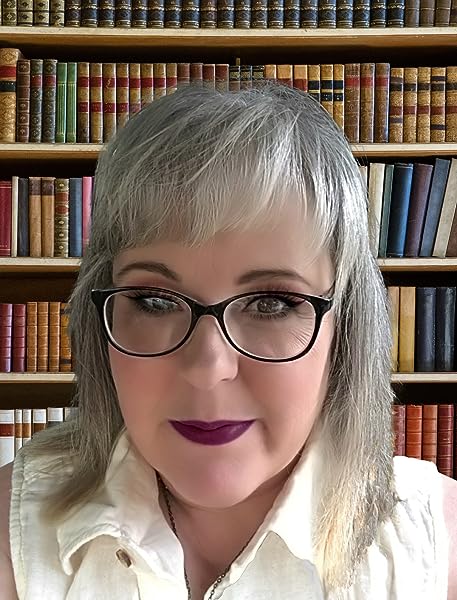 Injustice for All: A Justice Seekers Novel Paperback – 1 January 2012

Page 1 of 1 Start overPage 1 of 1
Previous page
Next page
Start reading Injustice for All (Justice Seekers Book 1) on your Kindle in under a minute.

Robin Caroll has authored eleven previous books including the critically acclaimed Deliver Us From Evil. She gives back to the writing community by serving as conference director for American Christian Fiction Writers. A proud southerner, Robin lives with her husband, three daughters, and one precious grandson in Arkansas.

4.7 out of 5 stars
4.7 out of 5
57 global ratings
How are ratings calculated?
To calculate the overall star rating and percentage breakdown by star, we don’t use a simple average. Instead, our system considers things like how recent a review is and if the reviewer bought the item on Amazon. It also analyses reviews to verify trustworthiness.

Jean Gilbert
5.0 out of 5 stars EXCELLENT BOOK!!!
Reviewed in Canada on 19 March 2016
Verified Purchase
Loved this book, very well written and a real page turner.Could not put this book down. A new author for me and a new favorite. Looking forward to reading more books by this author.
Read more
One person found this helpful
Report abuse

TJ
5.0 out of 5 stars God knows what He is doing!
Reviewed in the United States on 10 April 2020
Verified Purchase
The book started a bit slow for me, so if that happens for you, don’t give up! Once I had the gist of the story, I was hooked. It was filled with suspense, mystery, finding who we are in God, best friends, family love and family fractures, and finally, yes, the love story. There’s the love story between a man and woman, but also the love story of God lovingly pursuing us. I loved the story and all of the characters. Thanks, Robin, for another great journey!
Read more
One person found this helpful
Report abuse

Kindle Customer
5.0 out of 5 stars Amazing
Reviewed in the United States on 10 May 2020
Verified Purchase
Bella is so clever. She evades killers for 3 years but still makes a life for herself. Hayden and Rafe are the best kind of hunters. They both love Bella but in different ways. However, the real focus here is the faith journey. Second only to that is their efforts to correct grave injustice. The characters are relatable and realistic. The suspense is top notch and grabs you from the first page.
Read more
Report abuse

Terri
4.0 out of 5 stars A 'can't stop reading' book
Reviewed in the United States on 13 April 2020
Verified Purchase
A good and interesting story with just enough romance. Feelings many of us have during our lifetime with a reminder of God's love and forgiveness.
Read more
One person found this helpful
Report abuse

Harriette
5.0 out of 5 stars Right wins
Reviewed in the United States on 10 April 2020
Verified Purchase
This was one f the most interesting books ever written
So much went into this great Christian book. I highly recommend this book.
Read more
One person found this helpful
Report abuse
See all reviews
Back to top
Get to Know Us
Make Money with Us
Let Us Help You
And don't forget:
© 1996-2021, Amazon.com, Inc. or its affiliates