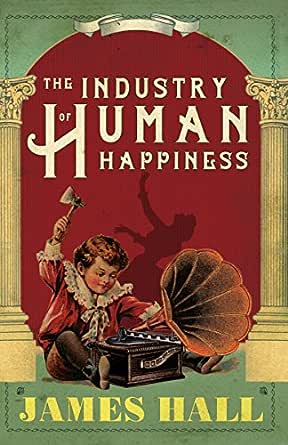 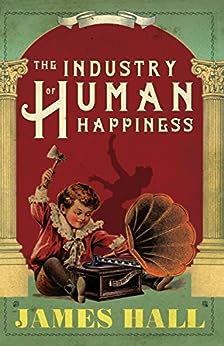 `A brilliantly pacy, page-turning thriller and a celebration of the magic of music' Crime Review; `A grim cautionary tale about the dangers of obsession. Hall's deep understanding and fondness for his subject comes crackling out of every page' - Daily Telegraph; `It's full of diverse and delicious pieces of information about recorded sound, and it's a page-turner. I was absolutely gripped. I can see this as a television series' - Sean Rafferty, BBC Radio 3; `A thrilling novel about the beginning of the music industry. James Hall captures a wonderful feeling of time... He writes with a real passion for the subject' - The Bookbag

A tale of love, murder and obsession in the early days of recorded sound.

Set in the murky backstage world of late Victorian theatreland, The Industry of Human Happiness is about the obsessive characters who dreamed of bringing recorded music to the masses.

Max and his younger cousin Rusty have a vision of launching the gramophone industry from a Covent Garden basement. But a renowned opera singer is brutally murdered in his hotel bed and they are thrust into the underworld of opium dens, brothels and extortion.

Ghosts from the past and a contested inheritance turn the cousins against each other, and they go head-to-head to launch rival talking machines. With Max's sweetheart, the ambitious singer Delilah Green, caught in the middle, the pair battle rival manufacturers, London theatre owners and, ultimately, each other, for their very futures.

This is a story of obsession, the pursuit of love and the enduring magic of music.