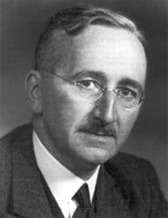 by F. A. Hayek (Author)
4.6 out of 5 stars 35 ratings
See all formats and editions
Sorry, there was a problem loading this page. Try again.

In this collection of writings, Nobel laureate Friedrich A. Hayek discusses topics from moral philosophy and the methods of the social sciences to economic theory as different aspects of the same central issue: free markets versus socialist planned economies. First published in the 1930s and 40s, these essays continue to illuminate the problems faced by developing and formerly socialist countries.

In this collection of writings, Nobel laureate F. A. Hayek discusses topics from moral philosophy and the methods of the social sciences to economic theory as different aspects of the same central issue: free markets versus socialist planned economies. First published in the 1930s and 40s, these essays continue to illuminate the problems faced by developing and formerly socialist countries.

F. A. Hayek (1899-1992), recipient of the Presidential Medal of Freedom in 1991 and co-winner of the Nobel Prize in Economics in 1974, was a pioneer in monetary theory and a leading proponent of classical liberalism in the twentieth century. He taught at the University of London, the University of Chicago, and the University of Freiburg.

Start reading Individualism and Economic Order on your Kindle in under a minute.

Friedrich August Hayek (1899–1992), recipient of the Medal of Freedom in 1991 and co-winner of the Nobel Memorial Prize in Economics in 1974, was a pioneer in monetary theory and the principal proponent of libertarianism in the twentieth century. He taught at the University of London, the University of Chicago, and the University of Freiburg. His influence on the economic policies in capitalist countries has been profound, especially during the Reagan administration in the U.S. and the Thatcher government in the U.K.

Clay Garner
5.0 out of 5 stars ''Finest opportunity ever given the world was thrown away, because passion for equality made vain the hope for freedom.” - Acton
Reviewed in the United States on 29 January 2017
Verified Purchase
Hayek digs to find the underlying principles of arguments, his and others. He succeeds. Takes serious thought and genuine determination. Worth it!

''And Acton joined him in believing that “the deepest cause which made the French revolution so disastrous to liberty was its theory of equality” and that “the finest opportunity ever given to the world was thrown away, because the passion for equality made vain the hope for freedom.” (30)

These twelve essays vary, some historical, some psychological, some economic, some analysis of socialism.

The first ''Individualism - True and False'', reveals two uses of the word, ''individualism'', after mentioning the English use, he notes -

''This second and altogether different strand of thought, also known as individualism, is represented mainly by French and other Continental writers—a fact due, I believe, to the dominant role which Cartesian rationalism plays in its composition. The outstanding representatives of this tradition are the Encyclopedists, Rousseau, and the physiocrats; and, for reasons we shall presently consider, this rationalistic individualism always tends to develop into the opposite of individualism, namely, socialism or collectivism.''

He explains that Acton and Tocqueville refer to the first, English meaning. The other -

''It is because only the first kind of individualism is consistent that I claim for it the name of true individualism, while the second kind must probably be regarded as a source of modern socialism as important as the properly collectivist theories.'' (3)

''Adam Ferguson expressed it, “nations stumble upon establishments, which are indeed the result of human action but not the result of human design”; and that the spontaneous collaboration of free men often creates things which are greater than their individual minds can ever fully comprehend. This is the great discovery of classical political economy which has become the basis of our understanding not only of economic life but of most truly social phenomena.'' (7)

The free market system 'capitalism' was not invented, it was found already operating. What is this? How does it work? Why is this so much better? This was the work of the eighteenth century. Hayek adds his explanation here.

''It would be interesting to trace further the development of this social contract individualism or the “design” theories of social institutions, from Descartes through Rousseau and the French Revolution down to what is still the characteristic attitude of the engineers to social problems. Such a sketch would show how Cartesian rationalism has persistently proved a grave obstacle to an understanding of historical phenomena and that it is largely responsible for the belief in inevitable laws of historical development and the modern fatalism derived from this belief.'' (10)

Lee Robinson
5.0 out of 5 stars and frankly boring information that isn't boring to the entrepreneur since constant ...
Reviewed in the United States on 5 August 2014
Verified Purchase
This volume includes FA Hayek's academic articles concerning the role of information in a free market and how government intervention acts to prevent the extended order from innovation, efficiency and increases in prosperity. Entrepreneurs have tacit, situational, time-sensitive, and frankly boring information that isn't boring to the entrepreneur since constant command of such information (to the extent that complex market information can be commanded) determines her profit or loss. Hayek demonstrates, as did Ludwig von Mises, that from our arm chairs we know that a government has no possibility of accessing, caring about, processing or otherwise getting and using enterprise relevant information. The entrepreneur is the location of information collection and use all day every day. This is critical knowledge if the individual is going to save civil society from the barbarism of socialism. This book along with Man, Economy and State from Murray N. Rothbard offer a profound understanding of economics. This understanding is critical if we are going to avoid the descent into a conjuries of primitive household economies and have tragically unnecessary poverty and Leviathan kill millions.
Read more
2 people found this helpful
Report abuse

Even today, most economists are under equipped to deal with the problems that these papers grabbed and even solved about seven decades ago. Many of the fundamental problems of modern macroeconomics come from a lack of understanding of what Hayek already knew in the 40's, that macroeconomic problems are the result of intertemporal discoordination of production plans with consumption plans. While his paper on the meaning of competition makes the modern take on the theory of competition and industrial organization naive and immature by comparison: Most modern authors simply doesn't understand what economic competition is. Hayek shows what competition is all about and integrates the economics of information with it. As with industrial organization, the modern approach on information, mechanism design and games with imperfect information is inferior and unsatisfactory if compared to Hayek's treatment of these same problems, with he does in this book in a few dozen pages.

Hayek goes straight to the point and reveals to the reader what are the real problems of economics and what economics is supposed to do: Explain why individuals, acting in their 'little worlds' (their problem sets, or means/ends frameworks), produce social orders beyond their conscious design. That task was already set by Adam Smith in a crude form more than 200 years ago, Hayek sets the problem in its definitive form. The market is a process of competition between individuals that produces tendencies to integrate the knowledge discovered by millions of minds into a consistent set of action plans, this integration is brought by the price system and it is competition the process that produces the knowledge that the prices transmit.

If you wish to know about why Hayek is the most important classical liberal social scientist in the 20th century (well, I would say: THE most important social scientist), you must read this. If you want to know what's really behind the modern libertarian positions, you must be familiar with these papers. If you want to know what Austrian economics really is about, you must read this book. Absolutely obligatory for anybody who wishes to understand the world in with he or she lives.
Read more
11 people found this helpful
Report abuse

Jacob C. Decker
5.0 out of 5 stars Challenging but very worth the effort.
Reviewed in the United States on 30 January 2017
Verified Purchase
A little bit challenging to read because English was a second language for him and there are a ton of run on sentences. However, this book featuring material written 70 years ago is still very pertinent today. This is the kind of scholarly thinking that benefits any reader. A definite recommend for anyone in public policy, economics, or market design. Mine is now highlighted, annotated, and tabbed.
Read more
2 people found this helpful
Report abuse
See all reviews