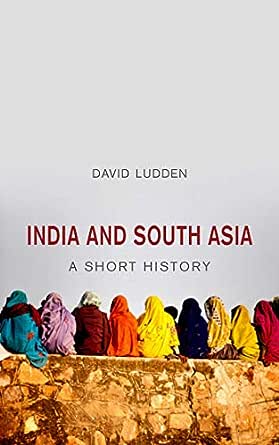 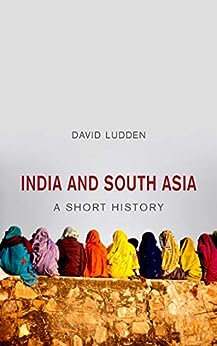 Alexander
5.0 out of 5 stars The best to start a journey through Indian history.
Reviewed in Italy on 19 June 2020
Verified Purchase
Very interesting and giving very good general knowledge of Indian subcontinent history. Also a lot of references to go deeper into details. Kindle format with it's word-wise option is the best for non-native speakers 👍🏻
Read more
Report abuse

C. Baker
3.0 out of 5 stars Good Cultural History of South Asia
Reviewed in the United States on 15 September 2005
Verified Purchase
This history of South Asia and India very heavily relies on the politics of cultural identity to explore the political and socio-economic changes that have shaped this part of the world. It is a very challenging subject matter for a person not very familiar with Indian history. The first several chapters detail the truly amazing array of small kingdoms and cultural subgroups through ancient and modern South Asia, along with shifts in political and economic "boundaries." The history becomes almost overwhelming and it is at times difficult to keep track of the main points of the book.

Nevertheless, the prose is readable and the diligent reader will learn a lot about the culture and politics of South Asia and why it has developed (or not developed) as it has. It exposes the roots of modern day difficulties between competing religious and ethnic cultures that makes nationality and nation building a difficult prospect - be it Indian, Pakistani, or Sri Lankan. It also helps the reader to understand how long traditions of differing economic interchange and development have caused clashes among competing subgroups and how this has shaped the politics of the regionally and culturally diverse South Asia, especially India. Finally, the book offers insight into the seemingly ever present violence in parts of South Asia such Kashmir, Northeast India, South India, and Sri Lanka rooted in subnationalism and cultural identities.

This book is somewhat weaker on modern day politics and the difficulties surrounding the 1947 partition and the relationships between India, Pakistan, Sri Lanka, and Bangladesh.

Despite the drawbacks, this work does provide the reader with a piece of the puzzle that is the history of South Asia.

Read more
11 people found this helpful
Report abuse
See all reviews
Back to top
Get to Know Us
Make Money with Us
Let Us Help You
And don't forget:
© 1996-2021, Amazon.com, Inc. or its affiliates