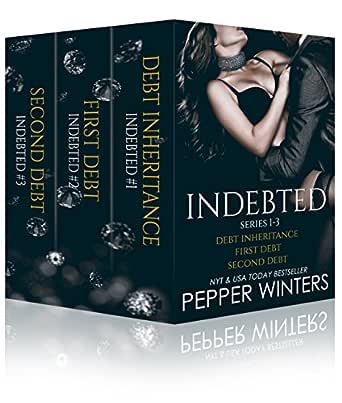 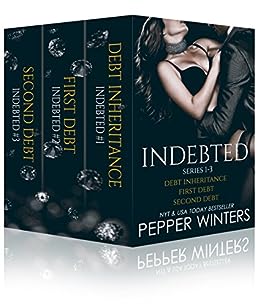 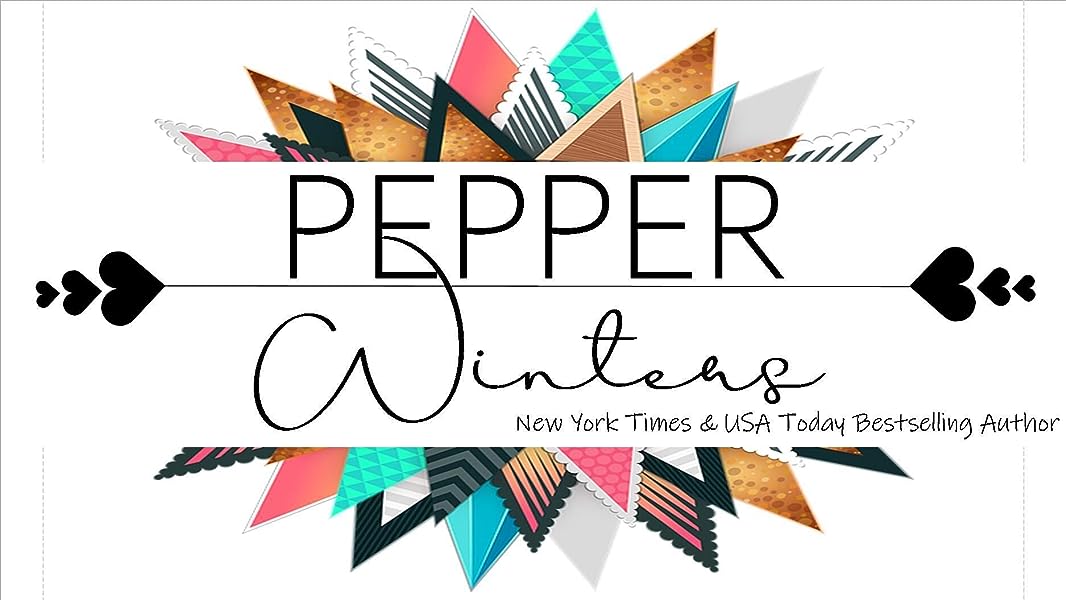 4.6 out of 5 stars
4.6 out of 5
206 global ratings
How are ratings calculated?
To calculate the overall star rating and percentage breakdown by star, we don’t use a simple average. Instead, our system considers things like how recent a review is and if the reviewer bought the item on Amazon. It also analyses reviews to verify trustworthiness.

Turnie65
5.0 out of 5 stars Intense but definitely one of my favs
Reviewed in Australia on 4 July 2017
Verified Purchase
OH MY GOD...Pepper Winters how do you come up with this stuff!! I've read the whole series but I must admit, I had to read the first few pages of the Epilogue after reading book 1 because I didn't know if I could cope with what was to come!! It is the most INTENSE story I've read in like... forever and I reckon it had me going through the full spectrum of human emotion possible. Now I need to read something light and flowery to give my blood pressure a break!! This series should be made into either a movie or a television series. Well done is all I can say!!!
Read more
Helpful
Report abuse

loredana esposito
5.0 out of 5 stars LEAVES YOU WANTING MORE
Reviewed in Australia on 15 June 2019
Verified Purchase
This story is dark and left me wanting to murder half the characters. I was so angry for the main character but loved how she just kept getting up. The storyline is addictive! Thanks for the great series.
Read more
Helpful
Report abuse

Amazon Customer
5.0 out of 5 stars Thrilling and amazing!
Reviewed in Australia on 6 June 2017
Verified Purchase
I absolutely loved this series. It was so intense and I couldn't put my kindle down. The way that pepper drags you into this story has you hooked from the first page and had you sitting on the edge of your seat until the very last word. Very well written and pepper is such an amazing author
Read more
Helpful
Report abuse

michelle phillips
5.0 out of 5 stars OMG
Reviewed in Australia on 24 September 2017
Verified Purchase
Loved this series can't wait to see what happens next.really had me hooked from start to finish.highly recommend.love the autgor
Read more
Helpful
Report abuse

Lisa
5.0 out of 5 stars Second Debt
Reviewed in Australia on 7 September 2016
Verified Purchase
This book stole my heart and confirmed just how much I want Nila and Jethro to work.

My heart is breaking, mending then breaking again for them.

I'm so hooked it's not even funny anymore.
Read more
Helpful
Report abuse

Kahanna
5.0 out of 5 stars In too deep
Reviewed in Australia on 10 October 2019
These books were chilling and had me so hooked I'm sure I forgot where I was, I couldn't stop until I knew were I was going to end up next I felt like I was right there.
Read more
Helpful
Report abuse

Hodderspring
5.0 out of 5 stars One of the best boxed sets I’ve ever read
Reviewed in Australia on 16 September 2020
I laughed, cried and cringed. So very hot and heavy but totally worth it for a holiday read - I am downloading the final epilogue now with tears.
Read more
Helpful
Report abuse
See all reviews

Little_One_2112
5.0 out of 5 stars A slow start but once it gets going... you'll now want it to end!
Reviewed in the United Kingdom on 23 June 2017
Verified Purchase
I've read a lot of mixed reviews about this series, and after devouring Monsters in the Dark, I wanted to get lost in more of Pepper's exceptional writing.

I started off this series with an open mind, and good way through this first book, I still hadn’t fallen in love with Jethro like I hoped I would. Because, call me crazy, but if I don’t feel anything for the male lead… I generally won’t keep reading. But there was something about Jethro I couldn’t put my finger on.

Jethro is a complicated character... and i'll admit, he's a character I struggled to like in the first book. I also struggled a little with the basis of the story - I questioned a lot of things while reading the first book and have been left sometimes feeling like maybe... it's going too far.

I read one review that hated the ending... personally, I loved it, and it was partly the reason I downloaded the boxset when I finished.

I gave Pepper the benefit of the doubt, because after all, I LOVED Monsters and found her writing to be exceptional, sucking me in and claiming me, and I wanted Indebted to be the same… perhaps it's a slow starting series and I'll be back singing it's praises in a week.

I’m happy to report, that after not being sure about this series to begin with. I didn't love Jethro, Nila infuriated me and I found the whole idea of the story hard to believe… I couldn't help but get sucked into the Indebted world, and as the story went on... I found myself falling for Jethro and cheering for Nila - proof to me that Pepper Winters has an exceptional talent to turn the readers feelings around.

As I read each book in this series, I find myself falling deeper and deeper into the Indebted world.... and I don't think I want to stop falling.

There were parts in the third book that had me so anxious I realised I was sitting with one hand on my kindle and the other, my nails digging into my palm. It's left me wondering... where on earth does Pepper get her ideas from?

The Second Debt ended abruptly and I wasn't ready for it. Now I have to start the next so I can find out exactly where this goes.
Read more
One person found this helpful
Report abuse

Kindle Customer
5.0 out of 5 stars Pure brilliance....
Reviewed in the United Kingdom on 25 June 2020
Verified Purchase
Oh good grief! Pepper, how so you do it? How do you weave a world that should absolutely terrify me but yet I want to be in it?! How do you create these men who should be absolutely abhorrent yet I want them?! How do you tell a story that just shouldn't be, yet it has me gripped to the extent of holding my breath and feeling their pain?! How?!....totally, completely and absolutely entirely, a phenomenal tale that has earned a place inside of me!
Read more
Report abuse

Kellyst79
5.0 out of 5 stars Recommend
Reviewed in the United Kingdom on 30 April 2020
Verified Purchase
This is a great series. Lots going on. This is about a family feud from hundreds of years ago and the Hawk family still wants revenge on the Weaver family. The hawks take the first born girl to be their own and repay the debts from years ago. Lots happens in between, trials, feelings, terror, desire. I’m really enjoying the series and will continue
Read more
Report abuse

Amazon Customer
5.0 out of 5 stars Indebted series 1-3. 5+****
Reviewed in the United Kingdom on 19 June 2018
Verified Purchase
These first 3 books in this series have blown me away, in this dark, dark romance, intense is an understatement, intriguing, cruel, mind blowing. Definitely need a strong stomach to read these...so be warned, also filled with love in a strange, deep way. I loved it and hated it in some parts but can't wait for the next book's to continue Nila and Jethro's journey!
Read more
Report abuse

Ms J Harris
5.0 out of 5 stars Captivating
Reviewed in the United Kingdom on 17 November 2020
Verified Purchase
Oh wow I’m so hooked on this book, it as to be the best one so far that I’ve read by this author. It’s got some great twist and turns in it. You think you know where it’s going and then slam goes in a complete direction. A great read .
Read more
Report abuse
See all reviews
Back to top
Get to Know Us
Make Money with Us
Let Us Help You
And don't forget:
© 1996-2021, Amazon.com, Inc. or its affiliates