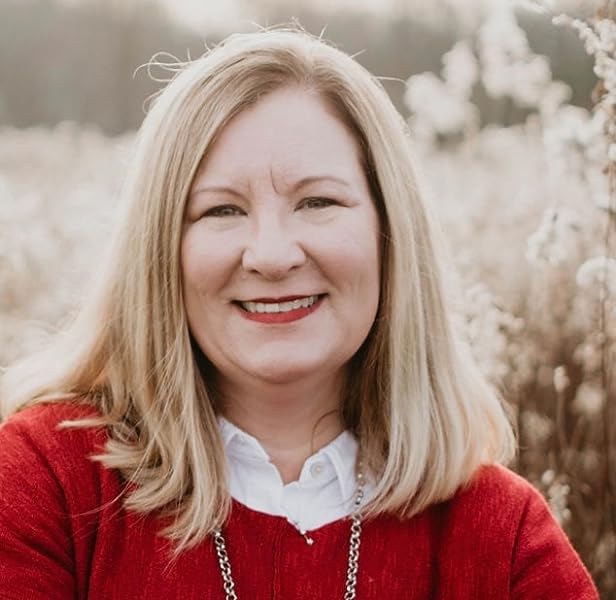 Page 1 of 1 Start overPage 1 of 1
This shopping feature will continue to load items when the Enter key is pressed. In order to navigate out of this carousel please use your heading shortcut key to navigate to the next or previous heading.
Back
Next
Start reading Incognito Ex (Silver Valley P.D.) on your Kindle in under a minute.

Geri Krotow is a Naval Academy graduate and Navy veteran. She has traveled to and lived in many places abroad, including South America, Italy and Russia. Her family has finally settled down in Central Pennsylvannia but Geri still writes about all the places she's been. An award-winning author, Geri writes the Silver Valley PD for Harlequin Romantic Suspense www.gerikrotow.com

Kindle Customer
5.0 out of 5 stars Incognito Ex
Reviewed in the United Kingdom on 4 August 2020
Verified Purchase
I have enjoyed reading another book in this series Silver Valley P.D. I was so engrossed in reading it that I had to finish reading it before I could put it down, I can't wait to read the next book in this series. I would recommend it to anyone who has been reading this series
Read more
Report abuse

Amazon Customer
4.0 out of 5 stars Didn't feel the series truly ended
Reviewed in the United States on 26 August 2020
Verified Purchase
As with many romance novels, lots of unrealistic things happening.

Coral's barn was blown up in the last installment. She's living in a tiny trailer on her property as her barn is rebuilt and her home is fixed from the damage it sustained. The woman who blew up the barn hid some things on the property and sends some really incompetent thugs to find them (Trevor is undercover with these guys). Things go south quick. Now, Trevor needs to take her to a safe house. Of course she has an upcoming wedding to plan for.

As the adventure continues, Coral is "introduced" to Trail Hikers. She's given 3 days of training. She begins to understand Trevor's life while they were married. Both keep going back and forth with their thinking that they can work things out to it'll never work.

They find they work well together. However, the main ROC person they've been after finally shows up in this book and --- he gets away?!?!?!? With this being the final book in the series (unless more are coming out), the ending should have wrapped up this East Coast ROC business with a nice little bow. It would have been nice to have all those involved in the 4 books taking him down. But, it just ... ended. Yes, the couple gets back together. It's the overarching story that never gets resolved. I was disappointed.

Couple had chemistry. Adventure and suspense abound. A good read except for the ending.

A. Richard
5.0 out of 5 stars Original, emotional, and very suspenseful
Reviewed in the United States on 2 August 2020
Verified Purchase
I have enjoyed the prior compelling releases in the Silver Valley P.D, miniseries, and the eighth story is another riveting installment which has a large number of challenging situations overflowing with unanticipated danger and conflicted emotions. Geri Krotow always manages to fill her Harlequin Romantic Suspense stories with original plots, where individuals find themselves facing dicey threats plus numerous emotional obstacles, and there is definitely plenty of both in INCOGNITO EX.

After getting a divorce, Coral Staufer moved back to Silver Valley, Pennsylvania, where she started a catering and events business in the picturesque town. Though she lost much when members of the Russian Organized Crime destroyed most of her property for an unknown reason, she is diligently working toward getting things back to where they were before. One night, it appears that the area where she lives has unlawful activity taking place again, and she unluckily becomes caught up in the occurrence. Coral soon discovers that her ex, Trevor Stone, is on a covert mission to help take down the ROC, and once the two are reunited, she has to worry about the risk to her heart along with staying physical safe.

There are several mysteries to solve in INCOGNITO EX, and finding the answers is crucial for Trevor and Coral, as this seems like the only tactic for her to be not be in harm’s way. Though she certainly did not do anything to cause her current predicament, it does not matter to those who are on the wrong side of the law. As the couple work together to uncover the needed information that will hopefully make the criminals pay, they must fend for themselves again and again. Often, I did not know how a situation would play out, as the incident could have way too many bad outcomes.

Trevor and Coral’s relationship is very complicated, as they were previously married yet neither have ever truly gotten over the other. With all the peril in their lives at present, it is not the best time to be thinking about the future, but paying no attention to the feelings that are once again affecting them is extremely hard. As I watched and waited for Coral to make decisions about Trevor and he about her, I really wanted their choices to be in the best interest of both if possible. Geri Krotow knows to balance the suspense in her stories with an engaging romance, and INCOGNITO EX is a great example.

I voluntarily reviewed the book, and all comments are my honest opinion - Rating: 4.5 Stars
Read more
Report abuse
See all reviews
Get FREE delivery with Amazon Prime
Prime members enjoy FREE Delivery and exclusive access to movies, TV shows, music, Kindle e-books, Twitch Prime, and more.
> Get Started
Back to top
Get to Know Us
Make Money with Us
Let Us Help You
And don't forget:
© 1996-2020, Amazon.com, Inc. or its affiliates