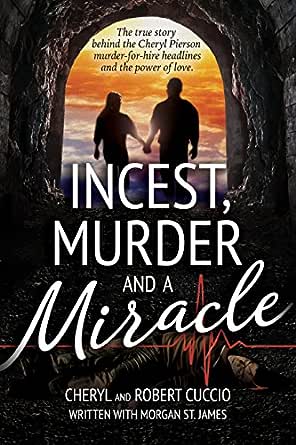 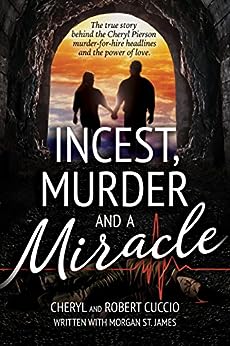 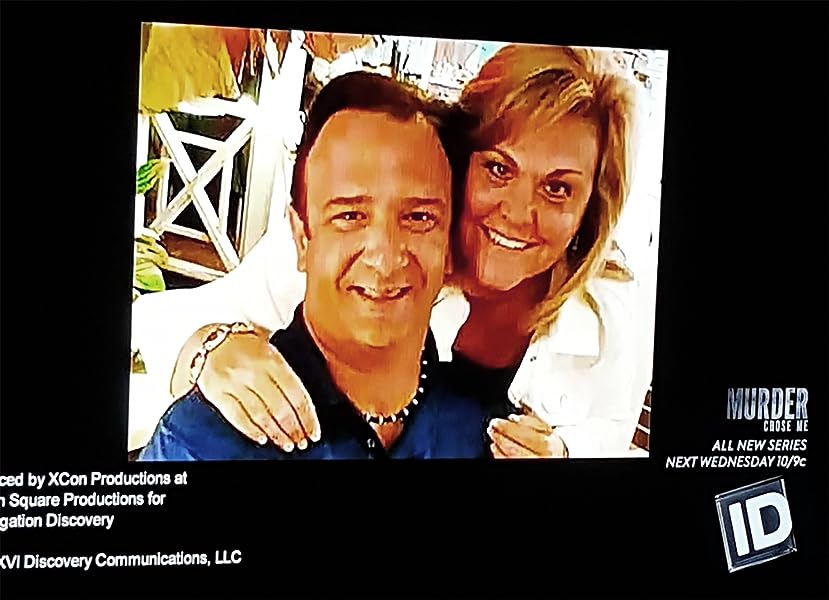 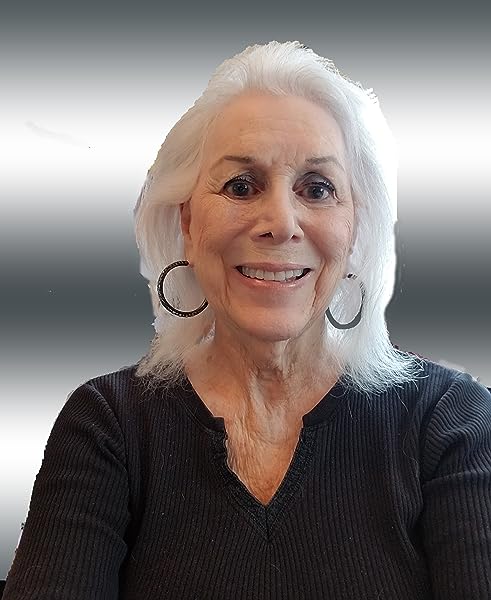 Incest, Murder and a Miracle: The True Story Behind the Cheryl Pierson Murder-For-Hire Headlines and the power of love Kindle Edition

CHERYL A. CUCCIO, wife, mother, incest/ abuse survivor and author, has been married to her soul mate Robert Cuccio for twenty-seven years. Unlike her own childhood horror, Cheryl is a mother who dedicates herself to being a role model for their two extremely intelligent, well-educated daughters. Through parental love, nurturing and guidance, Samantha, the eldest daughter, has a earned degree in forensic psychology and Casey, the youngest, is in medical school. Despite her early years, Cheryl is a strong, confident woman who aspires to be a best-selling author and motivational speaker. Throughout her life's journey she has experienced many far-from-normal trials and tribulations, and intends to use her lifetime knowledge to help as many people as she can. She speaks out about being a victim and how she became a survivor through strength and perseverance. ROBERT C. CUCCIO has been married to Cheryl for twenty-seven years. He has been a registered nurse for twenty-one years with ONS Oncology Nursing Society certification and worked in various departments of hospitals including the ER (emergency room). Robert has practiced his specialty as an oncology nurse for twenty years, and for the past ten years ran the infusion center where patients receive treatments like chemotherapy. After a massive heart attack, Robert was pronounced dead in 2012, brought back to life, and recently awarded "Nurse of the Year for New York 2015" by the International Nurses Association. When working with people with cancer, he strives to inspire them while motivating them to accept their diagnosis and follow their treatment plan with confidence. Robert has been interviewed numerous times by the media. He hopes to help many people by sharing his past experiences. MORGAN ST. JAMES, an award-winning author, columnist and speaker, is on the board of Writers of Southern Nevada. This is her fifteenth book. She co-authors the Silver Sisters Mysteries series with her real life sister Phyllice Bradner. A Corpse in the Soup, was named Best Mystery Audio Book by USA Book News. She has written various stand-alone books either solo or with co-authors. and earned recognition and awards for multiple short stories. In 2012 she co-authored La Bella Mafia, Bella Capo's chilling memoir about surviving abuse. She is honored that the Cuccios chose her to help tell their story. St. James has appeared on authors' panels, radio shows and in other media forms. --This text refers to the paperback edition.
click to open popover

4.5 out of 5 stars
4.5 out of 5
67 global customer ratings
How does Amazon calculate star ratings?
Amazon calculates a product’s star ratings using a machine learned model instead of a raw data average. The machine learned model takes into account factors including: the age of a review, helpfulness votes by customers and whether the reviews are from verified purchases.

Deb Dwyer
5.0 out of 5 stars Such a sad sad story
Reviewed in Australia on 16 February 2017
Verified Purchase
Such a sad sad story. That she and her family triumphed over evil is testament to their strength and love for each other
Read more
Helpful
Comment Report abuse

These are the words of Cheryl. At the age of eighteen Cheryl was sentenced to jail for her part in arranging the murder of her sexually abusive father in an attempt to keep him from abusing her younger sister. After her jail time she married her longtime best friend and the love of her life Rob Cuccio. Even with her PTSD caused by the tramas of her childhood, life was finally becoming something that was livable, until Rob's heart attack hit. He was pronounced dead which simply wasn't acceptable for Cheryl. She begged the doctor not to give him and was finally told they would try for just 10 more minutes. After over 43 minutes his heart refusing to beat and no oxygen to his brain, a miracle happened and Rob came back to life, starting another phase in the lives of two people who had already lived through hell once.

As I read this book I had to keep reminding myself that these events actually took place. The sexual abuse by the father, which happens so often but seems to be pushed away. The reporters who treated Cheryl as if it was all her fault and built the father up as a wonderful, loving person, which also happens to so many children that have been molested by family members. The nightmares and PTSD that Cheryl went through and still does.

Then there was Rob who was laughed at by his doctor when he went in for severe chest pain. He was basically told it was all in his head and caused from his smoking. After several visits to the doctor with the same problems he was brushed off and not given the proper tests to determine that he really was a walking dead man. This came to a head when he went to the hospital in cardiac arrest with one artery 90% blocked and another 100% blocked. This is also when he actually died for over 40 minutes. Then came the malpractice suit against the doctor who refused to believe he had a problem.

I read page after page and can tell you that I believe every word to be the truth. I've actually known young girls who have gone through what Cheryl went through, not with their father but brothers, cousins and their friends. They were afraid to tell anyone because of the threats that were made to them. Like Cheryl, these were kids who actually feared for their lives and the lives of those they loved. As for Rob, his death is a documented event. There have been others before and after him to actually die just to be brought back but very few who were dead for so long. His physical and mental abilities were severed to a degree but today, five years later, he is recovered without any significant physical damage or brain damage remaining. He does what he can to keep going with his new gift of life and was named Nurse of the Year-New York in 2015. As for his 'doctor,' you'll have to read the book to know how that turned out.

This book is well worth reading for anyone of just about any age. As Cheryl says about their lives being made public through this book 'even if I help just one person, it will be worth it.' I agree with her.

KatRat
4.0 out of 5 stars Completely disgusted with school services and family services
Reviewed in Canada on 16 December 2017
Verified Purchase
Still not convinced she didn't deserve more time. A serious crime committed. Completely disgusted with school services and family services. No matter what the year was. Abused children DO NOT TALK especially around those in question. God bless this woman for saving her sister.
Read more
Helpful
Sending feedback...
Thank you for your feedback.
Sorry, we failed to record your vote. Please try again
Report abuse

Linda
5.0 out of 5 stars A Must Read
Reviewed in the United States on 18 January 2017
Verified Purchase
Buy this book. This woman and her family have a lot to teach all of us. I bought it because when I heard about their story, I wanted them to make money off the sale of the book. After reading it, I want people to know about it so they can learn a lot. For me, the book could have a sub-title called "Evil, Justice, and Love." Thank you for having the courage to tell this story. I have no doubt others will learn and grow from reading it. Highly recommend.
Read more
29 people found this helpful
Helpful
Sending feedback...
Thank you for your feedback.
Sorry, we failed to record your vote. Please try again
Report abuse

Vicki B
2.0 out of 5 stars While the book was interesting the husband's anger regarding his ...
Reviewed in the United States on 29 April 2017
Verified Purchase
While the book was interesting the husband's anger regarding his own medical dilemma was a big turn off for me.
He constantly blamed the doctor, did not stop smoking (after being warned 5 years previously), and never went for a second
opinion. As a retired nurse, a former smoker and avid reader I found that to be absurd, with a capital A. Cheryl's issues seemed
to take a back seat to his which were no less earth shattering than his. By the way, I have profound deafness after measles at 8 yrs. old,
a cerebral aneurysm, which left me blind in one eye, at 29 yrs. old so I am no stranger to life changing events. I went on to become a registered
nurse and sometimes we just need to play the hand we're dealt with gratitude that we survived and are able to help others do the same.
Read more
18 people found this helpful
Helpful
Sending feedback...
Thank you for your feedback.
Sorry, we failed to record your vote. Please try again
Report abuse

Deborah Lacovara
4.0 out of 5 stars This book hit close to home
Reviewed in the United States on 10 March 2017
Verified Purchase
I taught at the high school that Cheryl and Rob attended and remember the morning of her father's death like it was yesterday. I'm relieved to read that she was able to move past the horror of her upbringing and raise a beautiful family. It would have been very easy for Cheryl to sink into a life that was completely unsuccessful and bitter but thankfully she had very strong role models in her friends and in laws to guide her through life.
Read more
18 people found this helpful
Helpful
Sending feedback...
Thank you for your feedback.
Sorry, we failed to record your vote. Please try again
Report abuse
See all reviews
Get FREE delivery with Amazon Prime
Prime members enjoy FREE Delivery and exclusive access to movies, TV shows, music, Kindle e-books, Twitch Prime, and more.
> Get Started
Back to top
Get to Know Us
Make Money with Us
Let Us Help You
And don't forget:
© 1996-2020, Amazon.com, Inc. or its affiliates