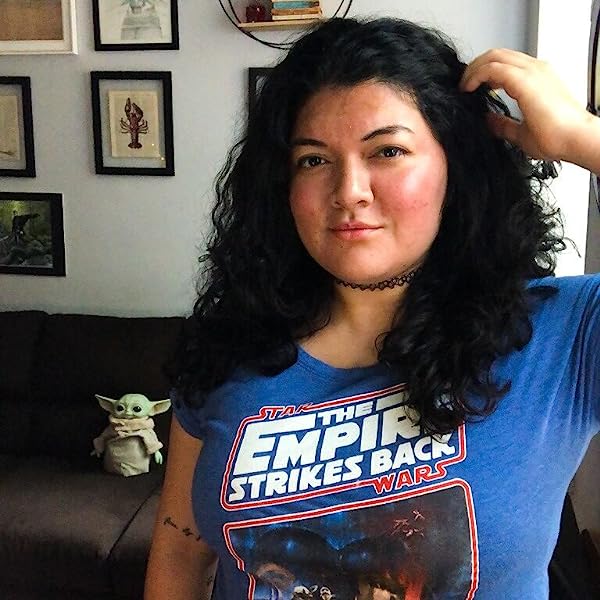 Page 1 of 1 Start overPage 1 of 1
Previous page
Next page
Start reading Incendiary (Hollow Crown) on your Kindle in under a minute.

Zoraida Córdova is the author of many young adult fantasy novels including Incendiary, Star Wars: A Crash of Fate, the Brooklyn Brujas series, and The Vicious Deep trilogy. Her novel Labyrinth Lost won the International Book Award for Best Young Adult Novel in 2017. Her short fiction has appeared in the New York Times bestselling anthology Star Wars: From a Certain Point of View, Toil & Trouble: 15 Tales of Women and Witchcraft, and Come on In. She is the co-editor of the anthology Vampires Never Get Old. Zoraida was born in Ecuador and raised in Queens, New York. When she isn't working on her next novel, she's planning a new adventure.

4.4 out of 5 stars
4.4 out of 5
204 global ratings
How are ratings calculated?
To calculate the overall star rating and percentage breakdown by star, we don’t use a simple average. Instead, our system considers things like how recent a review is and if the reviewer bought the item on Amazon. It also analyses reviews to verify trustworthiness.

LarsLovesBooks
5.0 out of 5 stars Holy smokereoo!
Reviewed in the United Kingdom on 10 May 2021
Verified Purchase
I gulped this in one sitting - this is sooo good! I’m glad I’m reading it now when I have the next book cos I would have been driven insane!

Soo many twists and turns and back and forths - I don’t know who to trust except to think trust no one! The revelations at the end had me glued to the screen. I’m deducting half a mark just because of the frustration of trying to piece everything together.

MiuTheCat
5.0 out of 5 stars Incredibly captivating
Reviewed in the United Kingdom on 22 February 2021
Verified Purchase
Gripping story, very well written, fascinating world building! I enjoyed this book immensely and I’m anxious to start the next one !
Read more
Report abuse

Kindle Customer
5.0 out of 5 stars Wow!
Reviewed in Canada on 29 December 2020
Verified Purchase
Amazing! 10/10. Highly recommend this one. Very excited for the next in this series. Pre-order the next book already! Read it!
Read more
Report abuse

Sihame
4.0 out of 5 stars So goood !
Reviewed in France on 24 January 2021
Verified Purchase
I loved it ! Read in a week ( didn’t have time because of school. At first it is a bit slow but the writing kept me reading. You think you know where the book is going but the writer kept surprising us, in a good way of course! Im very excited for the next book coming !
Read more
Report abuse

Tails32x
2.0 out of 5 stars A failure on most levels.
Reviewed in the United States on 21 May 2020
Verified Purchase
Imagine a story where a character has no one to talk to. After an exciting beginning, Incendiary loses its way with a “meh” main character who gets stuck with a ragtag group of heroes who hate her. And when she gets “captured” she deals with more people who hate her. Hundreds of pages of people hating someone just isn’t fun to read. It’s a shame because the universe is cool, but the story fails to deliver on nearly every level. As for the ending, it’s plot twists up the wazoo, and it all ends up too contrived and undos the previous 300 pages. A cool concept but not worth your time.
Read more
11 people found this helpful
Report abuse
See all reviews
Back to top
Get to Know Us
Make Money with Us
Let Us Help You
And don't forget:
© 1996-2021, Amazon.com, Inc. or its affiliates