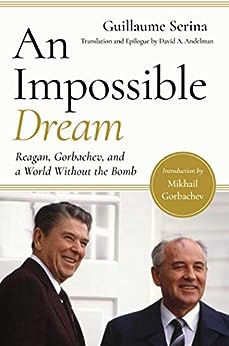 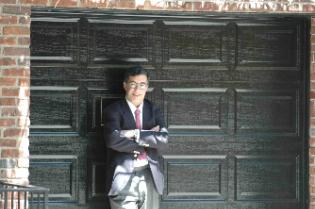 An Impossible Dream: Reagan, Gorbachev, and a World Without the Bomb Kindle Edition

A straightforward, no-frills account by a French journalist of the Reagan-Gorbachev negotiations that came achingly close to abolishing nuclear weapons.--William Taubman, Pulitzer Prize-winning author of GORBACHEV: His Life and Times

Guillaume Serina's book seeks to build a bridge between yesterday and today. The detailed account of my meetings with President Ronald Reagan in Geneva and Reykjavik, pieced together from interviews with some of the key participants and observers, puts in perspective what we tried to accomplish in Iceland: ridding the world of all nuclear weapons.--Mikhail Gorbachev

I am grateful to Guillaume Serina and this book, which reveals how two of the most powerful leaders in the world tried--in the midst of the Cold War--to get rid of nuclear weapons. It's a fascinating book. One that Donald Trump and Vladimir Putin should read and carefully consider.--Paul Quiles, Former French Defense Minister and President of the Nuclear Disarmament Initiative

Serina gets into the minds of the two presidents and their advisers, recounting with suspense the manner in which events unfold. The originality of this account of the Reagan-Gorbachev summit resides as much in the story of the events as the writings of Serina, who brilliantly recreates the warm breath of history.--Radio France International

Serina's research becomes particularly revelatory as he explains the immediate aftermath of the Reykjavik summit. A historical account that feels refreshing because of the author's neutral perspective as neither American nor Russian.-- (06/01/2019)

Tantalizing. Serina's account paints a vivid and valuable pictures of the two-day meeting in the Icelandic capital.-- (08/18/2019) --This text refers to an alternate kindle_edition edition.

Guillaume Serina, a historian and graduate of the Sorbonne, is currently the outreach coordinator for the International School of Los Angeles. An experienced journalist, he has covered three U.S. presidential elections for several European media and has published five books in French, including the first French-language biography of Barack Obama. He lives in Los Angeles, California. --This text refers to an alternate kindle_edition edition.

CBS
3.0 out of 5 stars A French Slant on a Historic Meeting
Reviewed in the United Kingdom on 1 October 2019
Verified Purchase
This is an interesting but not exactly compelling read. The Reagan-Gorbachev summit of October 1986 in Reykjavik was arguably the pivotal meeting that led to the ending of the Cold War. The summits of 1987 and 1988 on US territory were greater televisual and ceremonial occasions, but Reykjavik was the game-changer.

To that extent, Guillaume Serina has picked a good subject. But, for immediacy, detail and compulsive reading quality, the account of Don Oberdorfer (The Turn, 1992) is far superior. Other excellent accounts also exist, that I just haven't read. M. Serina's book suffers from sometimes awkward translation from French, with resulting linguistic errors and oddities. For example, there's a lot of 'emotion' (literally) in this book. The word is used to describe the sense of meetings and the state of mind of protagonists; the literal translation doesn't quite get the (likely) intended meaning, which is closer to 'sentiment', 'vibe' or 'atmosphere'. Similarly, metric measures are slavishly converted to imperial: 1,000 kilometres becomes 625 miles; 250 kilometres is 160 miles. Mistakes result: the range of an SS-20 IRBM becomes 65 miles. They should have left all the KMs and KGs untouched.

The first third of the book is in essence a quick tour of US-Soviet relations, leaders and arms-control efforts up to the advent of Gorbachev. It's a bit superficial and carries nothing new for anyone who is even somewhat a student of the era. The coverage of Reykjavik itself -- 11-12 October 1986 -- is of interest for its Soviet-leaning approach and its evident access to Soviet sources unavailable to earlier authors. But it just doesn't do the level of incisive detail and atmosphere that distinguishes Oberdorfer's treatment of nearly 30 years earlier.

The aftermath of the great meeting casts the Americans largely in spin-and-cover-up mode, with the Soviets somewhat on the moral high ground. Maybe this is a necessary corrective to earlier, more US-centric, accounts but I'm not sure it rings true. And the book ends with what is, in essence, a plea for total multilateral nuclear disarmament. M. Serina doesn't answer the obvious problem of the absolute power of the last guy (maybe Mr Kim?) holding just one nuke. You can't uninvent a technology, and no prudent ruler will completely disarm where it is possible that the other guy, by subterfuge, does not.

An OK read, but not the most gripping, nor the most realistic.
Read more
One person found this helpful
Report abuse

Peter
5.0 out of 5 stars The dream that nearly came true in Reykjavik
Reviewed in the United Kingdom on 28 October 2019
Verified Purchase
Guillaume Serina's "An Impossible Dream" is fairly short volume of work, but it is worthy piece of writing about the second Reagan-Gorbachev summit in Reykjavik, Iceland in October 1986 that fell short of eliminating the superpowers of nuclear stockpile.
The book is impressive in detailing that summit. It presents great insight from negotiations and how close the two leaders came to a world without the bomb.
I must admit that I never realised how close a deal was until I read the book. One has to reflects at the opportunity lost in Reykjavik, but still be amazed at how Gorbachev and Reagan considered the option before them during the two-days they met in the Hofdi House.
The Reykjavik summit and its impact was an important chapter as the Cold War was coming to a close. This book helps in ensuring that it is remembered.
Read more
Report abuse
See all reviews
Back to top
Get to Know Us
Make Money with Us
Let Us Help You
And don't forget:
© 1996-2021, Amazon.com, Inc. or its affiliates