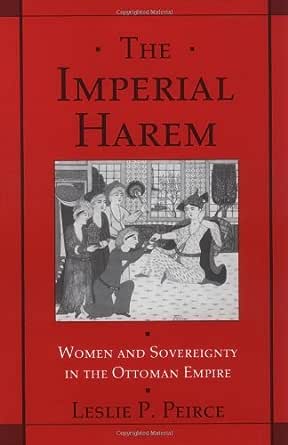 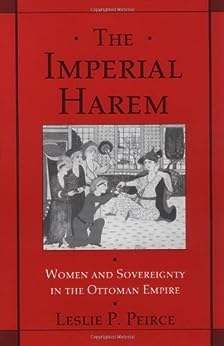 "The harem described in Leslie P. Peirce's fascinating book is not the lascivious sexual playground conceived by the Western imagination but the locus of power in the Ottoman empire....The general thesis of this outstanding book--that the power wielded by the women of the imperial harem was real, and that it stood in an organic relation to broader Ottoman political traditions and practice--will be widely accepted."--American Historical Review "Peirce's work effectively reinforces recent work on the post-Süleymanic period, while at the same time revising scholarship about the imperial harem and the dynastic family. In doing so, her book is a significant contribution to the field."--The Historian "The Imperial Harem is the definitive book on its subject. While it is excellent reading for students of women's studies, it is an important contribution to Ottoman history as well."--MESA Bulletin "A tour de force. Peirce has brought her detailed knowledge of Ottoman harem politics to revise a fundamental question of Ottoman historiography: how did the dynasty adjust to the transformation of imperial ideology necessary in light of the regime's change from aggressive expansion to stasis."--Carl F. Petry, Northwestern University "This is an excellent book, and a new departure in women's history within the Islamic field. Peirce discusses women not as a class apart, not as part of dynastic politics in the Ottoman Empire, thus shedding new light on political processes, and showing women to be an integral part of the dynasty."--Beatrice Manz, Tufts University "[A] monumental study....Peirce's facility in traversing boundaries between the East and the West is striking....[an] invaluable feminist study...of interest to students and scholars of history, politics, and sociology as well as any feminist."--Signs

The unprecedented political power of the Ottoman imperial harem in the sixteenth and seventeenth centuries is widely viewed as illegitimate and corrupting. This book examines the sources of royal women's power and assesses the reactions of contemporaries, which ranged from loyal devotion to armed opposition. By examining political action in the context of household networks, Leslie Peirce demonstrates that female power was a logical, indeed an intended, consequence of political structures. Royal women were custodians of sovereign power, training their sons in its use and exercising it directly as regents when necessary. Furthermore, they played central roles in the public culture of sovereignty--royal ceremonial, monumental building, and patronage of artistic production. The Imperial Harem argues that the exercise of political power was tied to definitions of sexuality. Within the dynasty, the hierarchy of female power, like the hierarchy of male power, reflected the broader society's control for social control of the sexually active.

Phil Gerber
5.0 out of 5 stars Succession of the Fittest (strangulation for the rest)
9 March 2018 - Published on Amazon.com
Verified Purchase
This is an extremely fascinating (and inevitably depressing) examination of the bizarre but apparently effective system of succession in the Ottoman Empire (primarily during the "Golden Age" of the 16th-17th centuries, although it reaches all the way back to the founding of the dynasty by Osman I in the 14th century). While its origins are clearly traceable to earlier Islamic and Turkish customs, the Ottoman succession evolved into a unique and very Darwinian system of "succession of the fittest" (and strangulation for all the rest), where fitness was a very loose calculus of luck, political skill, popularity the government connections of each prince and his mother (every prince's only certain partisan), and - perhaps most importantly - the whims of the reigning Sultan. The author argues that this led to an extremely stable political system (since there were rarely any adult males in the family around to challenge the reigning Sultan), although it led to some very close calls where the House of Osman was reduced to one male member and no one knows what might have happened had he died before producing a male heir. There are a great many fascinating tales and vignettes within the book, but this is definitely aimed at an academic audience and expects at least a basic understanding of the history of the Ottoman Empire in particular and Islamic political history in general.
Read more
5 people found this helpful

Michael Valdivielso
4.0 out of 5 stars Women and Power within the Ottoman Empire.
13 March 2003 - Published on Amazon.com
Verified Purchase
First off the book explains WHY female harems existed in the first place. The simple answer is this. If the sovereign gets married to a Princess of another power that power could lay claim to the throne. BUT if he has offspring with a bunch of slaves, women who are not of the Muslim faith and are not linked to powerful families, than outsiders could not lay claim to the throne by right of blood.
Yet don't think these concubines were powerless. In fact, through their sons and daughters, through networks based on retainers, son-in-laws and slaves, they gained great influence and wealth. Mothers of princes, wives and royal mothers to the Sultans of the Ottoman Empire, they were a big part of the inner workings and political events within the palace.
They were eyes and ears of the Sultan when he was away, they were symbols of benevolence and powerful diplomats for the Empire, they were tutors and guardians for their sons.
The book has a helpful glossary, a two page genealogical chart, two maps and is VERY detailed. I would suggest this book ONLY to people interested in the Ottoman Empire, the Middle East or women in history. It is also VERY dry.

sandra l tapp
5.0 out of 5 stars Five Stars
9 September 2015 - Published on Amazon.com
Verified Purchase
Perfect, exactly what I needed for my SCA research
Read more
One person found this helpful

Kady Donmez
5.0 out of 5 stars Great for Ottoman Historians
11 May 2016 - Published on Amazon.com
Verified Purchase
This is a great book for anyone interested in learning about the imperial harem of the Ottoman Empire
Read more
Go to Amazon.com to see all 8 reviews 4.0 out of 5 stars
Get FREE delivery with Amazon Prime
Prime members enjoy FREE Delivery and exclusive access to movies, TV shows, music, Kindle e-books, Twitch Prime, and more.
> Get Started
Back to top
Get to Know Us
Make Money with Us
Let Us Help You
And don't forget:
© 1996-2020, Amazon.com, Inc. or its affiliates