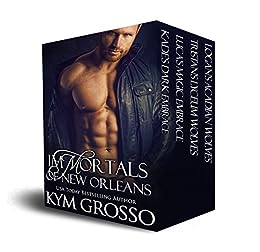 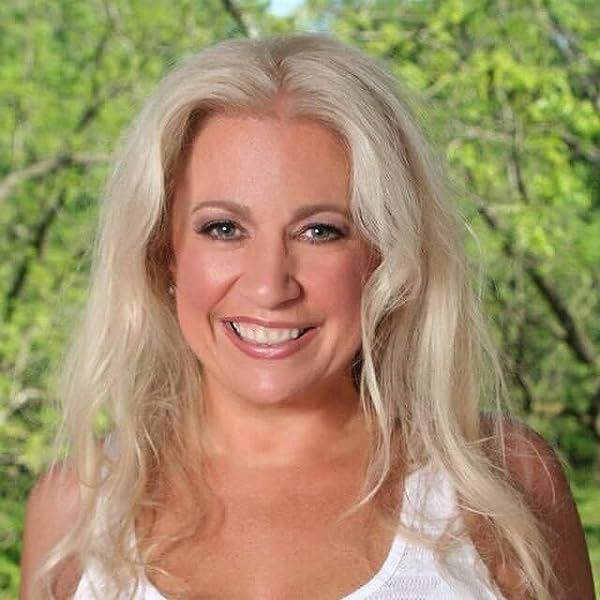 4.6 out of 5 stars
4.6 out of 5
314 global ratings
How are ratings calculated?
To calculate the overall star rating and percentage breakdown by star, we don’t use a simple average. Instead, our system considers things like how recent a review is and if the reviewer bought the item on Amazon. It also analyses reviews to verify trustworthiness.

Susan Newman
5.0 out of 5 stars Loved This Series!!!
Reviewed in Australia on 27 January 2015
KADE'S DARK EMBRACE (Book 1)
Fantastic story, especially on audio! Sydney and Kade are wonderful. Sydney is strong, courageous and independent. Kade is overbearing, protective, sexy and determined. Their relationship starts rocky and is a blast to watch unfold. The other characters are as well created and irresistible. The plot is dark and twisted, fast-paced and entertaining. I was shocked that this is the debut paranormal for Kym Grosso - - - and I cannot wait for more!
LUCA'S MAGIC EMBRACE (Book 2)
This is Book 2 in a wonderful sexy series…..The Immortals of New Orleans. In this book, Luca's Magic Embrace, The chemistry between Luca and Samantha is hot hot hot!!! This is a wonderful love story. The steam factor between the two of them keeps rising to on fire throughout the book. There was a lot of adventure, and kept me hooked until the end...loved it!!!
TRISTAN'S LYCEUM WOLVES (Book 3)
This is book 3 in the series. I loved the story of Tristan and Kallie. Great interaction between the two of them. Interesting premise of a drug that stops shifters from shifting. Loves of shifting and Hot sex, including a ménage! Really loving this series! On to book 4. Fantastic book for all paranormal lovers.
LOGAN'S ACADIAN WOLVES (Book 4)
OMG, book 4 was my favorite in the series. I loved the story of Logan and Wynter. This book was off so steamy, my Kindle was getting really warm. The ménage scene with Logan, Wyn and Dimitri was so hot!!! This was a longer story, but well worth every page!!
Read more
Helpful
Report abuse

almoncla
5.0 out of 5 stars Steamy Paranormal Romance Box Set
Reviewed in Australia on 23 January 2015
I have loved this series since the first Book, Kade's Dark Embrace. Sydney Willows, is forced to work with sexy, alpha vampire, Kade Issacson and the fireworks start form the beginning.. Kym Grosso takes you into a world of Vampires, Shifters set in the city of New Orleans, one of my favorite places to visit. Every book in this series gets better than the one before it, you fall in Love & Lust with these sexy Alpha characters and the women who try to tame them.. When you read Book 1-4 your going to want to grab the others and continue in the world that Kym Grosso has created with Immortals of New Orleans
Read more
Helpful
Report abuse

JJ26
5.0 out of 5 stars Great read
Reviewed in Australia on 9 May 2020
Verified Purchase
A series that should be read in order to get the most out of the stories. Great characters and great suspense. Logan and Wynter’s story is my favourite so far. Great suspense and a twist the reader won’t see coming. Highly recommended.
Read more
Helpful
Report abuse
See all reviews

Jenny
4.0 out of 5 stars Just love these books
Reviewed in the United Kingdom on 2 February 2016
Verified Purchase
Just love these books, a bit different to my normal reading, but am enjoying the Vampires, wolves and witches stories. An easy read for me, great story lines, lots of romance, sex ,adventure and intrigue rolled into these four books. A bit predictable in parts, but I still enjoyed reading them. You quickly relate to the characters, and I could hardly put my kindle down at times ! Would recommend !
Read more
Report abuse

carol morgan
5.0 out of 5 stars addictive
Reviewed in the United Kingdom on 12 April 2015
Verified Purchase
totally love these books , each story grips you & has a nice twist , although they are seperate stories on their own the characters all interact in each story , if you like werewolves , vampires , hot sex & good plots you will not be sorry you read these books in fact you will be reaching for the next as soon as you finish the one you're reading
Read more
Report abuse

A Waldron
4.0 out of 5 stars A good read!
Reviewed in the United Kingdom on 21 April 2021
Verified Purchase
Enjoyable read, that was hard to put down, at times. All the stories are linked together through sires, alpha's and close friends. I found parts to be a little long-winded, but on the whole I enjoyed the storylines and the interaction.
Read more
Report abuse

Christine Holmes
5.0 out of 5 stars Great series shifters, vampires, witches and sexy mates
Reviewed in the United Kingdom on 23 January 2015
Verified Purchase
These stories are well written with excitement, imagination and great sexy scenes. It's easy to get to like the characters and the Big Easy main setting is vibrantly brought to life. Can't make up my mind which Alpha lead character is my favourite.
Read more
Report abuse