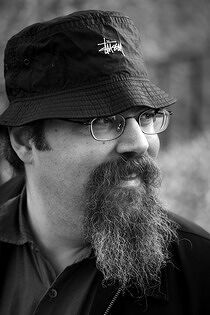 Imbibe! Updated and Revised Edition: From Absinthe Cocktail to Whiskey Smash, a Salute in Stories and Drinks to Professor Jerry Thomas, Pioneer of the American Bar Hardcover – 1 January 1900

by David Wondrich (Author)
4.8 out of 5 stars 625 ratings
See all formats and editions
Sorry, there was a problem loading this page. Try again.

Cocktail writer and historian David Wondrich presents the colorful, little-known history of classic American drinks--and the ultimate mixologist's guide--in this engaging homage to Jerry Thomas, father of the American bar. Wondrich reveals never-before-published details and stories about this larger-than-life nineteenth-century figure, along with definitive recipes for more than 100 punches, cocktails, sours, fizzes, toddies, slings, and other essential drinks, along with detailed historical and mixological notes. The first edition, published in 2007, won a James Beard Award. Now updated with newly discovered recipes and historical information, this new edition includes the origins of the first American drink, the Mint Julep (which Wondrich places before the American Revolution), and those of the Cocktail itself. It also provides more detail about 19th century spirits, many new and colorful anecdotes and details about Thomas's life, and a number of particularly notable, delicious, and influential cocktails not covered in the original edition, rounding out the picture of pre-Prohibition tippling. This colorful and good-humored volume is a must-read for anyone who appreciates the timeless appeal of a well-made drink-and the uniquely American history behind it.
Read more
Previous page
Next page

This isn't just nostalgia or hipster, artisanal stuff or tongue-in-cheek. David Wondrich is a serious historian that recognized that an American art form had been interrupted in its prime. And it would actually take serious painstaking work to revive it...Because of him, more than because of anybody else, we are in the midst of a national renaissance, something that we by right own as a country.
--Rachel Maddow David Wondrich is a such an envy-producing polymath that it drives me to drink. Brilliant historian, beautiful writer, former punk rocker, absinthe-maker, mixological marvel, and perhaps, yes, even WIZARD. Plus he can grow an amazing beard. There are few people in the world I rely on to be so authoritative and so entertaining all at once, and to mix an amazing cocktail at the same time. And those few people are DAVID WONDRICH.
--John Hodgman, author of The Areas of My Expertise [Jerry] Thomas finally gets his due in Imbibe!....Mr. Wondrich puts the drinks in context, with their ingredients explained, their measurements accurately indicated, and their place in the overall cocktail scheme clearly mapped out. At the same time, Thomas himself appears, for the first time, as a living presence: a devotee of bare-knuckle prize fights, a flashy dresser fond of kid gloves, an art collector, a restless traveler usually carrying a fat wad of bank notes and a gold Parisian watch. A player, in short.
--William Grimes, The New York Times This book will leave you shaken and, I hope, stirred. Wondrich, one of the top spirits writers in the country, delves into the rich and fascinating history of mixology in America.
--USA Today Imbibe brings back the delicious forgotten cocktails created by a pioneering American bon vivant....This book is a model for food history writing....[Wondrich is] always an enjoyable writer, curious, eager, mildly opinionated and with a taste for the amusing.
--The Los Angeles Times Cocktail connoisseurs and history buffs will find this book an essential addition to their reference libraries.
--The San Francisco Chronicle Wondrich offers what amounts to a history of industrial-age America writ in booze, covering everything from punches, fizzes, and sours to toddies, slings, and juleps.
--Saveur, Top Ten Reads How and why America rose to world preeminence in mixology is explained zestfully in Imbibe!.
--Forbes With Imbibe!, David Wondrich's biography of 19-century mixologist Jerry Thomas, cocktails do the time warp.
--New York Daily News Wondrich delivers a well-researched chronicle of Professor Jerry Thomas's life and times as late 19th-century bartender extraordinaire...a lovely homage to Thomas's indomitable spirits.
--Publishers Weekly David Wondrich has drunk his way through two centuries of American cocktails and other mixed drinks. He emerges to tell us, with clarity and wit, what he encountered, how it was made. and how to make it now. In his recreations of the drinks of yesteryear, he stops at nothing, even growing his own snakeroot to make Jerry Thomas' Bitters. Thomas was called the Professor in his day. If this title belongs to any living expert on the cocktail, it belongs to Wondrich.
--Lowell Edmunds, author of Martini, Straight Up

David Wondrich is one of the world's foremost authorities on cocktails and their history, and one of the founders of the current craft cocktail movement. Esquire's long-time Cocktail Correspondent, he also writes for a host of other magazines on the subject, and when he's not writing about it, he's probably lecturing on it--or resting his liver. Dr. Wondrich holds a Ph.D. in comparative literature, is the winner of five Tales of the Cocktail Spirit Awards for his writing and is a partner in Beverage Alcohol Resource, the world's leading advanced education program in spirits and cocktails. He lives in Brooklyn, New York.
Tell the Publisher!
I’d like to read this book on Kindle

David Wondrich was born on the banks of the Monongahela and raised mostly in suburban New York City. After working as a house painter, a mattress stuffer, messenger, clerk and process server for a mob lawyer, bass player in more bands than he can count and a dozen other things, he settled down and earned a doctorate in Comparative Literature, specializing in Latin scientific poetry. That led to a job as an English professor, which he didn't like. What he did like was writing about jazz and ragtime for the Village Voice and the New York Times and about cocktails for Esquire, a job he began in 1999 and did until 2016. Today he is the Senior Cocktail Columnist at the Daily Beast. He is the Editor in Chief of the Oxford Companion to Spirits and Cocktails (2021). Imbibe, his 2007 tribute to Professor Jerry Thomas, has become an essential text for bartenders and cocktail geeks alike. It is the first cocktail book to win a James Beard award. Punch, his 2010 follow-up, has helped refill the flowing bowl around the world.

4.8 out of 5 stars
4.8 out of 5
625 global ratings
How are ratings calculated?
To calculate the overall star rating and percentage breakdown by star, we don’t use a simple average. Instead, our system considers things like how recent a review is and if the reviewer bought the item on Amazon. It also analyses reviews to verify trustworthiness.

Jeanette Edwards
2.0 out of 5 stars Arrived damaged
Reviewed in the United Kingdom on 6 March 2020
Verified Purchase
It arrived with a broken spine
Read more
2 people found this helpful
Report abuse

Tomi'sAmazon
5.0 out of 5 stars Amazing
Reviewed in the United Kingdom on 13 February 2020
Verified Purchase
Amazing book for anyone wanting to know a bit of history surrounding the bar industry
Read more
Report abuse

Lili
5.0 out of 5 stars The must have !
Reviewed in the United Kingdom on 12 April 2013
Verified Purchase
Really interesting book.
Well structure.
One of my favorite and a great tool for a bartender !
It takes you back in time and give you much more information about Jerry Thomas.
It also contain some great cocktails recipes.

Alex
4.0 out of 5 stars Read, enjoy and learn...
Reviewed in the United Kingdom on 22 February 2013
Verified Purchase
reading this book you would certainly know few more stories about some classic and more than few recipes of bitters, bottle cocktails and much more.
Read more
Report abuse
See all reviews
Back to top
Get to Know Us
Make Money with Us
Let Us Help You
And don't forget:
© 1996-2022, Amazon.com, Inc. or its affiliates