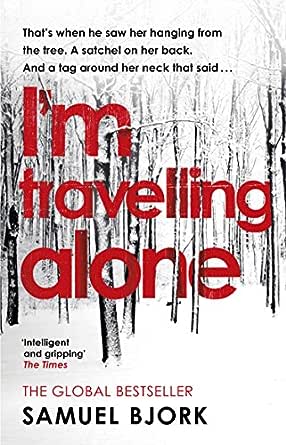 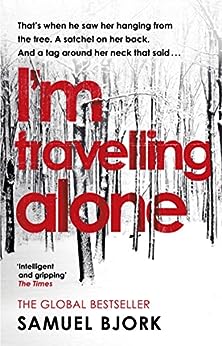 "Samuel Bjork’s formidable I’m Travelling Alone is despatched with real élan . . . Mia’s confrontation with both her own demons and a very human one is mesmerising fare" (Independent)

"A compelling novel, with plenty of intrigue and some splendid action sequences" (Guardian)

Belinda Harvey
5.0 out of 5 stars Wow
11 May 2016
Format: Kindle EditionVerified Purchase
Every now and then you read a new author who really blows you away.
This book will keep you on edge till the last page . I have pre ordered the next book.
Read more
Helpful
Comment Report abuse

Mr Gregory Miller
5.0 out of 5 stars Crafty thriller
2 August 2016
Format: Kindle EditionVerified Purchase
A new read for me, and I will come back for more. Mia and Holger are a great pairing. Demons, complimentary skills and a shared integrity abound.
Read more
Helpful
Comment Report abuse

Go to Amazon.com to see all 126 reviews 4.2 out of 5 stars
Get FREE delivery with Amazon Prime
Prime members enjoy FREE Delivery and exclusive access to movies, TV shows, music, Kindle e-books, Twitch Prime, and more.
> Get Started
Back to top
Get to Know Us
Make Money with Us
Let Us Help You
And don't forget:
© 1996-2020, Amazon.com, Inc. or its affiliates