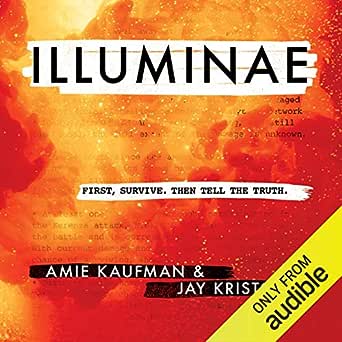 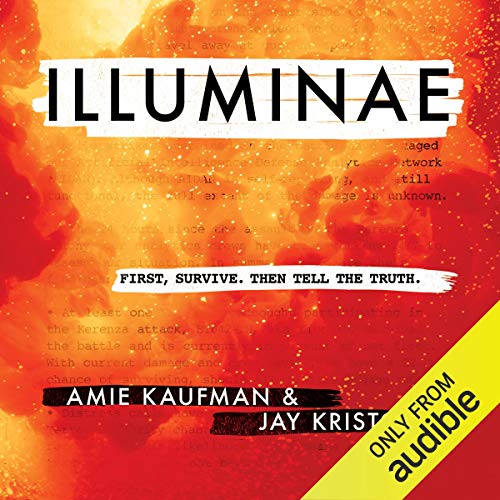 Casey Carlisle
TOP 500 REVIEWER
5.0 out of 5 stars This book will blow you apart, infect you & melt you into a pool of goo… sci-fi wizardry!
14 September 2018
Format: Hardcover
I was excited to get this book. All the hype around its promotion and some great reviews from fellow bloggers had me all in a tizzy. But I held off until I had a decent chunk of time to really delve into ‘Illuminae’ and I’m so glad I planned it that way… and luckily I remained spoiler free, so the ride was even more delectable.

This book is a little bit different; and I’m not just talking about its formatting. With expert pacing and tension building to an explosive conclusion there is a lot to like. I was yanking up my feet as our protagonist, Kady climbed, Dodging in my chair as the love interest, Ezra fired on the enemy in his Cyclone fighter drone. I even felt comradery with my laptop at the heroic actions of the ships artificial intelligence AIDAN. It has been a while since I have enjoyed a book so thoroughly.

With a narrative consisting of a collection of documents – conversations, logs, IM’s, emails – it does not detract from the story at all. Some parts are thoroughly artistic in their expression as words placed unconventionally on the page. It was a refreshing and delightful reading experience.

Kady had me sold from the first page. She’s capable and focused without that whole rude sassy thing. Her never-give-up hacker attitude added some of the best reading I’ve experienced in while as she faced some incredible odds. This chick rocks! I think the omnipotent POV allowed the action and pacing to excel without long winded inner dialogue from our heroine, just as it lent varying emotions in more intimate and lonely moments.

Ezra blew me away. He’s not the most capable of boys, but he’s got major kahoonies. He’s the kind of book boyfriend I love to read about. Even though he and Kady are separated for nearly all of the story, there is no sense of distance in their relationship even though he’s an ex – which is a feat in itself when you consider this story is told in snippets of reports, dialogue and documentation. Kaufman and Kristoff – we are not worthy! With moments where Ezra was so terrified he was going to soil his space suit, to sending out words of encouragement, we really see Ezra dig deep to survive in this all out hailing storm of excrement.

AIDAN : What a strange binary fellow. As a character he/she/it goes through the most significant change. I finished the book feeling both creeped out, and endeared about AIDAN. And I’m still not sure if he was simply misunderstood for playing the bigger game throughout the plot, or if evolution through computer error showed us his humanity (maybe it was both?) But I think I’m most looking forward to finding out about AIDAN in the upcoming sequel.

This was also my first introduction to the writings of both Jay Kristoff and Amie Kaufman (and proud that they are fellow Aussie authors) and am adding there back catalogue to my collection – and if anyone can tell me if there is a way to pause time so I can indulge in my reading addiction without wasting weeks on end, hit me up.

A true masterpiece and I highly recommend you get your hands on a copy right away! This sci-fi geek girl just about spontaneously combusted.


Read more
Helpful
Comment Report abuse
There is 1 customer review and 2 customer ratings.
See all 1 customer reviews
Write a customer review
Get FREE delivery with Amazon Prime
Prime members enjoy FREE Delivery and exclusive access to movies, TV shows, music, Kindle e-books, Twitch Prime, and more.
> Get Started
Back to top
Get to Know Us
Make Money with Us
Let Us Help You
And don't forget:
© 1996-2020, Amazon.com, Inc. or its affiliates