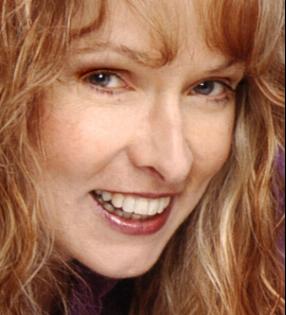 by Cecilia Dart-Thornton (Author)
4.3 out of 5 stars 57 ratings
See all formats and editions
Sorry, there was a problem loading this page. Try again.

Revised and extended, with extras never before published, including information about Ms Dart-Thornton's life as an author and fragments of her unpublished juvenilia.

'The Stormriders land their splendid winged stallions on the airy battlements of Isse Tower. Far below, the superstitious servants who dwell in the fortress's lower depths tell tales of wicked creatures inhabiting the world outside, a world they have only glimpsed.
'Yet it is the least of the lowly - a mute, scarred, and utterly despised foundling - who dares to scale the Tower, sneak aboard a Windship, and then dive from the sky.
'The fugitive is rescued by an adventurer who gives it a name, the gift of communicating by handspeak, and an amazing truth, never guessed. Now Imrhien begins a journey to distant Caermelor, seeking a wise woman whose skills may be lifechanging. Along the way Imrhien must survive a wilderness of endless danger. For the hearthside tales are all true. The unhuman wights are real in all their legions. They haunt every pool, every turn in the road, and threaten and torment all travelers.'

Author Cecilia Dart-Thornton was discovered on the Internet. She had written the three books of the Bitterbynde Trilogy before she uploaded the first chapter to a Writers' Workshop, where her work was spotted by an editor. Shortly afterwards Time-Warner's publishing department (New York) offered her a contract. They published her books in hardcover, the first time they had ever done so with a new author. The Bitterbynde Trilogy hit the best-seller lists world-wide and has been translated into five languages.

Dart-Thornton's Bitterbynde trilogy - each book, and all three together, DESERVE TO WIN EVERY FANTASY AWARD THERE IS. This glorious book gives my back my faith in fantasy fiction... a stunning representative of its field... to Cecilia Dart-Thornton I extend the plea: More! More!
- TANITH LEE, World Fantasy Award Winner

The Ill-Made Mute is THE BEST FANTASY NOVEL I'VE READ. . . at last, a book to get excited about.
- THE MERCURY - Tasmania

A buzzing proliferation of NEW WORLDS, weaving in and out of the psychic profile of our own.
- THE WASHINGTON POST

With deep roots in folklore and myth, tirelessly inventive, fascinating, affecting and profoundly satisfying - and Dart-Thornton has plenty in reserve for sequels. A STUNNING, DAZZLING DEBUT.
- KIRKUS REVIEWS

This is an enjoyable entree to The Bitterbynde. LIKE TOLKIEN and many of the best fantasy writers, Dart-Thornton has created a wonderful fantasy world that is a delight to wander through.
- THE HERALD SUN

Cecilia Dart-Thornton is the author of numerous bestselling fantasy novels, notably the Bitterbynde Trilogy. The Washington Post reported that the first summer after Neilsen Booktrack launched in Australia, it showed Dart-Thornton's newly launched fantasy tome The Ill-Made Mute hitting the Herald's best-seller list, ranked next to mainstream authors and 'serious' fiction. Technology, in one swift blow, destroyed a decades-long publishers' bias against fantasy. It demonstrated that what people were really buying was simply not reflected in the old bestseller lists, based as they were on reports from a small panel of bookshops. The reality was, people were buying fantasy - in particular, they were buying The Ill-Made Mute. This debut novel and its two sequels in the 'Bitterbynde Trilogy' went on to win fans and accolades across the globe. The Ill-Made Mute was listed on Amazon's Best, Locus Magazine's Best First Novels, the Sydney Morning Herald's Top Twenty and the Australian Publishers' Association 'Australia's Favourite Read'. It is published in five languages and distributed in more than fifty countries around the world.
Tell the Publisher!
I’d like to read this book on Kindle

Cecilia Dart-Thornton was born and raised in Melbourne, Australia, graduating from Monash University with a Bachelor of Arts degree in sociology.

She became a schoolteacher before working as an editor, bookseller, illustrator and book designer.

She started and ran her own business, but became a full-time writer in 2000 after her work was 'discovered' on the Internet and published by Time Warner (New York).

A keen supporter of animal rights and wilderness conservation, she has also branched out into such diverse industries as clay sculpting, performing in folk music bands, and digital media.

Her books are published around the world and have been translated into several languages.

'This series follows the journey of a mute, amnesiac foundling through a world of beauty and peril, teeming with faerie creatures.'

'A four-part epic fantasy describing the adventures that befall a cursed and gifted family.'

THE MIDNIGHT GAME - A young-adult fantasy novel published in a fine limited edition. (2012)

Long the Clouds are Over me Tonight (Published in the anthology Emerald Magic: Great Tales of Irish Fantasy; Tor Books, 2004)

The Lanes of Camberwell (Published by Harper Collins in the anthology DREAMING AGAIN, 2008)

The Enchanted (Published by Harper Collins in the anthology LEGENDS OF AUSTRALIAN FANTASY, 2010)

4.3 out of 5 stars
4.3 out of 5
57 global ratings
How are ratings calculated?
To calculate the overall star rating and percentage breakdown by star, we don’t use a simple average. Instead, our system considers things like how recent a review is and if the reviewer bought the item on Amazon. It also analyses reviews to verify trustworthiness.

Kindle Customer
5.0 out of 5 stars Fantastic!
Reviewed in Australia on 27 January 2014
Verified Purchase
I love every bit of folk lore woven into this incredible tale, it has you intrigued from the start and the small tales within the story are just as enthralling as the main story itself. Loved it!
Read more
One person found this helpful
Helpful
Report abuse

D. Hawthorne
TOP 1000 REVIEWER
3.0 out of 5 stars YA Fantasy Novel
Reviewed in Australia on 26 March 2018
This is a young adult fantasy novel of coming-of-age in a world of technological regression.

This is the first book in a series. As such, a plethora of characters is introduced as well as a lot of explanation. The hero/heroine, along with the reader, is the passive recipients of all of this experience. We are a bewildered child stumbling through a fantastic world.

As usual, there is a hint of a prophecy of the chosen one who will save the world. Events propel the hero/heroine towards this destiny. The hero/heroine does not have a choice in the matter.

Because the hero/heroine is so inept and so inexperienced, he/she just tries to survive while a maelstrom of events swirl around him/her.

Young adults may be more tolerant of this book than I was. I have not read the rest of the series, nor do I intend to.
Read more
Helpful
Report abuse
See all reviews

Kindle Customer
5.0 out of 5 stars Amazing!
Reviewed in the United Kingdom on 30 July 2020
Verified Purchase
A unique and original tale. One could almost describe it as topsy turvy as so much seems to happen in the wrong order. Heroes die and the main character is most unusual as is the journey undertaken. I occasionally found myself skipping pages, but the book was mostly enthralling and quite unlike any other book I've read. I look forward to part two.
Read more
Report abuse

Ms. Rachel A. Gill
5.0 out of 5 stars Good book
Reviewed in the United Kingdom on 27 December 2018
Verified Purchase
Book given as gift and receiver enjoyed it.
Read more
Report abuse

Sue Pegg
5.0 out of 5 stars Very enjoyable.
Reviewed in the United Kingdom on 5 April 2016
Verified Purchase
Attention holding, now want to read the other two books in the Trilogy.
Read more
Report abuse

kez
5.0 out of 5 stars Fantastic
Reviewed in the United Kingdom on 28 March 2013
Verified Purchase
This is the 2nd time I've read this book and I still love it, I lost my original copy. Always a pleasure to pick up and read, very imaginative and relaxing!
Read more
One person found this helpful
Report abuse

Sagar Vibhute
3.0 out of 5 stars Visual
Reviewed in India on 6 September 2021
Verified Purchase
The Ill-made Mute is my first fantasy read in a while, following The Hobbit and Lord of the Rings which I read over a year ago. I actually found this by way of a compilation list of books similar to Tolkien's masterpiece, so expectations were naturally high.

There are elements where Cecelia Dart-Thornton doesn't disappoint, and even exceeds expectations from it when pitted against Tolkien's magnum opus. Of these what stands out the most is the justice done to world building in a deliciously visual style of narration. I could imagine every single scene in my head as I read along which for a fantasy with so many elements is no mean feat! From simple ones like the forests and the forts to significantly more complex ones like the encounters with the multitude of fantastic elements and characters, Dart-Thornton's writing is lucid, engrossing and emotive without being daunting. The very first chapter which introduces the protagonist is perhaps the very best of this style of writing I've read.

The writing style is perhaps what kept me going through the nearly 350 pages, because the story itself couldn't. Here's where the comparisons with LoTR or Hobbit are way off the mark. There is no closure to any story or even a sub-plot, characters and elements are introduced but by the time you seek a pay-off for your investment the focus of attention shifts to something else. Too many different, and what felt like significant, subjects are under utilized which segues into my other problem with the book - there are too many elements. I'm aware that this is the first in a trilogy so maybe the investments in book one pay off later on, but that's not to my liking as a reader. A stronger conclusion with lesser pieces could have been better.