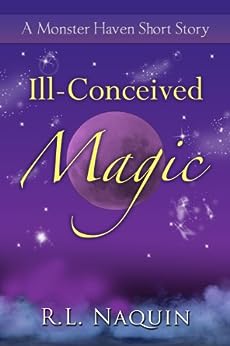 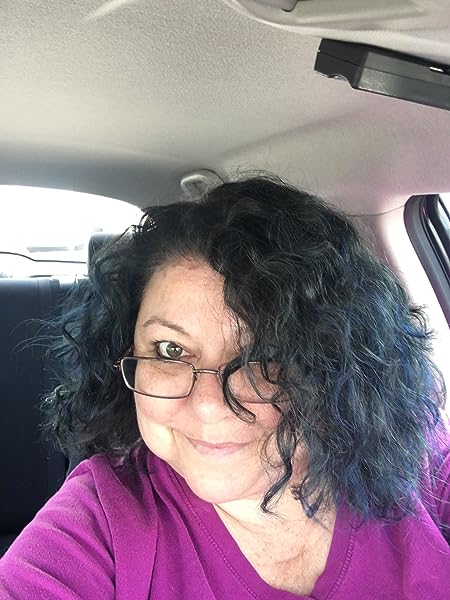 Mina
4.0 out of 5 stars Very short short-story from the „Monster Haven“ series
Reviewed in Germany on 10 April 2015
Verified Purchase
Just after Zoey accepted that her house and she as the host are a literal save haven for all kinds of “monsters”, someone decided she and her current cohabitants, the closet monster Maurice and the visiting gargoyle Phil [of the strange language], are the right people to take care of an abandoned baby. Well, the baby is green and has tiny horns growing out of her head, so the monster haven obviously should be the right place.

After some feeding trouble and some perilous investigation, Zoey and Maurice finally find the parents and... well, I won't tell it all.

As the title says, the story is short even for a novella and ended kind of promptly after it started, but it nevertheless shows some intense moments in peril and trouble with accepting that friends are sometimes more than you bargained for. I liked the story a lot for that, it contributes to the overall series despite its briefness. And last not least, Phil the gargoyle has the coolest and most hilarious language ever, it made me crack up nearly each time he spoke. You don't have to have read the series, but I guess the fun is greater, if you know the characters.
Read more
Report abuse

Diane
5.0 out of 5 stars It's a Monster's world!
Reviewed in Canada on 3 August 2016
Verified Purchase
Her books are entertaining and well written,amusing and so addictive I am collecting this series at Audible too.
Read more
Report abuse

Tab
3.0 out of 5 stars cute story
Reviewed in Canada on 27 December 2014
Verified Purchase
Well this was a bizarre yet cute story. Was a little worried with the wild goat men, that was interesting but none the less s good read
Read more
Report abuse

Mandy
5.0 out of 5 stars I loved it!
Reviewed in the United States on 29 February 2016
Verified Purchase
Zoey has just learned that she’s an empathy and care taker of the hidden supernatural beings. After all she’s currently living with her very own closet monster Maurice. Just like any other day she arrives home from work only to find on the back steps a baby has been left and tasked with the challenge of figuring out what to do with her. Thanks to Maurice who’s able to point her in the right direction they may just be able to save the baby and find its parents. However she’s going to have to confront the families of the parents which may just prove to be deadly.

I love Zoey she’s one of my favorite characters in the urban fantasy world after all she’s a very unique character which I adore. I also really like Maurice but that could be in part that even if he is a closet monster he’s a good guy. We also have a glimpse of Iris as well as the gargoyle that’s temporarily staying with them.

I can’t believe I didn’t read this one when it came out considering that Monster Haven is one of my favorite series. I love the concept for the supernatural world of the hidden living among the human and that Zoey just happens to have stepped into her mother’s shoes to take care of them. The characters are easy to connect with you can’t help falling in love with Zoey’s unique charm. This side story shows us a side of Maurice that doesn’t come out very often and show’s Zoey that he will do what has to be done to protect her. They make an excellent team and I’m not afraid to say I wish I had a monster in my closet also. I’ve enjoyed the author’s storytelling it’s a beautifully done short story that complements the series well.
Read more
2 people found this helpful
Report abuse

Kay L. Ling
5.0 out of 5 stars Ill-Conceived Magic is a well-conceived story!
Reviewed in the United States on 7 September 2016
Verified Purchase
This series is so much fun. I fell in love with Monster in My Closet from the opening paragraph, and this short story is just as quirky and entertaining. If you haven't read some of R L Naquin's longer works, this is a good introduction. It's hard to write good humor, but all of her books are witty and fast-paced. She mentions in her Afterword that "her home is Disneyland." I can relate to that since I'm a big Disney fan, too. Those of us who are imaginative ourselves never outgrow the magic.
Read more
One person found this helpful
Report abuse
See all reviews
Back to top
Get to Know Us
Make Money with Us
Let Us Help You
And don't forget:
© 1996-2021, Amazon.com, Inc. or its affiliates