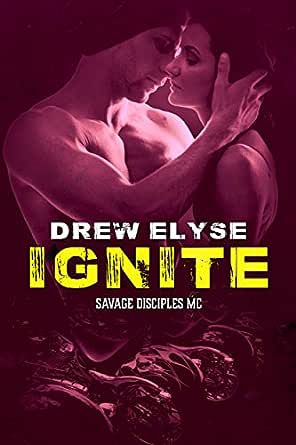 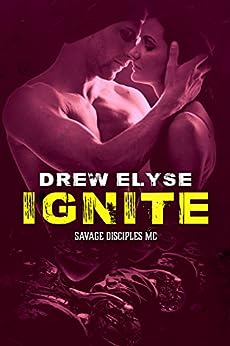 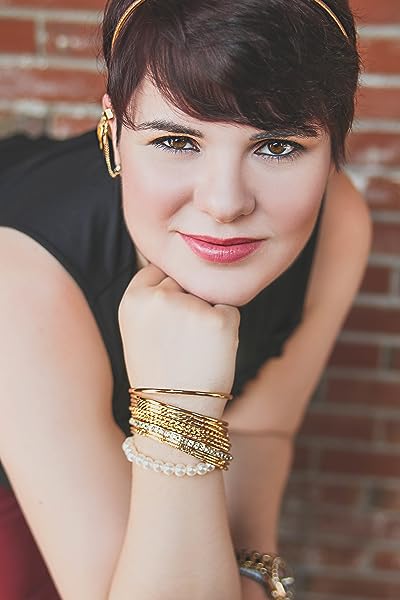 Ace has been keeping secrets, and not just from his club brothers.
Secrets have a way of coming back to haunt you.
All of his are about to be revealed,
whether he’s ready to face them or not.

A Disciple will fight like a savage—even against his past.

When Quinn waltzes into the Disciples' clubhouse,
she's only after one thing—and it isn't Ace.
She wants closure, an end to what they started so long ago.
But with the heat exploding, Ace and Quinn are far from over.

When this biker is forced to confront his past, everything will ignite.


This novel contains explicit sexual situations, violence, and offensive language, and is recommended for audiences 18 years of age and older.
It can be read as a standalone.

Drew Elyse spends her days trying to convince the world that she is, in fact, a Disney Princess, and her nights writing tear-jerking and sexy romance novels. When she isn't writing, she can usually be found over-analyzing every line of a book, binge watching a series on Netflix, doing strange vocal warm ups before singing a variety of music styles, or screaming at the TV during a Chicago Blackhawks game. A graduate of Loyola University Chicago with a BA in English, she still lives in Chicago, IL where she was born and raised with her boyfriend and her fur babies Lola and Duncan.

Robyn Corcoran
TOP 500 REVIEWER
4.0 out of 5 stars A feel good story
10 March 2017
Format: Kindle Edition
Ignite is an easy to read, fast paced story that once again leaves feeling good but also wanting the next story by this author, right now!

Quinn is a librarian in her local library, a book nerd as she describes herself. Ace, or Jack, is her estranged partner who has joined a MC club. This is their story!

There is a lot of raw, passionate intimacy that is very hot as well as some fun scenes where the humour subtly reigns. The mystery does have you waiting on the edge of your seat at a couple of stages and there are a few twists that make it even more interesting and entertaining.

I recommend this book to anyone who enjoys a good romance.

Kindle Customer
5.0 out of 5 stars OMG I LUV THIS SERIES 💞🙌
12 April 2017 - Published on Amazon.com
Format: Kindle EditionVerified Purchase
Definitely love my MC books and needed another great series to read, and BAM I came across this author and am I glad I did. These books did not disappoint, full of hot sexy men and equally hot women that these men couldn't live without. Story lines were great, lots of hot sex, tears, laughter, and wouldn't be a biker book without dragging someone in an undisclosed location to make them PAY. Loved all the characters, but two stood out beyond the other's and that was DAZ AND EMMY. Can't wait til DAZ book comes out to see what woman is going to tame his wild nature, please hurry .
All in all a great MC SERIES and I read lots.🙌

Black Feather Blogger
4.0 out of 5 stars I don't want to wait...
3 March 2017 - Published on Amazon.com
Format: Kindle EditionVerified Purchase
For the next book, I want it now. As soon as I knew that Ignite released (which was half way through my shift at work) I was on that one click so fast it wasn't funny. I love the mad cap crew from the Savage Disciples MC and getting Jacks story just made my day. I'm not kidding, gooey and gushy kind of feelings at knowing it's sitting on my kindle app just waiting for me to start reading. I hit page 1 and bam not even the need to eat or do washing could pull me away from this book. Action, a bit of adventure, a second chance and a weird as (cause bad words are frowned upon in reviews) stalker was just the icing on top. Now I have to wait for the next in the series cause damn I love these guys.
Read more
One person found this helpful

Rebecca Goss
5.0 out of 5 stars Love this series!
22 December 2018 - Published on Amazon.com
Format: Kindle EditionVerified Purchase
Ace has been an enigma in this series. He loves the brothers in the motorcycle club but keeps his secrets close to the vest. Quinn decides to move on with her life and Ace is a part of her life that she feels she needs to remedy. Their relationship is sweet and their story warms the heart. As with all of this series, there is steam and humor.
Read more

zaira
5.0 out of 5 stars I want more
5 July 2019 - Published on Amazon.com
Format: Kindle EditionVerified Purchase
This book got me interested from the beginning, the more I read, the more I wanted. I could not put it down, the story line was strong, and I kept me wondering until the end who was causing the issues with The main characters. Love this series and cant wait to read the next book....
Read more

Ftesch1
5.0 out of 5 stars nerdy
6 March 2017 - Published on Amazon.com
Format: Kindle EditionVerified Purchase
I liked this one alot i just wished it lasted longer. the best part quinn was so nerdy it was awesome. i was waiting for the big twist it was the only thing that fell short. ace and quinn worked and it was funny. solid read needed to be longer
Read more
One person found this helpful
Go to Amazon.com to see all 69 reviews 4.4 out of 5 stars
Get FREE delivery with Amazon Prime
Prime members enjoy FREE Delivery and exclusive access to movies, TV shows, music, Kindle e-books, Twitch Prime, and more.
> Get Started
Back to top
Get to Know Us
Make Money with Us
Let Us Help You
And don't forget:
© 1996-2020, Amazon.com, Inc. or its affiliates