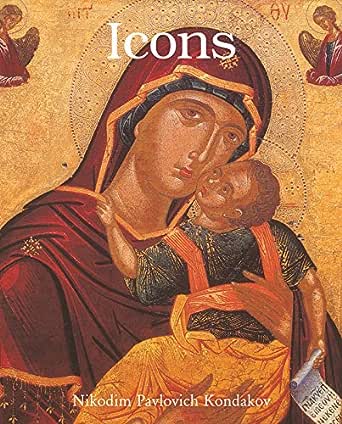 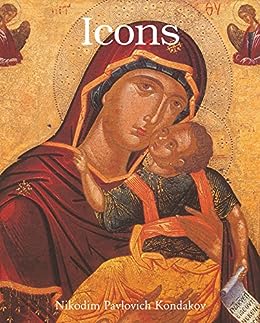 Icon painting has reached its zenith in Ukraine between the 11th and 18th centuries. This art is appealing because of its great openness to other influences – the obedience to the rules of Orthodox Christianity in its early stages, the borrowing from Roman heritage or later to the Western breakthroughs – combined with a never compromised assertion of a distinctly Slavic soul and identity.
This book presents a handpicked and representative selection of works from the 11th century to the late Baroque period.

Nikodim Pavlovich Kondakov was an art historian specialised in Russian culture and history. His extensive research on Russian Orthodox culture lead him to become the eminent specialist of Christian iconography. A true man of science, he was often the first to interpret the origin of certain icons.
click to open popover

Turpenstein
5.0 out of 5 stars Finally!
27 February 2011 - Published on Amazon.com
Verified Purchase
I am a fledgling iconographer and have been searching for a book with large color plates of a wide variety of icons. This is it. Absolutely beautiful color plates and huge pages, plus historical context. Worth every cent and every day of waiting. In the absence of being able to study real icons face-to-face I cannot imagine a better alternative.

The score is for the pictorial content alone, as I haven't the luxury of time to read much of the text content yet.

Barry
5.0 out of 5 stars Wonderful book of Icons
20 August 2010 - Published on Amazon.com
Verified Purchase
This book was just great. So many beautiful color pictures of Icons. And large size too.A treat to anyone interested in Icon art. And at a great price also.... Alot of information through out the book... A+ all the way........
Read more
2 people found this helpful
Go to Amazon.com to see all 2 reviews 5.0 out of 5 stars
Get FREE delivery with Amazon Prime
Prime members enjoy FREE Delivery and exclusive access to movies, TV shows, music, Kindle e-books, Twitch Prime, and more.
> Get Started
Back to top
Get to Know Us
Make Money with Us
Let Us Help You
And don't forget:
© 1996-2020, Amazon.com, Inc. or its affiliates