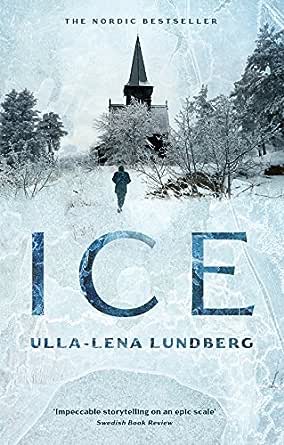 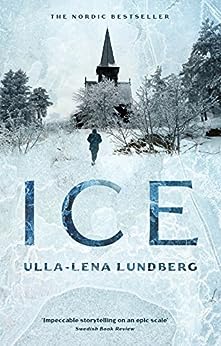 Ulla-Lena Lundberg (b 1947) is an acclaimed and prizewinning Finland-Swedish poet, ethnologist and author. She has published more than twenty works of fiction and essays. Born in K.kar in the .land islands, she has lived in Japan, Africa and Siberia, and now lives in Porvoo, Finland. Ulla-Lena was featured on a recent .land Islands stamp. --This text refers to the paperback edition.

Rosemary Realph
TOP 1000 REVIEWER
4.0 out of 5 stars An excellent insight into life on the islands off Finland following World War 2.
Reviewed in Australia on 18 March 2017
Verified Purchase
Enjoyed reading this book. It was beautifully narrated giving such an insight into the lives and hardships of the people living on the islands off the coast of Finland just after the end of World War 2. It was mainly centred on the young Lutheran Priest, his wife and young daughter who came to live and take over the parish of one if the islands. The coping of people during the harsh, brutally icycold winters, plus the faith and devotion to God of these people amazed me. The conclusion quite sad, but stoical, " Life must go on".
Read more
Helpful
Report abuse

Amazon Customer
1.0 out of 5 stars An amazingly beautiful book
Reviewed in Australia on 14 January 2017
Verified Purchase
It is slow, taking you into its story into a different world- I'll read it again. Just sit back and enjoy each page....I'm giving it 5 stars
Read more
Helpful
Report abuse

Amazon Customer
4.0 out of 5 stars ICE
Reviewed in Australia on 27 January 2017
Verified Purchase
ICE
Quite different, an insite to the local area , enjoyed the story line. Ending was a surprise. Tough live
Read more
Helpful
Report abuse
See all reviews

james gault
4.0 out of 5 stars Nearly but not quite perfect
Reviewed in the United Kingdom on 18 June 2018
Verified Purchase
This is not so much a novel as a fictional journal or memoir. It recounts the life of a young Lutheran priest and his wife and child when he moves to a remote Finnish island community to take up the role of pastor. The daily incidents which punctuate their unfamiliar and unhurried lifestyle are presented as they occur. This in itself is a problem for the author, for it means the book lacks the narrative drive of a firm plot. It starts slowly and steadily builds to a snail’s pace.

But plot and narrative are not everything. If the author can bring a group of fascinating characters to life and make us believe in them, this will often sustain a slow story. Does the author succeed in this here? Well, yes… and no. The characters of Petter the priest and his wife Mona are outstandingly well drawn; I felt for them and was immersed in their problems. Unfortunately the other characters were less effectively written. The author tended to introduce them using character descriptions, which were not always reinforced by their subsequent words and actions. Also disconcerting was the attempt to put adult thoughts and feelings into the minds of the couple’s baby and toddler.

As well as a journal, this is also a book very much themed on theology. Three points of view are presented: the Christian faith of the preacher, the lingering superstitious beliefs in the old legends held by the postman, and the atheistic views of the Russian refugee doctor on the island. The author chooses not to concentrate on the differences between them, but rather to search for an accommodation that allows a place for all three. Each acknowledges that the others maybe have some sort of point. This is an admirable sentiment, but it is another factor in removing conflict and tension in the book, and contributes towards its rather bland feel.

For me, the main achievement of this work is the way it evokes the atmosphere of the setting, the cold, the harshness of the life and the isolation. This is not a bad book, and will be enjoyed by many. Women will be attracted by the characterisation of the two main characters. It is a book that almost makes it for me, but not quite.

Mauve Peace
5.0 out of 5 stars A masterpiece. A classic in years to come.
Reviewed in the United Kingdom on 20 January 2018
Verified Purchase
This is told in the old-fashioned style of family saga epic, about a young couple, Mona and Petter Kummel who arrive at an small group of islands located to the west of the Ålands - which lie between Sweden and Finland and whose main industry is fishing - called the Örlands. It is set in 1946, just after the Winter War and Continuation War with Russia.

He is a young novice pastor recently ordained and she his wife, eager to settle into their first home together. There's the very young daughter, Sanna, whom we suspect is based on the author, herself. The novel opens with their arrival at the parsonage. We meet the locals. There's Adele, who is a stalwart of the committee, there's the mysterious Russian refuge doctor with a dark secret, there's the unhappily married Lydia, the verger, the organist and the stubborn fishermen who still believe in pre-Christian forces of nature.

In a way, it is a tale of a twee community whose days are filled with the west islanders in rivalry with the east islanders as they thrash out policies at innumerable committee meetings. In the meantime, Pastor Petter is studying hard for his pastoral exams and trying to integrate old ways with the new. His wife Mona is of sturdy farming stock and sets about milking her own cows and keeping hens and sheep.

A hidden character is the weather. A harsh element that brings wind and ice.

Underneath the gentility of the coffee and buns, Lundberg succeeds in getting to the heart of what people really think and feel and what makes them tick. It is incredibly skillfully done. This true life.

The reader who reads to the end will be well rewarded. I shall not be the one to spoil it.

A wonderful humdinger of a book, it reminded me a little of Bo Giertz book, which tells of a young pastor, also during the same era and his tribulations  Hammer of God  and even Strindberg's tales of the skerries and the fisher folk.

MrsH
5.0 out of 5 stars Brilliantly written and very compelling
Reviewed in the United Kingdom on 10 August 2017
Verified Purchase
A compelling read which had me gripped from the beginning. Good strong character development and a story which wasn't really a story but more of a description of a period of time in the main characters' lives. Beautifully told with great insight into the trials and triumphs of living in such a bleak part of the world. Definitely recommend.
Read more
3 people found this helpful
Report abuse

reader scottishborders
5.0 out of 5 stars Very well written book, flows along nicely.
Reviewed in the United Kingdom on 27 January 2019
Verified Purchase
A wonderful, well written book. This followed the lives of a priest and his family in Finland in the early 1950's. How they live their day to day lives and the climate and customs in the Finnish islands, I thoroughly enjoyed it. A welcome change from physiological dramas and cosy cafe tea shops. Some interesting theological thought in it also. And a twist at the end. Not everyone's cup of tea, but I thoroughly enjoyed it.
Read more
Report abuse