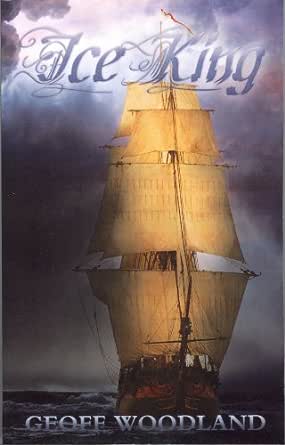 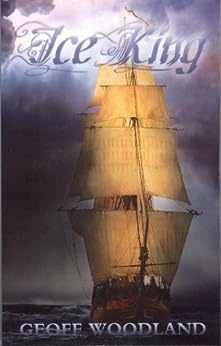 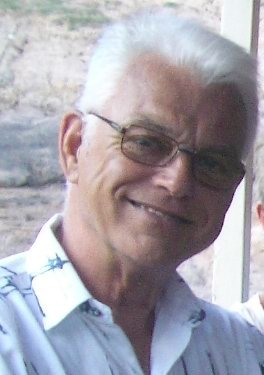 Veronica
TOP 500 REVIEWER
4.0 out of 5 stars historical fiction on the high seas
Reviewed in Australia on 8 February 2015
Verified Purchase
William’s father, George King, has built a moderately successful shipping business but when he declines William’s request to captain one of his ships William leaves and joins the Navy. While he is at sea George King is lured into the slave trading business which is highly profitable. When William returns and hears of his father’s exploits he is determined to show him that a profit can be made in the shipping industry without human suffering.

Ice King, also known as Triangle Trade, is a rollicking tale of trade on the high seas during the early nineteenth century.
I was immediately drawn into the world of William King. William was a gentleman in a time when it was ok for men to be harsh and crude. It was good to see the stark contrast in character of siblings Henry and Charlotte Nicholson to that of William King and Ruth Judson. Woodland gives you characters to despise and characters to root for.

This story is full of adventure, family, humour, friendship, rivalries a few sword fights and a breath holding duel to the death.

I would recommend Ice King (Triangle Trade) to anyone who enjoys a good historical adventure.
4.5 stars

astabilo
5.0 out of 5 stars great read
Reviewed in the United Kingdom on 10 August 2014
Verified Purchase
Brought to life old Liverpool. Reminded me of Hornblower, there is definitely another book to be written. This book has been published under another title called Triangle Trade, this is more expensive, but the same book.
Read more
Helpful
Sending feedback...
Thank you for your feedback.
Sorry, we failed to record your vote. Please try again
Report abuse

Author of Vic's Big Walk
5.0 out of 5 stars Gather round lads, and I'll tell you an excellent tale of the sea
Reviewed in the United States on 27 July 2012
Verified Purchase
I suppose not too many people these days are well informed about the evil slave trade. I had an advantage in that respect because one of my mother's heroes was William Wilberforce, the English politician who toiled so long and hard to have it, or England's massive involvement in it, outlawed.

So, once I had heard about Ice King, Geoff Woodland's book in which the trade is ever-present, even if sometimes only in the background, it was natural that I should select it to read. Added influences in that decision were that Mr Woodland, who I do not know, hails from Liverpool (a city built on the slave trade and now sporting a museum to inform you of that), not too far from my own origins in Blackpool, he is of the same generation as myself, and we share a common background as seafarers.

So what did I find? A story of a young seaman, a lieutentant in the Royal Navy, who is put on half-pay - ie put out to grass - as part of the "peace dividend" after the French navy is largely destroyed at the Battle of Trafalgar - a peace dividend which applied only to the Navy because Napoleon's army was still in its prime (a fact which enabled one of his drum majors to build the house in which I now reside).

So he becomes a captain in what we would now call the Merchant Navy at about the same time that he returns home to Liverpool to find that his father has immersed the family shipping company in the disgusting slave trade.

He is advised that it is impossible to run a shipping company these days without "The Trade" but, having met and been enlightened by some of Wilberforce's followers, he sets about, with his own ship, proving that an honest living and a bright future can be enjoyed without destroying the lives of innocent Africans.

The title of the book puzzled me but the reasons for it become very clear along the way.

Mr Woodland writes well and has succeeded in writing a book which is informative about this important part of history, in addition to showing how life was at sea in those days and how the world, and trade around the world, was opening up.

He weaves in a story or two about romance, throws in some very believable characters, and generally gives us a very entertaining read.

I found an added bonus in the information given about the development of Boston and its hinterland - an area where one of my daughters has now been living for almost 3 years.

The book comes to a satisfying and logical end but I have a feeling it is the beginning of a series about William King.
Read more
Helpful
Sending feedback...
Thank you for your feedback.
Sorry, we failed to record your vote. Please try again
Report abuse

BookemDano
5.0 out of 5 stars Aye, Aye! High Adventure on the High Seas
Reviewed in the United States on 1 March 2012
Verified Purchase
Ice King is the story of an ambitious young ship's captain at the turn of the 19th century in England, who is determined to succeed on his own terms. Appalled by the inhumanity of the slave trade, he vows to prove one can still turn a profit by trading in goods that were not produced by slaves. Ice is the unlikely commodity that launches his career.

The novel rings with such surprising authenticity of life at sea, England's naval conflict with Spain, and the cruelty of the slave trade that readers will constantly find themselves checking the publishing date to make sure this was really written by someone in the present. The author, Geoff Woodland, weaves a rich and colorful tapestry of life in 19th century England, transporting readers into the middle of exciting adventures on the high seas and the coastal towns of England and The Americas. There's romance, intrigue, mystery, action, a social conscience -- and even an education!

The writing is crisp and moves the plot along at a fast clip, with a complex set of characters and plot lines skillfully propelling the action to a satisfying and surprising conclusion. Ice King is a great read, well deserving of a hearty "aye, aye," and a five star rating.
Read more
Helpful
Sending feedback...
Thank you for your feedback.
Sorry, we failed to record your vote. Please try again
Report abuse

K. P. Vorenberg, author of TIERRA RED
4.0 out of 5 stars A great sea story!
Reviewed in the United States on 22 September 2012
Verified Purchase
I have always loved sailing ships and tales of adventure on the high seas. The Ice King will always be one of the best for me. When I began reading this book, I felt as if I had settled in with a tale that was truly written in the early 1800s -- the author's prose and style has the feeling of the long-ago literary greats. Well-drawn characters and a compelling plot make this book difficult to put down.

Read this book -- it is a wonderful tale!
Read more
Helpful
Sending feedback...
Thank you for your feedback.
Sorry, we failed to record your vote. Please try again
Report abuse

Jim
5.0 out of 5 stars Great Read
Reviewed in the United States on 29 June 2012
Verified Purchase
Great to read a little about Slavery's place in the wealth of a nation. The impoverished, colonized, and virtually enslaved Irish were among the first into British Slavery, and that is hinted at here as well.
Read more
Helpful
Sending feedback...
Thank you for your feedback.
Sorry, we failed to record your vote. Please try again
Report abuse
Load more international reviews

Janet
5.0 out of 5 stars Excellent book, well worth reading
Reviewed in the United States on 27 May 2012
Verified Purchase
Ice King is an excellent book, particularly interesting to everyone with an interest in the sea and seafaring in general. The author, Geoff Woodland, obviously has an intermate knowledge on the sea and a gift for telling a good story. I look forward reading many more of his books.
Ice King
Read more
Helpful
Sending feedback...
Thank you for your feedback.
Sorry, we failed to record your vote. Please try again
Report abuse

TDub
5.0 out of 5 stars Great premise
Reviewed in the United States on 17 September 2012
Verified Purchase
I love to read, and this book did not disappoint. I thought it was well written and well edited and historically believable. The characters were real and believable, and the plot kept me in suspense. A great, quick read. THIS book is why I love my Kindle Fire!!! Money well spent.
Read more
Helpful
Sending feedback...
Thank you for your feedback.
Sorry, we failed to record your vote. Please try again
Report abuse

Roger
4.0 out of 5 stars a good read
Reviewed in the United States on 23 June 2013
Verified Purchase
An easy and enjoyable read, hoping there are follow ups of this, and make a series to follow. Keep it up Geoff!
Read more
Helpful
Sending feedback...
Thank you for your feedback.
Sorry, we failed to record your vote. Please try again
Report abuse