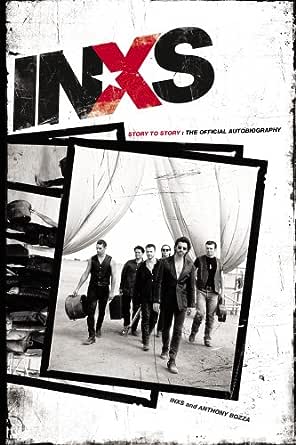 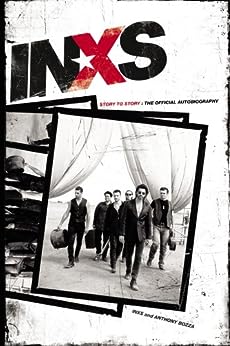 "A must-read for any fan of the band from Down Under." -- The Sacramento Bee --This text refers to an alternate kindle_edition edition.

In 1979, three brothers and their three best mates from Sydney formed a band called INXS and recorded an album that would launch them on an incredible journey, from playing Australia’s beaches and pubs to the world’s biggest concert venues. Along the way, they’d sell 30 million albums, rack up seventeen hit songs in the United States alone, and experience a life of sex, drugs and supermodels to rival any in rock history. This is their story. INXS broke new musical ground. In songs like ‘Need You Tonight’, ‘New Sensation’, ‘Devil Inside’, ‘Never Tear Us Apart’ and ‘Suicide Blonde’, they turned rock, pop and funk into a cutting edge, danceable style that took the world by storm. Touring the world, they grew up together and made new fans on every continent. In this autobiography, they reveal for the first time everything they experienced in their more than two decades of making music: the partying, the women, the clashes in the recording studio, the wild times on the road, the heights and depths of rock star life, the bonds of brotherhood and friendship that got them through the tough times. They talk about the sadness of watching their closest friend and collaborator, Michael Hutchence, slipping away from them and offer their own thoughts about why he left them too soon. Much has been written about INXS over the years, but nothing before has been authorized by them or has reflected their point of view. This is all the history that INXS was never willing to talk about until now, and the book that every rock fan will need to own. --This text refers to an alternate kindle_edition edition.

Anthony Bozza has written two bestselling biographies: Eminem’s Whatever You Say I Am and Tommy Lee’s Tommyland. The members of INXS hired him to write this book. He lives in New York. --This text refers to an alternate kindle_edition edition.

A true story of sex, drugs and rock and roll . . . --This text refers to an alternate kindle_edition edition.
Read more

4.7 out of 5 stars
4.7 out of 5
78 global ratings
How are ratings calculated?
To calculate the overall star rating and percentage breakdown by star, we don’t use a simple average. Instead, our system considers things like how recent a review is and if the reviewer bought the item on Amazon. It also analyses reviews to verify trustworthiness.

aisha rowlands
3.0 out of 5 stars Inxs memoir disappointing due to factual inaccuracies
Reviewed in Australia on 8 May 2015
Verified Purchase
Despite having access to the band as well as those close to Hutchence - some of whom rarely speak about him in public this book was extremely disappointing due to a number of inaccuracies regarding dates therefore causing me to question the accuracy of the rest of this account- particularly the parts about Hutchence which due to the fact he has passed he is unable to attest to himself.
Read more
Helpful
Report abuse
See all reviews

robcatt
2.0 out of 5 stars Too many inaccuracies. A missed opportunity.
Reviewed in the United Kingdom on 21 May 2020
Verified Purchase
I only stayed with this to the end as I've been a fan of the band for 35 years. What a missed opportunity. Too many factual inaccuracies - Live Aid was 1985, not 1984; Tiffany is from California; the Herald Sun is not a newspaper in the UK; UK chart positions for New Sensation and Devil Inside are incorrect. I could go on.

As if that isn't enough this comes across as being written by a 13 year old who's just met the band he worships for the first time. INXS were a great band, but they didn't invent modern music.

The few interesting stories are spoiled by the obsession with sex and drugs rather than insight into the music itself.

It's a shame when you think what could have been delivered by a decent writer, given the access this 'writer' had.
Read more
Report abuse

Music Man
5.0 out of 5 stars From perth to Membley, via L.A.
Reviewed in the United Kingdom on 13 April 2014
Verified Purchase
If you've ever been interested in INXS and Michael Hutchence this book makes a gripping read. Years of graft in Australia leading to a peak of international success before the decline and fall. I saw the band live in 2002, after the event you might say, and was fascinated. Then there's the whole tragedy of Hutchence, Yates and Geldof. It's been a perverse coincidence that the death of Peaches Geldof has been announced while I was reading this book. The book tells you the whole story from the point of view of all the band members, backed up by material from Kirk Pengilly's meticulous diaries. R-R-R-R Read It!
Read more
5 people found this helpful
Report abuse

Amazon Customer
4.0 out of 5 stars Good + Bad Times
Reviewed in the United Kingdom on 9 July 2014
Verified Purchase
Good times: A thorough and comprehensive history of the band - from the very earliest days right through to Michael's passing. Detailed and rich in it's descriptions too, and all the better for it coming directly from those who were there. A must read for any INXS fan, especially those who joined around the Kick era to understand how the band came to be such a force of nature. Very readable, and almost flows like a thriller in places, so you can't wait to turn the page!

Bad times: Despite the above, oddly rushed in places and riddled with typos. just when you want it to slow up. For example, The recording and release of Listen Like Thieves is passed over in about five pages only. And these a 5 pages on the Kindle app on an iPhone i'm talking about! And the typos, whilst easy to spot, spoil and otherwise amazing and excellent tale.
Read more
2 people found this helpful
Report abuse

Deano
5.0 out of 5 stars INXS - The autobiography of a great rock band!
Reviewed in the United Kingdom on 30 August 2015
Verified Purchase
I'm only at the mid point of the book and have been asked to review it.Maybe I need to dedicate more time to my Kindle! The INXS Biography is great and documents the journey that the 6 band members have undertaken from meeting at school in the late 70's. If you are or were a fan of the band you won't be disappointed.
Read more
Report abuse

KNOXY
5.0 out of 5 stars Inxs greatest
Reviewed in the United Kingdom on 15 August 2017
Verified Purchase
Excellent book. Totally recommended for any fan of the band..starts with the early days of the band and covers their history up to the inevitable sad end..as good an autobiography as I have read.
Read more
One person found this helpful
Report abuse
See all reviews
Get FREE delivery with Amazon Prime
Prime members enjoy FREE Delivery and exclusive access to movies, TV shows, music, Kindle e-books, Twitch Prime, and more.
> Get Started
Back to top
Get to Know Us
Make Money with Us
Let Us Help You
And don't forget:
© 1996-2020, Amazon.com, Inc. or its affiliates