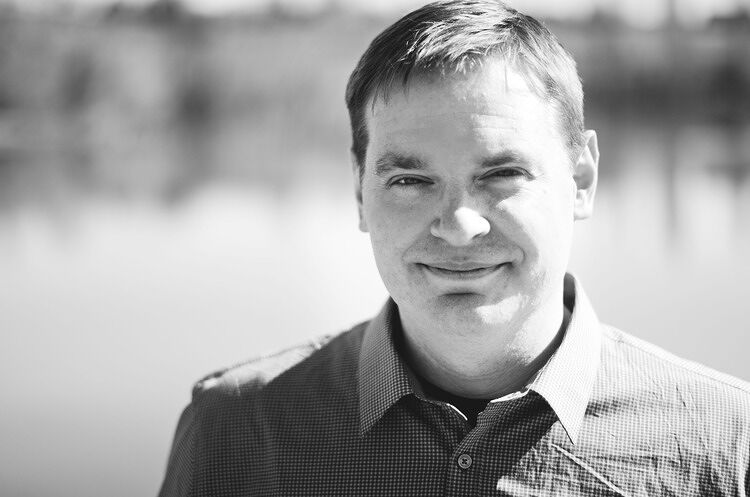 Page 1 of 1 Start overPage 1 of 1
Previous page
Next page
Start reading Icefall (Dane Maddock series Book 4) on your Kindle in under a minute.

Praise for Icefall: A 2012 Edgar Award Winner for Best Juvenile MysteryA 2011 Agatha Award NomineeNew York Public Library 100 Books for Reading and Sharing2012 ALA Best Fiction for Young AdultsJudy Lopez Memorial Award Winner[O]ne of the best reads of the season . . . -- Deseret News[A] claustrophobic, thought-provoking coming-of-age adventure . . . -- Publishers Weekly[A] taut, compelling mystery and survival story . . . Readers will be left thinking about this one long after the chill has left their bones. -- Bulletin of the Center for Children's Books[A] superb mystery enriched with powerful, believable characters, plot, and setting, and guarantees that readers will be thoroughly engaged to the final word. -- Books to Borrow, Books to Buy, Nationally Syndicated ColumnInteresting, well-developed characters abound. . . . [and] the chilly, claustrophobic, ancient setting is vividly created. -- Kirkus ReviewsPraise for The Clockwork Three: * In this riveting historical fantasy . . . debut novelist Kirby has assembled all the ingredients for a rousing adventure, which he delivers with rich, transporting prose. Mixing fantasy and steampunk elements with subtle urban mythology, Kirby's immersive story can be read as a modern morality play or a satisfying stand-alone tale. -- Publishers Weekly, starred review[M]emorable characters, hearty action, and palpable atmospherics. -- Booklist

Matthew J. Kirby is the critically acclaimed author of the middle-grade novels Icefall, which won the Edgar Award for Best Juvenile Mystery and the PEN Literary Award for Children's Literature; The Clockwork Three, which was named a Publishers Weekly Flying Start; The Lost Kingdom; Last Descendants, an Assassin's Creed novel; The Quantum League: Spell Robbers; and Cave of Wonders, the fifth book in the Infinity Ring series. He was born in Utah and grew up in Maryland, California, and Hawaii. Matthew is currently at work on his next novel.

reader
5.0 out of 5 stars original fantastic
Reviewed in Canada on 7 October 2013
Verified Purchase
Original, fantastic, tying in Nordic themes and the importance of the storyteller. Great role models and told with the same strength and originality expected from Nordic tales with a contemporary approach. Great for boys and girls, teens and adults.
Read more
Report abuse

Pat Smith
3.0 out of 5 stars Icefall
Reviewed in the United States on 1 November 2013
Verified Purchase
Icefall
Matthew J. Kirby
Published February 1, 2013
Paperback, 321 pages
0545274257
9780545274258
Synopsis:
Trapped in a hidden fortress tucked between towering mountains and a frozen sea, princess Solveig, along with her brother the crown prince, their older sister, and an army of restless warriors, anxiously awaits news of her father's victory at battle. But as winter stretches on, and the unending ice refuses to break, terrible acts of treachery soon make it clear that a traitor lurks in their midst. Those charged with protecting the king's children are all suspect, and the siblings must choose their allies wisely. But who can be trusted so far from their father's watchful eye? Can Solveig and her siblings survive the long winter months and expose the murderer before he succeeds in destroying a kingdom?

Quick and Dirty: This story is for anyone who loves tales of Vikings and the lore that goes with them. It's a story of finding one's self, danger, betrayal, and courage.

Opening Sentence: The fjord is freezing over.

This story is about a Viking princess named Solveig who does not believe she has anything that makes her special and how she finds herself. Solveig's older sister Asa, is very beautiful and Solveig cannot compare to her beauty and their younger brother Harald, is strong and brave. When the three of them are sent to a hidden fortress to protect them from Gunnlaug, a man who would do anything to marry Asa, and steal their father's land. Solveig learns she can be more than she thought. Unfortunately someone that was sent to protect them is a traitor and Solveig has to help keep everyone safe and happy.

I had a hard time starting this book. The beginning of the story was very slow and did not really hold my attention. As the book progressed it started to pick up and by the end of the book I could not put it down. It was so intense and fast paced. Initially everyone was just settling into their roles in the book and there was not so much to tell, but once they realized that there was a traitor among them the tension built up. At the end when they are confronted by the enemy so much is happening and you are hoping that the good guys win that it gets exciting. I really enjoyed that this book used words the Vikings would have used instead of using standard English. I also liked the Norse folklore that is told throughout the story. It gave the story history without overwhelming a person or being boring.

Solveig was my favorite character. I liked how the author, Matthew J. Kirby had her change over time. In the beginning she was a timid girl who did not think she was could ever be like her siblings. Then as the story continues she starts to learn about herself. She learns that she is a wonderful skald, the Viking title for a great storyteller. She also realizes she is braver than she ever thought possible. From the beginning Solveig wasn't like other princesses who only thought of themselves and thought all work was for servants. Instead she helped do the chores and was a very good friend to the workers. She is also very loyal. Once she made a friend she would do anything for them. The last thing I liked about her was that she was so kind hearted. When people got hurt she cried for them and told them stories to make them feel better.

My second favorite character was Hake the berserker who was sent to protect Solveig and her siblings. For those of you who do not know what a berserker is, a berserker is a warrior unlike any other. They are the toughest and strongest and if you get them mad they literally go berserk and destroy anyone and anything in their path. I liked Hake because he came off as this big gruff man with no feels when in reality he was the sweetest guy. Solveig had grown attached to a goat before Hake and his berserkers arrived. Hake killed the goat not knowing it was Solveig's friend. He felt so guilty for what he had done he gives Solveig a wounded Raven to apologize for what he had done. When the enemy appears Hake is willing to give up his life for Solveig who he had come to love.

There are secondary characters that played roles in the book such as Solveig's siblings. Asa, was your typical princess. She would not help with chores and mopped around the fortress most of the time. She barely talked to her own sister and it turns out she had a secret but to learn Asa's secret you will have to read the book. Harald, Solveig's little brother was a sweetheart. He idolizes Hake and wants to be a big strong warrior right now. When anyone calls him little he gets upset and tells him he is not little. He is your typical little boy so full of energy and always curious about everything. Besides these two, there are the servants. There are five servants that play their parts in this book. There is Bera, the cook and her son Raudi. Without these two everything would fall apart around the fortress. The next servant is Ole, he is a thrall which means slave. He helps Solveig and the others by catching fish. He also tries to save Solveig from the enemy when they show up. Thirdly, there is Per a warrior who is in love with Asa and is very close friends with Solveig. Lastly there is Alric, who is also a skald and is the one who helps Solveig find her calling. Without him she would never have figured out who she wanted to be.

I recommend this book to anyone interested in Vikings and their lore. I also think this is a good book for anyone looking for a quick and simple read. There is adventure, betrayal and a touch of romance in this story, but above all, it is Solveig's tale of finding herself.
Read more
5 people found this helpful
Report abuse

Niki E.
5.0 out of 5 stars highly recommend
Reviewed in the United States on 10 February 2018
Verified Purchase
My absolute favorite middle grade/young adult read this year! I loved this book so much! While fighting a war, the Nordic King sends his three children (Asa, Solveig, and Harald) away to keep them safe along with those he trusts most to protect them. Things are not all as they seem and the King may have gravely misplaced his trust. It's the story of a young Viking girl finding herself while trying to survive and protect her siblings.
Read more
One person found this helpful
Report abuse
See all reviews
Back to top
Get to Know Us
Make Money with Us
Let Us Help You
And don't forget:
© 1996-2021, Amazon.com, Inc. or its affiliates