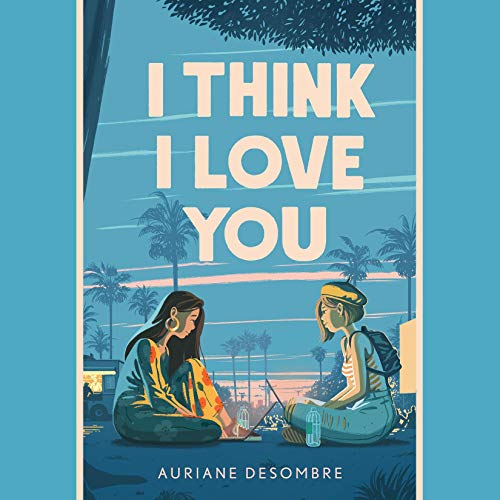 I Think I Love You

Monique S
5.0 out of 5 stars A very good book.
Reviewed in France on 29 May 2021
Verified Purchase
I very much like this book, even though I must admit, that it had me puzzled for a while. Being German, first of all, I was confused about what teenage angst and the term angsty are even supposed to mean. Then I remembered, that German teens nowadays talk of their Handy. Are you wondering what they mean by that? They are speaking of their mobile phone.

Angst: according to Collins concise German dictionary means fear or fright. But is it used in the same meaning here? If it is then I have a generation problem, and our society has gone so far off the rails it is uncanny.

I was born in 1953 in Hamburg, Germany. My generation was rebellious. We had to deal with what was left of all those Nazis, that had taken the world on the brink of desater. There were still so many left of them as teachers, policemen, judges and politicians, that our “friends” the Americans and Brits had left in place, because of their irrational fear of communism.

So, yes. I was fifteen, when I got into my first physical fight with the police at a demonstration. We were furious about those people, who were still trying to spread their poison, trying to force their idea of obedience to a generation, who had driven the world into a war. I even threw Molotow cocktails one night into my school. We were fighting back!

Yes, I was also shy and had no idea how to deal with girls, having had to watch my drunk father hit and degrade my mother, nevertheless already knowing intuitively it was wrong and not only based on his alcohol fuelled aggression. It had been taught to him that women were less than men, first by his church and then by the Nazis.

Given that example I was, like most of my friends, confused and insecure towards girls, but that was changed, when I found there were girls and young women demonstrating, too. We had a common enemy. On a trip to London with a good friend, I met a girl, whose class was on the way back from a school trip England, while my friend and I had been on our own, thanks to the fact, that our parents had given up on trying to control us and lost hope, we’d ever fit into their ideas for our future. One thing neither of us or the others, including the girls, in the movement for the so-called student revolution were afraid, we just wanted a future we liked, not those relics of the Nazi era of our parents, who had either kept their heads down and their mouths shut or actively contributed to the nightmare.

That was defined being a teen for most of my generation in Germany. So, what is teenage angst?

What I read about in this book are the relationships between people, who define themselves by their social circle. In a time period, when all the energies of the time demand a development towards individuality, a new threat has arisen, that I learned to call the dictatorship of the mediocre. What you read here, when you do it with on open mind, are two people, who desperately fight for being accepted into a “herd”, while they are clearly gifted individuals, struggling, each in their own way and evidently feel crippled by what they perceive as social expectations, from their parents as well as their peers as well as society at large.

So to class this as a romantic comedy is as wrong as what the more awkward of the two main characters, Emma, tries to do in the book: try to find a label for herself that is acceptable by a society, that is a far removed from what could be individuality as humanity from gaining real conscious awareness of what life is. This a description of the sad fate of our young generations, who are nevertheless the future of our world. Or possibly not, if our economic system survives and at best mediocre products, like Microsoft software, become the world standard and greedy corporations enslave peoples lives.

Yes, this is a very good book, as it describes all of that in its own way and yes, it is a teenage lesbian romance as well, a very good one.

In a way it made me again more aware, of what most of my generation did wrong. We did not teach our teenage values enough. We let our children drown in consumerism instead of teaching individual creativity. I hope it is not too late.
Read more
Report abuse

Valentina meltis
4.0 out of 5 stars Really cute :)))
Reviewed in Mexico on 26 August 2021
Verified Purchase
Such a lovely story, entertaining and shows “comming out” from a different perspective that’s not really talked about. Very cliche but we love it.
I think Thai story is targeted for younger audiences than me that’s why y felt it a little bit flat so I would say that is for audiences of 13-14. But overall such a nice story
Read more
Report abuse

Anne
4.0 out of 5 stars The Book
Reviewed in Canada on 12 October 2021
Verified Purchase
This book is so good! It came in good condition and when I started reading it, I can't take my eyes off of it. It's a great book, and I totally recommend it. SPOILER! I would've rated 5 stars, but I rated 4 instead because of how terrible Matt is.
Read more

4.0 out of 5 stars The Book
Reviewed in Canada on 12 October 2021
This book is so good! It came in good condition and when I started reading it, I can't take my eyes off of it. It's a great book, and I totally recommend it. SPOILER! I would've rated 5 stars, but I rated 4 instead because of how terrible Matt is.
Images in this review