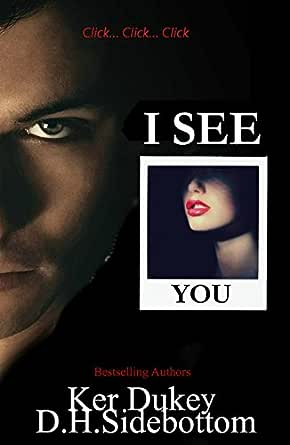 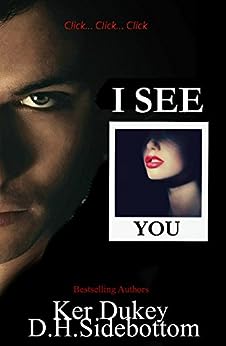 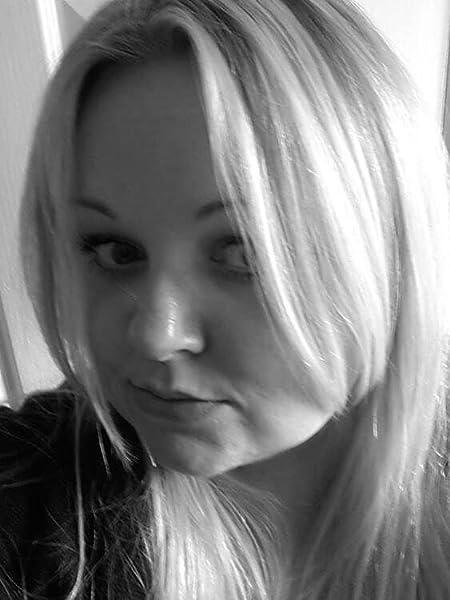 I SEE YOU Kindle Edition

4.6 out of 5 stars
4.6 out of 5
147 global ratings
How are ratings calculated?
To calculate the overall star rating and percentage breakdown by star, we don’t use a simple average. Instead, our system considers things like how recent a review is and if the reviewer bought the item on Amazon. It also analyses reviews to verify trustworthiness.

Karen
TOP 1000 REVIEWER
5.0 out of 5 stars What a ride
Reviewed in Australia on 24 July 2015
Verified Purchase
What a roller coaster of emotions did I experience while reading this book. This book grabs you from the very first paragraph and keeps you guessing until the end. I highly recommend this book for anyone who truly loves a dark read because this is it. Must read.
Read more
Helpful
Report abuse

Loz83
TOP 500 REVIEWER
5.0 out of 5 stars A Brutal Assault Lead to an Unexpected Relationship with Tragic Results.
Reviewed in Australia on 10 October 2020
Noah and Devon, two brothers, raised by a disturbingly sick and twisted father into a life of debauchery and depravity.

They live in the dark recesses of of life. Killers for hire without a conscience.
Noah enjoys the acts of violence, satisfying his in demons, while Devon does surveillance, revelling in his photography, capturing imagery, in the living, but mostly the moments of dying.

They work like a well oiled team, excepting jobs from a nefarious clientele list until, Devon sees her.
Nina, their next case.
As he watches, and documents her life in preparation for Noah’s handiwork to be unleashed, he finds himself falling in love.

As Devon’s attraction grows for the broken Nina, after her horrific sexual assault, his relationship with his brother, Noah, disintegrates.

Eventually Noah’s behaviour escalates to the point where Devon has to confront his past to save, and keep Nina safe.
Will Nina survive another attack?
Will Sheriff Luke be able to put the pieces together about of the brutal double homicide committed at the town lake, and it’s relation to Nina’s assault to come to her aid?

All I can say is...Talk about a fr^^kin TWIST! AND. A gut wrenching, bitter sweet, climactic ending.

Ker Dukey is the queen of dark, twisted, suspenseful, strange, romance stories.
If your looking for a book where you have no idea where is going to end up,...or end.
This is that book
Five Stars
Read more
Helpful
Report abuse

bookfreak
5.0 out of 5 stars A dark, twisted, gripping read.
Reviewed in Australia on 16 July 2015
I love both these authors seperately but when they get together to write a book, i know it's going to be dark and twisty, and I See You doesn't disappoint. First off read the warning...This has got to be the best warning in a book ever!! If that doesn't make you want to carrying on reading then i don't know what will. I can't go into details because i don't want to spoil this for anyone, but this book will keep you guessing from start to finish. Nina is trying to get over a horrific attack, her new neighbour Devon is dark, twisted and obsessive, and slowly works his way into her affections. Can Nina rebuild her life? Will she give her and Devon a chance? Another brilliant 'WTF did i just read' collaboration from D H Sidebottom & Ker Dukey.
Read more
Helpful
Report abuse

From the beginning I was captivated, in part fear and part curiosity. We begin our experience looking through the depraved eyes and lense of Devon Trent, in a scene that pulls you in instantly giving you a glimpse as to the darkness the future pages hold.

I was torn where Devon was concerned, I wanted to hate him...
"Monster.I was born from one, raised by one and brother to one"

and yet.. he knew beauty and craved love...
.."you disarm me, intoxicate and utterly beguile me. I'm in danger of losing my heart to you and you not wanting it."

Nina, is made to endure a horrific experience that you would not wish on your worst enemy. (Please be warned this book contains triggers and is not for everyone) She is held prisoner after the traumatizing event, always looking over her shoulder..

"My soul died that day and my fragile heart missed it's companion, the scars inside and out"

...until she meets her new neighbor and slowly realizes she's ready to live again.

That my friends is only 35% in. There is so much still left that I won't tell you. So much that needs to be discovered personally, page by brilliant page.

"Maybe fairytales are a myth for a reason. For some, the story doesn't have a happy ending"

I was once again blown away by the raw talent these two authors are graced with. Individually they are phenomenal writers, combined they are literary geniuses in my opinion. The power they hold over their readers is spellbinding. My experience with these authors is that you can never come to any conclusions. You never really know what the hero or the villain is truly capable of and NEVER think you have it all figured out. (They are the mistresses of plot twists after all)

They toy with our mind. Striking fear and intrigue from the very first page. The book never leveled off, only seeming to increase in speed. Before you know it, It's daybreak and you are left hollow and in what is sure to be on of your biggest book hangovers.

DYOZ
5.0 out of 5 stars 5 Stars!! WOW!!
Reviewed in Australia on 16 July 2015
☆☆☆☆☆AGAIN these two twisted Authors Ker Dukey and DH Sidebottom blew my mind* I'm just stunned right now! Just WOW! As the reader be prepared to be pulled into the story right from the start and be standing there with your mouth wide open in Shock when done. I See You is intense and unpredicatble!
I can't say too much without giving away the story, so I will say lovers of DARK Twisted Stories "I See You" is the must read of 2015!'''''
This book just solidifies why I autoatically "One Click" anything by Ker Dukey & DH Sidebottom!
Read more
Helpful
Report abuse

Toni
4.0 out of 5 stars Psychological thriller
Reviewed in Australia on 5 November 2017
Edge of your seat psych thriller with disturbing elements and interesting plot twists. My first read by this author and I was impressed. Definitely worth the read if you enjoy dark characters and subject matter. Not quite 5 stars but certainly getting close to it. Can't put my finger on it because to name something would detract from the positives. Well worth the read so just do it...
Read more
Helpful
Report abuse
See all reviews

KM Lowe
4.0 out of 5 stars Twisted, twisted, twisted!
Reviewed in the United Kingdom on 13 March 2018
Verified Purchase
I've read a few of Ker Dukey's books over the last twelve months, so I did expect this to be dark, twisted, and down right evil. I was right, it was as evil as they come, but the twist at the end wasn't one I expected, so give five stars for that. The story as a whole was so twisted, I cringed at bits. However, the story continued to hook me through each chapter. If you like dark, twisted books then this is one for you. It isn't for the faint hearted.
Read more
Report abuse

Kindle Customer
5.0 out of 5 stars excellent twisted mind f**k
Reviewed in the United Kingdom on 22 July 2015
Verified Purchase
I must admit I was a little scared to read this book. I'd heard so many great reviews about this dark sick and twisted story.
When Ker and DH collaborate explosive things happen and I was not disappointed.

Nina Drake was just an ordinary twenty-something girl, working in a local bar and hanging out with her best friend, her beloved cat and avoiding the creepy old pervy man next door. Totally out of the blue Nina is subjected to a horrific and brutal attack. After which an alone, broken and almost reclusive Nina moves away and isolates herself from the world not letting anybody close until she meets her sexy new neighbour Devon.

This book knocked me for six. It was so unexpected I totally did not see it coming until it literally slapped me in the face.
I was held captive by the story and the characters with both fear and excitement and was totally blown away.
What an excellent twisted mind f**k.
Read more
Report abuse

Amazon Customer
5.0 out of 5 stars WOW oh WOW
Reviewed in the United Kingdom on 6 October 2015
Verified Purchase
these ladies are unbelievable. this book is epic! so depraved and deliciously twisted, it takes you on a journey you'd be too scared to take yourself but you trust them to guide you and believe me you will not be disappointed! the ending crashes upon you and you can't believe what your reading but is ultimately satisfying. i'm off to annoy my husband by denting the bank account and one clicking some more LOVE these ladies!!
Read more
Report abuse

Kindle Customer
5.0 out of 5 stars Prepare to be mind f.....
Reviewed in the United Kingdom on 16 July 2015
Verified Purchase
Well. ... how to describe how I feel ...
As usual from these two fantastic writers a book which makes you pause for breath at the end ... and... you stop... and ...... you think ...... and you take hours to get yourself back to normality... brilliant... nothing else to add....
Read more
Report abuse
See all reviews
Get FREE delivery with Amazon Prime
Prime members enjoy FREE Delivery and exclusive access to movies, TV shows, music, Kindle e-books, Twitch Prime, and more.
> Get Started
Back to top
Get to Know Us
Make Money with Us
Let Us Help You
And don't forget:
© 1996-2020, Amazon.com, Inc. or its affiliates