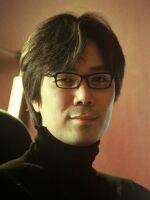 I Have the Right to Destroy Myself Paperback – 2 July 2007

by KIM YOUNG-HA (Author)
4.1 out of 5 stars 75 ratings
See all formats and editions
Sorry, there was a problem loading this page. Try again.

In the fast-paced, high-urban landscape of Seoul, C and K are brothers who have fallen in love with the same woman-Se-yeon-who tears at both of them as they all try desperately to find real connection in an atomized world.A spectral, nameless narrator haunts the edges of their lives as he tells of his work helping the lost and hurting find escape through suicide.Dreamlike and beautiful, the South Korea brought forth in this novel is cinematic in its urgency and its reflection of contemporary life everywhere-far beyond the boundaries of the Korean peninsula. Recalling the emotional tension of Milan Kundera and the existential anguish of Bret Easton Ellis, I Have the Right to Destroy Myself achieves its author's greatest wish-to show Korean literature as part of an international tradition.Young-ha Kim is a young master, the leading literary voice of his generation.
Read more
Previous page
Next page

PRAISE FROM KOREA FOR I HAVE THE RIGHT TO DESTROY MYSELF "[Kim's] novels are fragments of his amazing imagination. With uncommon creativity, grotesque images, and stories that build on and into each other like a computer game, he perplexes his readers as much as he delights them."--LEADERS KOREA literary magazine

At the library, I flip through magazines first. Of all the articles, the interviews interest me the most. If I m lucky, I find clients in them. Reporters, armed with middlebrow, cheap sensibilities, hide my potential clients characteristics between the lines. They never ask questions like, Have you ever felt the urge to kill someone? . . . But I don t encourage murder. I have no interest in one person killing another. I only want to draw out morbid desires, imprisoned deep in the unconscious. This lust, once freed, starts growing. Their imaginations run free, and they soon discover their potential . . . They are waiting for someone like me.
A spectral, nameless narrator haunts the lost and wounded of big-city Seoul, suggesting solace in suicide. Wandering through the bright lights of their high-urban existence, C and K are brothers who fall in love with the same woman Se-yeon. As their lives intersect, they tear at each other in a struggle to find connection in their fast-paced, atomized world.
Dreamlike and cinematic, I Have the Right to Destroy Myself is a brilliant demonstration of why Young-ha Kim is Korea s leading young literary master.

YOUNG-HA KIM is the author of seven novels--four published in the United States, including the acclaimed I Have the Right to Destroy Myself and the award-winning Black Flower--and five short-story collections. He has won every major Korean literature award, and his works have been translated into more than a dozen languages. He lives in Seoul, South Korea.

Read more
Start reading I Have the Right to Destroy Myself (Harvest Original) on your Kindle in under a minute.

4.1 out of 5 stars
4.1 out of 5
75 global ratings
How are ratings calculated?
To calculate the overall star rating and percentage breakdown by star, we don’t use a simple average. Instead, our system considers things like how recent a review is and if the reviewer bought the item on Amazon. It also analyses reviews to verify trustworthiness.

Aminu jolade
4.0 out of 5 stars Book Review
Reviewed in the United Kingdom on 19 November 2021
Verified Purchase
There is something so disgustingly enjoyable about this book. In a book that highlights suicide and death, it almost makes justifications and desirability of difficult situations.
.
As someone who to some extent have a good knowledge of Korean popular cultures such as their food, music and dramas. The suicide rate in Korea is one of the highest in the world, so it was not surprising to read this book from the point of view of someone who encourages people to die.
As he said, he does not kill them himself, he does not necessarily put the knife in their hands, he almost wants us to believe that he gave these people courage in the last days of their lives.
Two themes take precedence in Judith, Evian, Mimi; desire and absurd fulfilment. He writes about his experience with these people, where he met them, how he vetted their desire and he helped them achieve their aim. He believes that life is not worth living and that he is doing a service to the world and the people he has helped but yet he has not helped himself.

I quote "There are two kinds of people. Those who can kill and those who can't. The second kind is worse. - People who can't kill can't ever truly love". He is the worse kind of person, he cannot love, he has in his own way been a thief, stealing his victim's hopes and dreams.

This book does not necessarily encourage murder or suicide as people seem to think. It just draws out morbid desires, imprisoned deep in the unconscious.
Read more
Report abuse

Miss Eff
4.0 out of 5 stars A must-read!
Reviewed in the United Kingdom on 3 February 2017
Verified Purchase
This was a really fascinating read. The novel tracks several people, all connected through one common person (although they fail to realise this), covering topics such as art, philosophy, the afterlife, love, sex, suicide, and more. The pace is punchy but descriptive enough to keep you interested - in fact, I was almost a little disappointed by how short the novel was, given its strengths.

This is an engaging, short read which really initiates some quality thinking!
Read more
One person found this helpful
Report abuse

HappyBunny
4.0 out of 5 stars ;)
Reviewed in the United Kingdom on 23 December 2015
Verified Purchase
Quite an insightful book and you really have to use your brain. Personally, I think it has a profound message and is definitely a piece of work.
Read more
Report abuse

Asri Razaei
5.0 out of 5 stars Five Stars
Reviewed in the United Kingdom on 20 June 2018
Verified Purchase
Thank you
Read more
Report abuse
See all reviews
Back to top
Get to Know Us
Make Money with Us
Let Us Help You
And don't forget:
© 1996-2022, Amazon.com, Inc. or its affiliates