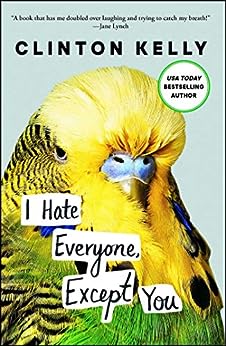 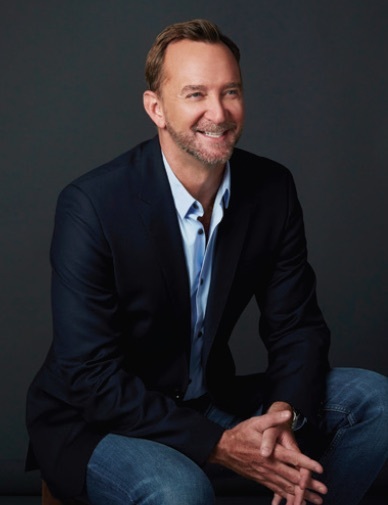 I Hate Everyone, Except You Kindle Edition

'Fashion maven Kelly is more booster than basher in this collection of mostly autobiographical essays about his life on- and off-screen... The former Long Island dork who always found fitting in difficult emphasizes his ongoing quest for common decency... A thoroughly light and entertaining memoir." * Kirkus Reviews * "Clinton Kelly made a name for himself transforming fashion failures into style mavens alongside Stacy London on TLC's What Not to Wear. Now, as co-host of ABC's The Chew and author of Freakin' Fabulous andFreakin' Fabulous on a Budget, Clinton has proven himself to be an arbiter of style and good taste in all areas - from fashion to entertaining and everything in between." * People * "Clinton Kelly has built an incredible fan base since appearing on 'What Not to Wear' and 'The Chew.' He comes off as someone who fans can relate to, which is appealing for viewers . . . Kelly is the man to go to when planning any party, and you can be sure his advice will be top notch." * Examiner.com * "Kelly seeks out the human quality that binds us all. He might be a fabulous and famous television star, but he empathizes with the girl who feels insecure in her outfit. That's the quality that has earned him fans that number in the millions and a social media following in the hundreds of thousands." * Long Island Press * Praise for Clinton Kelly "Hitting the summer wedding circuit but not sure what to wear? Clinton Kelly, Macy's wedding expert, has your back." * Parade * Praise for Dress Your Best with Stacy London "The spunky hosts of TLC's What to Wear present a fashion guide that's empowering, friendly and exceedingly useful . . . Ladies and gentlemen, start your shopping engines-and don't leave home without this book!" * Publishers Weekly * "Clinton Kelly, host of ABC's 'The Chew,' knows a thing or two about entertaining. In his new book, Freakin' Fabulous on a Budget, Kelly shares his no-fail tips for living the fab life on the cheap." * ABC News * "Kelly does a terrific job of demystifying the role of host or hostess . . . Readers in search of basic housekeeping and party-hosting tips-not to mention Kelly's fans-will find the book informative and entertaining." * Publishers Weekly * Praise for Freakin' Fabulous on a Budget "If there's a stylish wannabe on your gift list who just got their first apartment or starter home, you can now check the box next to their name off with a flourish." * Denver Post * "Laugh your way through this irreverent tome." * Newsday * Praise for Freakin' Fabulous "Grammar pointers, etiquette tips, appetizer recipes, and wardrobe advice deliver big laughs-seriously." * Chicago Tribune * "Usually taking the high road, Kelly recounts past love affairs, run-ins with rude diners, and correspondence from unfavorable viewers with equal, levelheaded aplomb... A thoroughly light and entertaining memoir." * Kirkus Reviews * "Funny, smart, and profane." * Shelf Awareness * "No matter how you know Kelly, you will know him infinitely better after reading I Hate Everyone, Except You, his hilarious, wise, and revealing new memoir... Kelly delivers a perfect blend of heart, humor and trucker language." * Bookpage * Praise for I Hate Everyone, Except You "Clinton wrote a book that has me doubled over laughing and trying to catch my breath! Life is too short not to laugh good and hard when a good, hard laugh is offered. Clinton is offering. Read his book." -- Jane Lynch, actress, comedian, and New York Times bestselling author of Happy Accidents --This text refers to an out of print or unavailable edition of this title.

Clinton Kelly is a television personality, style expert, and entrepreneur. He won an Emmy as a cohost of ABC’s daytime hit, The Chew. He also cohosted What Not to Wear, TLC's longest-running primetime reality show, for a decade. Clinton starred in more than 300 episodes of What Not to Wear over the course of ten years, offering honest style advice with a sense of humor. More than one million people watched the popular makeover program every week. Clinton is the author of Freakin’ Fabulous; Freakin’ Fabulous on a Budge; Oh, No She Didn’t; and I Hate Everyone, Except You. --This text refers to an out of print or unavailable edition of this title.

4.2 out of 5 stars
4.2 out of 5
298 global ratings
How are ratings calculated?
To calculate the overall star rating and percentage breakdown by star, we don’t use a simple average. Instead, our system considers things like how recent a review is and if the reviewer bought the item on Amazon. It also analyses reviews to verify trustworthiness.

dillsmylove
5.0 out of 5 stars Enjoyable Devilish Trashy Read
Reviewed in Canada on 18 September 2017
Verified Purchase
Became a fan of Clinton Kelly's when he started co-hosting The Chew. I really had no interest in his other show What Not To Wear, as fashion bores me. On The Chew, I found him to be intriguing for his personality, along with his twisted sense of humor, and his twinkly charisma. The man is crazy! In a unharmful way of course. He is a whole different big ball of wax to learn about. By reading the book you learn of another side of Mr. Kelly. In my opinion, the man is gay, moody, opinionated, dramatic, has probably one of the world's biggest hearts for the things he loves; and after reading the book I love him even more! I enjoyed reading about this man's many normal life challenges with the addition to all of them of being gay. I learned Clinton Kelly is not a patient man, he doesn't wait for life to please him, he makes happiness happen on his own clock! It was a short read but I decided to savour each chapter of it over many cups of tea and several glasses of Chardonnay. At the end, I found it to be simply good entertainment and a read I felt that was indulgently trashy.
Read more
Report abuse

Isha Nair
3.0 out of 5 stars Not very happy
Reviewed in Canada on 7 March 2017
Verified Purchase
I guess... i started reading with high expectations as it was by Clinton Kelly,I like him from 'TheChew'. But sorry to say, i didn't enjoy it much. It definitely starts off pretty well but as a reader i felt like i lost interest half way through, may be it's not my style or may be i just felt some filters were needed for a reader like me. Couldn't finish reading...
Read more
One person found this helpful
Report abuse

Margaret
1.0 out of 5 stars Disappointing
Reviewed in Canada on 2 April 2017
Verified Purchase
I was surprised at the foul language. I expected more from someone who presents himself so well on tv.
Read more
One person found this helpful
Report abuse

Amazon Customer
4.0 out of 5 stars Four Stars
Reviewed in Canada on 12 May 2018
Verified Purchase
Happy
Read more
Report abuse
See all reviews
Back to top
Get to Know Us
Make Money with Us
Let Us Help You
And don't forget:
© 1996-2021, Amazon.com, Inc. or its affiliates