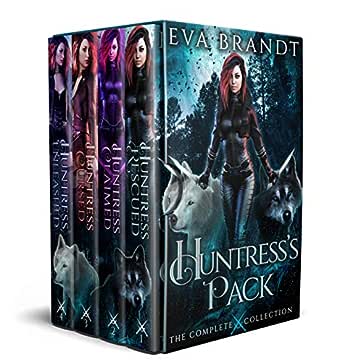 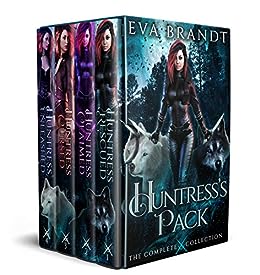 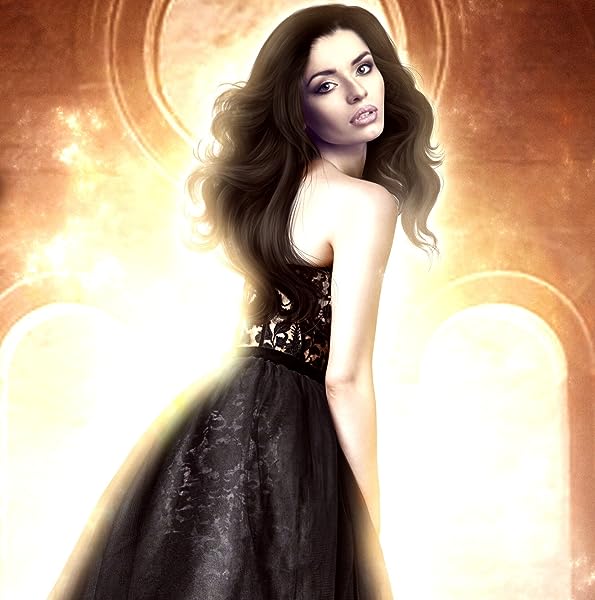 3.6 out of 5 stars
3.6 out of 5
4 global ratings
How are ratings calculated?
To calculate the overall star rating and percentage breakdown by star, we don’t use a simple average. Instead, our system considers things like how recent a review is and if the reviewer bought the item on Amazon. It also analyses reviews to verify trustworthiness.

Shezza49
5.0 out of 5 stars fantastic series of books
Reviewed in Australia on 12 February 2021
Love shifter books, but not about vampires. Wolf shifters are my favorite genre
The books just flowed from start to finish for me. I found them to be very
well written. Had trouble reading the vampire book, as I don`t like them. Just a block in
my brain saying they are not normal people. BUT in saying that, people will say, shifters
are not normal people.
The characters in each book worked very well with each other, and I connected with them
very well.
There might have been one spelling mistake, but can`t remember where it was now.
I also never found any holes in the plot of these books.
I can really recommend this series to others that are over the age of 18+

Anne Maria Dwyer
5.0 out of 5 stars Brilliant series!
Reviewed in Australia on 29 January 2021
Huntress Rescued
When Imogen is captured by Popovic, it is her worst nightmare - she is a member of one of the oldest lines of hunters, and he gives her to Daimon Rossi as a bride. Daimon turns her into part demon - and her family will disown her now that she is no longer pure.
Xander, Byron and Ulysses rescue her, and she becomes their mate. But Daimon still wants her, and will stop at nothing to get her back - will the wolves be able to keep their mate safe?
Huntress Claimed
Daimon Rossi is still trying to make Imogen (or Ressa, who is sharing her body) his bride - but she is fighting him at every turn, with the help of Xander, Byron and Ulysses. But will they be strong enough even together to win this battle?
Huntress Cursed
Ressa knew that she was in Imogen's body - but couldnt find a way out. She wanted to be with her three werewolf soul mates, but was with a demon and a vampire - were they also meant to be hers? She knows she is a demon too - and will do anything to protect those she loves. But she must get rid of Imogen - mustn't she?
Sophie’s Choice
Zachary knew he had to make some hard choisces to save Sophie - but has no idea what the cost will be. How will Sophie react when her daughter is lost? What choices will she make that will affect them - and others - for eternity?
Huntress Unleashed
Ressa had been put into Imogen's body after her death so that she could be with her mates. But Imogen has been brought back too, and is after revenge. Sophia and Zachary were to be Ressa's birth parents, but Zachary sacrificed their daughter to save Sophia's life.
There will be a war - and Imogen and Ressa will have to face off against each other - who will win? Will anyone survive this final battle? I have enjoyed all of the books in this series!
I received a free copy of this book via Booksprout and am voluntarily leaving a review.
Read more
Helpful
Report abuse
See all reviews
Back to top
Get to Know Us
Make Money with Us
Let Us Help You
And don't forget:
© 1996-2021, Amazon.com, Inc. or its affiliates