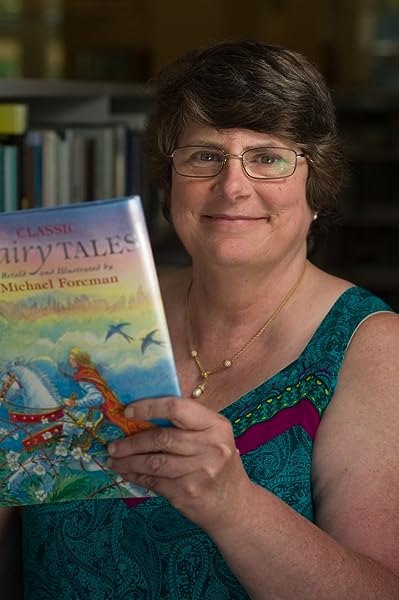 by Susan Carroll (Author)
4.7 out of 5 stars 20 ratings
See all formats and editions
Sorry, there was a problem loading this page. Try again.

In a time of intrigue and betrayal, the huntress is on a quest that could jeopardize two empires and two great queens: Catherine de Medici and Elizabeth I. The year is 1585-and prophecy has foretold the coming of a daughter of the Earth whose powers are so extraordinary they could usurp the very rule of the Dark Queen herself, Catherine de Medici. Dispatched from Brittany to London, Catriona O'Hanlon, known as the Huntress, must find this mysterious young girl and shield her from those who will exploit her mystic abilities, which have the potential to change the course of history. Catriona's skill with weaponry is all she has to protect herself and her young charge from spies who snake through the courts of Elizabeth I, the Virgin Queen-including the girl's own father, whose loyalties are stretched to the breaking point. But Catriona will soon face menacing forces and sinister plots unlike any she has ever encountered. From Susan Carroll, the celebrated storyteller of historical fiction, The Huntress is an unforgettable portrait of power and passion-and one woman's courage to risk everything for those she loves. "Susan Carroll writes sparkling dialogue and exquisite prose."
-Teresa Medeiros, author of After Midnight
Read more
Previous page
Next page

Susan Carroll is an award-winning romance author whose books include The Bride Finder and its two sequels, The Night Drifter and Midnight Bride, as well as The Painted Veil, Winterbourne, The Dark Queen, The Courtesan, The Silver Rose, The Huntress, Twilight of a Queen, and The Lady of Secrets. She lives in Rock Island, Illinois.
Start reading The Huntress on your Kindle in under a minute.

Author Susan Carroll began her career in 1986, writing historical romance and regencies, two of which were honored by Romance Writers of America with the RITA award. She has written twenty six novels to date. Her St. Leger series received much acclaim. The Bride Finder was honored with a RITA for Best Paranormal Romance in 1999 and also received the Reviewers Choice Award from Romantic Times magazine for Historical Romance of the year. Two sequels followed, The Night Drifter and Midnight Bride.

Ms. Carroll launched a new series with the publication of The Dark Queen set during the turbulent days of the French Renaissance. A blend of history, romance and intrigue, these six books relate the saga of the Cheney sisters, three women of extraordinary abilities who live in constant peril of being accused of witchcraft.

Her most recent title, Disenchanted is a humorous retelling of the Cinderella story.

Campbell
5.0 out of 5 stars Sparks Fly When the Huntress meets the Wolf!
Reviewed in the United States on 3 March 2016
Verified Purchase
I have been following Susan Carroll's Daughters of the Earth series since the beginning and I felt The Huntress was a wonderful addition to the series. Catriona, the fiery Irish girl, has always been a tantalizing character hovering on the periphery of Fair Isle. I enjoyed seeing how Catriona and Ariane's relationship had developed since the last book, but the soul of this book centers on characters we came to love in The Courtesan and The Silver Rose: Martin Le Loup, Catriona, and Meg. I hesitate to go too deeply less this review become full of spoilers, but Carroll strikes a good balance, moving the plot off of Fair Isle over to England where our beloved Wolf has tried to reinvent himself in order to protect and provide for his daughter. Despite his best efforts to create the illusion of a peaceful life for his daughter, Martin just can't seem to keep out of trouble as he becomes entangled in the intrigues of Queen Elizabeth's court. Chaos breaks loose with the arrival of Catriona who has been sent to hunt down the Wolf at Ariane's request - what is an Irish daughter of the earth to do when faced with the prejudices of Elizabethan England and the charge to protect the infamous Silver Rose? Sparks fly between Cat and Martin, both the best and worst kinds, as they are forced into an uneasy alliance for the good of Meg, in the process becoming entangled in the dangerous violence between Catholics and Protestants during one of England's most contentious time periods.
I felt The Huntress was paced very well, the history behind the story is fascinating and I truly admire Susan Carroll's ability to create memorable characters whose fictional lives are woven so well into actual history. Cat is a feisty, independent character who does not grate on the nerves, nor becomes an Irish stereotype. Cat's backstory is a welcome revelation, her friendship with Ariane endearing, her romantic chemistry with Martin spot on, and her budding relationship to Meg enjoyable. Perhaps most of all I love that Cat is a woman who doesn't let either Martin nor Meg get away with much and usually sees right through their tendencies of drama or self-delusion. It makes her believable and sharp witted. Martin's development was also fun to read. Since The Courtesan, we have known Martin as a scrappy, resiliant thief prone to grandiose romantic gestures. As a father, Martin finds himself entering the perfect role, his heroic demeanor no longer a pretense as he honestly seeks to give his daughter the life she deserves. After his disastrous attempts at wooing Ariane's youngest sister Miri, his relationship to Cat is honest and refreshing.
Well paced and with characters that made me truly care about their fates, The Huntress is a wonderful book that helps the series transition its focus from the Ladies of Faire Isle to the next generation. Five stars and highly recommended!
Read more
Report abuse

Margaret S.
3.0 out of 5 stars Just Okay
Reviewed in the United States on 28 March 2008
Verified Purchase
If you read the other books in the Dark Queen series you will want to read The Huntress. Alone, the book would not have a leg to stand on. The book follows the same plot lines as the previous novels in the series. The plot drags in a lot of areas and is very predictable. Cat, while interesting at times, could have been better developed as a character as well as Maegera. I also did not like when the book switched character point of views in some chapters.

Catherine's short appearances were another weaker point in the book. It did not add much in terms of plot development and the way she was written made her seem as threatening to the characters as a parakeet.

The Cheney Sisters were barely mentioned and Ariane only made a cameo appearance. Miri and Gabrielle, were absent for all of the book with a few short sentences making a few statements about Miri's life. Maybe the author is setting up for Book 5 by not discussing them in this book. Since the series is really about the Cheney Sisters I would have liked for them to be interwoven into the plot.

I have to be honest that I am a little surprised with all the 5 star reviews. The book carries a great deal of flaws. All in all a decent afternoon read but not a book I would recommend or give it a glowing review.
Read more
One person found this helpful
Report abuse

Readaholic
4.0 out of 5 stars More of the same
Reviewed in the United States on 1 October 2013
Verified Purchase
Cat and Martin - Huntress and Wolf - are the main characters of this installment of the Dark Queen. We hear cursory information regarding the Chemey Sisters. They have all but fallen off the ends of the earth. Three strong women are but a memory. While the main characters are enticing and well written, I do miss the Cheneys. I am sure there is more to their story.
Read more
Report abuse

mime*6*
5.0 out of 5 stars Five Stars
Reviewed in the United States on 22 February 2018
Verified Purchase
Luv this series from Susan Carroll
Read more
Report abuse
See all reviews
Back to top
Get to Know Us
Make Money with Us
Let Us Help You
And don't forget:
© 1996-2022, Amazon.com, Inc. or its affiliates