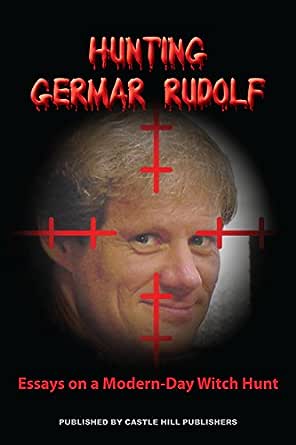 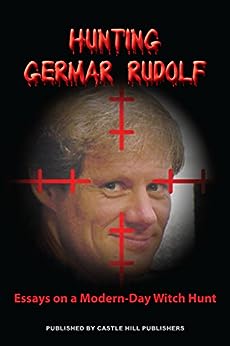 Amazon Customer
5.0 out of 5 stars Excellent
Reviewed in the United Kingdom on 23 December 2018
Verified Purchase
Eye opening account of a freedom fighter - a brave man standing up for free speech and the truth. Highly recommended.
Read more
One person found this helpful
Helpful
Sending feedback...
Thank you for your feedback.
Sorry, we failed to record your vote. Please try again
Report abuse

jerry picard
5.0 out of 5 stars Astonishing
Reviewed in the United States on 24 May 2018
Verified Purchase
If you accept the popular version of the holocaust this book should be on your list. Ever wonder why historians tend to accept the Zionist version? German Rudolf spent years in a German prison for doing chemical testing on the "gas chamber" walls at Auschwitz. He was a doctoral candidate at Germany's most prestigious technical institute. His conclusion was that no cyanide compounds were present,hence there was no gas chamber. It is illegal to say that in Germany. He lost his family,his career,his whole life....by the way he is not a Nazi,just a scientist.
Read more
4 people found this helpful
Helpful
Sending feedback...
Thank you for your feedback.
Sorry, we failed to record your vote. Please try again
Report abuse

CAL
5.0 out of 5 stars Very informative
Reviewed in the United States on 7 May 2017
Verified Purchase
Great to learn things that the "fake: media won't, or not allowed to print. What a shame our civil rights are disappearing & most don't even know!
Read more
3 people found this helpful
Helpful
Sending feedback...
Thank you for your feedback.
Sorry, we failed to record your vote. Please try again
Report abuse