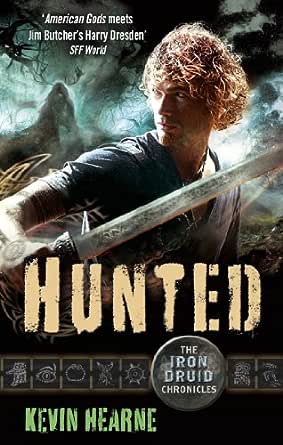 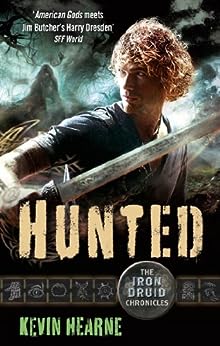 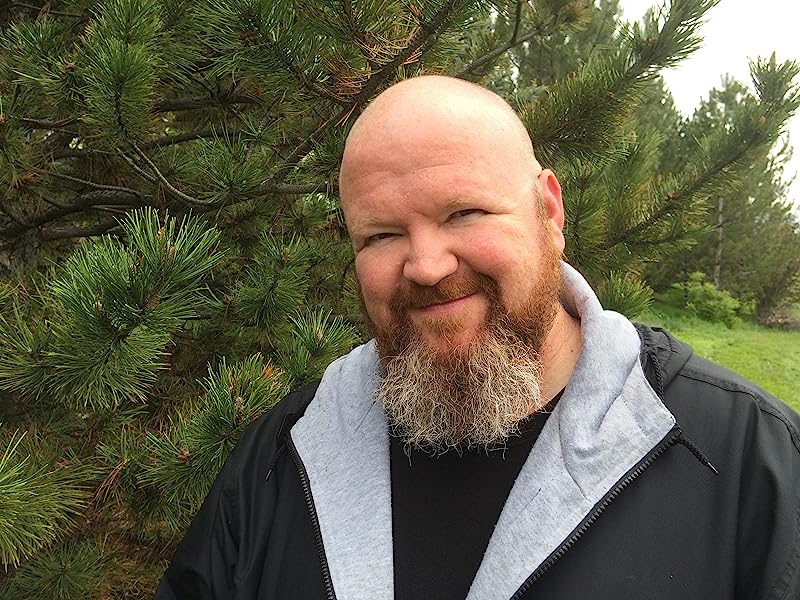 This is one series no fantasy fan should miss. Mystery, suspense, magic and mayhem * SciFiChick * Atticus and his crew are a breath of fresh air! . . . I love, love, love this series * My Bookish Ways * Entertaining, steeped in a ton of mythology, populated by awesome characters * Civilian Reader *

strength12515
5.0 out of 5 stars Great story!
15 August 2019
Format: Kindle EditionVerified Purchase
I really love the Iron Druid Chronicles and this book is no exception. The irreverent humour is awesome and I love Atticus' Irish ways, so very well portrayed. The story just keeps getting better and better!
Read more
Helpful
Comment Report abuse

Sharmane Devlin
5.0 out of 5 stars Hound love
26 December 2014
Format: Kindle EditionVerified Purchase
I adore this series ever since being referred to it by a great friend. The characters might be the best ever written. Oberon is quite honestly the greatest hound in history. Love it, the mixture of positivity, gratitude, love, sorrow and pain is perfection.
Read more
Helpful
Comment Report abuse

Kindle Customer
5.0 out of 5 stars Great
25 August 2016
Format: Kindle EditionVerified Purchase
Loved it and it was a great read. Worth the time and money. I am looking forward to the next adventure of the iron druid and company.
Read more
Helpful
Comment Report abuse

D. Smith
5.0 out of 5 stars WRITE A REVIEW OR NO STARS FROM YOU
25 August 2017 - Published on Amazon.com
Verified Purchase
Thoroughly enjoyable, well-written and well-researched books with an interesting premise. I am more than happy to give Kevin Hearne a 5 star rating in addition to purchasing everything he has published. I hope many others discover the fun adventures of The Iron Druid and a very entertaining cast of characters. However, the reader must jump through a mandatory hoop if you choose to leave a rating. Star ratings are not acceptable on their own. No, any star rating is booby-trapped with the requirement of a written review, further weighted with a minimum word count, no less! Write a review or no stars from you. This is a tad bit bit onerous for the buyer who enjoyed reading the book and respects the author enough to pause and tap some stars. The demand for written review effectively prevented me from posting the 5 star rating that might encourage others to enjoy an excellent book. This is ultimately unfair to Mr. Hearn, undoubtedly depriving him of many well-deserved 5 star ratings. Guilt eventually caught up with me, so herein lies not only my enthusiastic support of this book, but a bonus review of a misguided policy: to the Kindle folks or whoever came up with this Either/Or toll: lighten up on the needy/greedy gate keeping, already.
Read more
6 people found this helpful

Book Lovers Cozy Cafe
5.0 out of 5 stars A book that's get's to your feelers...
1 January 2019 - Published on Amazon.com
Verified Purchase
Well number 6 of the Iron Druid Chronicles series Kevin Hearne. This is definitely a step up from Trapped. Hunted took you on a whole new level of adventures, with so much going on you'd think it would be hard to keep up however it flowed quite smoothly.

However, the first time the POV change it did confuse me for a sentence or two, but then it became the norm for the book though there weren't too many.

This book though will definitely get you the feelers, I mean you grow with each character in a book, and when something happens, you feel that as well.

But alas, there are happy times in this book too, as well as the glorious laughs you get with these books, the quips are just downright hilarious.

I'm quite interested on what's going to happen in the next book, and this one leaves you with a "Oh Snap!" at the end. OH SNAP!
Read more

Cissa
4.0 out of 5 stars Good series continuation, with some ends tied
3 March 2015 - Published on Amazon.com
Verified Purchase
Pretty good all around, though the ending is so very clearly an opening for #7.

I will mention that the book itself is shorter than it seems, because the novella "Two Ravens and a Crow" is printed at the end. I appreciated that, since it describes events that happened between 2 of the other books, and it made some of the later events make more sense.

"Hunted" is an excellent title, because the bulk of the book happens as Atticus et al. are being hunted across Europe by various people and pantheons he's offended. It's very exciting and eventful, and does tie up some of the vast number of loose ends from previous books.

I liked the way Hearne differentiated between the Greek and Roman pantheons. I don't necessarily agree with his choices- as I do not with the Irish and the Norse ones- but they are solidly based and interesting.

For a 2100 year old dude, Atticus is sometimes really dumb in a young way... but I attribute that to his keeping his physiological age at 21, not an age at which young adults necessarily have lost all those teenaged hormones. If it were my choice, I think I'd go for 30 or so!

It's a fun series, and Im looking forward to #7. But- this is NOT the place to start! pretty much all of it references events that happened before, and I think someone new to the series would get lost.
Read more
4 people found this helpful

Lucrecia Graña
5.0 out of 5 stars Hunted: The Iron Druid Chronicles: Book Six
27 May 2015 - Published on Amazon.com
Format: Kindle EditionVerified Purchase
I have just finished the 6th book of this series. And I have just realized I haven't review any of the previous books.
Can't really say why. Mostly I'm afraid I won't do them justice...

I can honestly say I LOVE this series. I'm starting the 7th one just after I'm done writing this, I'll tell ya that. Already in my kindle ^^
I'm not quite sure how to go on though (probably why I have t tried reviewing this series before ;)
There's SO much I like. Or rather, I can't find anything I don't like.
And ppl should know. I cannot be selfish and enjoy this all by myself. Ppl need to know xD

These books are funny, geeky, smart, beyond interesting, geeky, awfully well written and researched, funny, engaging, action-packed, dark at times, sweet at times, geeky, funny and just plain brilliant.
I mean, what's there to say about a Druid over two thousand years old who keeps up with the world and has an Irish wolfhound who he's taught to talk so they can communicate through a mental link, totally badass or what?
And said hound, Oberon, loves bacon (and then again who doesn't? crazy ppl, that's who) watches Dirty Harry movies, quotes Star Wars and loves to get down and dirty with French poodles. He's loyal, loving, can't tell time well, loves stories (and they are the only way he'll get a bath) and he's basically a big geek who loves meat. Adorable (and far from it when in battle)
Well, frakking awesome is what I say.
AWESOME!
There.

I cannot think of a reason someone wouldn't enjoy this series. I mean, I know I strongly relate to the bacon and geek part, but still!
Has a little of everything and then holy f*cking SOME.
And when I say a little of everything I'm taking the totally awesome Druid, his hilarious, geeky talking-hound, the hot redhead newbie Granuaile, magic, werewolves, vampires, witches, dark elves, fairies, legendary swords, different plains of existence, any and every god from any and every Pantheon: Irish, Norse, Indian, Roman, Greek, freaking Christian for crying out loud...
And so on and so forth! You name it and they probably made or will make a guest appearance for better or worse.
Everything is just beautifully woven into these intricately, well thought stories that make these 6 books so far.
And the 7th I'm sure.
And more to come. I hope!

On a side note, I'd like to point out that I get the audiobook version of books I like whenever I can so that I'm always 'reading' even when I can't actually hold the iPad.
So I need to say this.
Christopher f*cking Ragland has made my reading these books, which we already agreed are freaking awesome and then some, even better.
What's better than freaking awesome? Christopher Ragland doing Atticus and Oberon, that's what. He's doing more than reading the books, he's living them and making it impossible for me to imagine Atticus (sexy voice BTW) and Oberon with a different voice.
Job well done.

Enjoy!
Read more
One person found this helpful
Go to Amazon.com to see all 612 reviews 4.7 out of 5 stars
Get FREE delivery with Amazon Prime
Prime members enjoy FREE Delivery and exclusive access to movies, TV shows, music, Kindle e-books, Twitch Prime, and more.
> Get Started
Back to top
Get to Know Us
Make Money with Us
Let Us Help You
And don't forget:
© 1996-2020, Amazon.com, Inc. or its affiliates