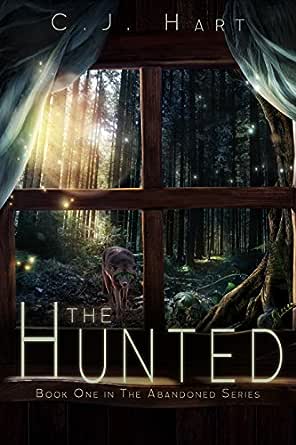 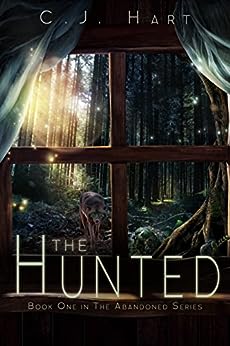 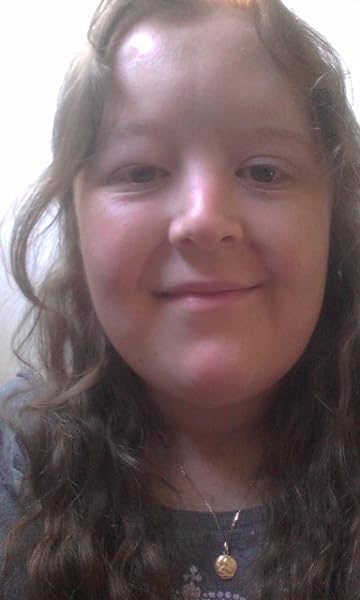 C.J. Hart (Also known as Renee Swann and Renee Shearer.)
Renee Shearer writes young adult fiction under the name of C.J. Hart. Renee is a full-time writer who lives in Sydney, Australia, with a crazy pooch named Abbey and a boisterous, somersaulting rescue budgie named Kaleb. Her days are spent living in her fictional worlds and consuming way too much caffeine. She has an (unhealthy?) obsession with all things cupcake- and coffee-related plus Kerouac and YA dystopia/fantasy books. Renée can often be found surrounded by books, marathoning crime shows and munching on vegan goodies, on Twitter (@Renee_Shearer), Pinterest, or dancing in a rainstorm.

Renée hopes to one day visit Rio and is currently learning Brazilian Portuguese.

Sam
5.0 out of 5 stars Such an great book
Reviewed in Germany on 9 December 2015
Verified Purchase
I love, love, love C.J. Hart's writing. I mean it. You're drawn in from the start and there's nothing that can get you back out again. Before you know it you walk among wolves, ravens and hunters, not sure where you wanna belong. I totally claim Seb as my own (I don't care what you say, Miss Hart) and can only tell you to read this story.

It has suspense, and love, and an absolutely amazing Book boyfriend. You know you want it. You really do. I'm moving on to book two. <3
Read more
Report abuse

Jennifer L.
5.0 out of 5 stars What a cliffhanger!
Reviewed in the United States on 18 September 2015
Verified Purchase
A fast paced novel about two star crossed, teenagers who hope to outwit fate. Cassie, the daughter of the lead hunter, and Seb, the skinwalker wolf, try to make a go of things even though everything and everyone seem against them. A great read for teens and up. Some violence but nothing above a 'G' rating in the romance department. Actually, teens should take note of how respectful Seb is toward Cassie and her father and how slowly they take their relationship. Also, both of these teens hold down jobs, know their way around a kitchen, have good hearts, and don't have the typical entitlement attitude. Sure they have their issue, but I genuinely like these two.

The story moves at a good pace, never a dull moment, and there is most plenty of action. There are still some unanswered questions about the past that I'm hoping get addressed in the next book. I'd really like to know more about Seb's childhood and what happened with his father. Is there only one skinwalker per family so that when the son becomes one the father can't change any longer? Did Cassie's mom know that the good doctor is the head hunter and if she did, what did she think about that? These characters are spun in such a way that they seem very real and it's easy to feel bonded to them. Cassie being horribly addicted to sugar is so easy to relate to and a fun part of her character. Can I just guess that they both run off to another state and start up a candy shop somewhere to support their habit?

The HUGE cliffhanger at the end must be addressed. That was just cruel! I read the last few lines of the book and then sat for a good five minutes in disbelief that it left off where it did. I'm dying to read the next book and don't know how I'll make it through the next few months until it comes out. Well played.
Read more
4 people found this helpful
Report abuse

LoveToRead°💕🌻
1.0 out of 5 stars I tried hard to like this book and the next
Reviewed in the United States on 5 November 2017
Verified Purchase
I tried hard to like this book and the next. I hate the next book even more. The hunters and skinwalkers are written as enemies, or the males are. The ability to shift and the hunter gene is only passed onto males, not explained. For a female to become a skinwalker, they have to be bitten in a specific way. I hated how the skinwalkers are set up as bloodthirsty animals in human skin after they go through a ritual that puts an animal in their body. Real animals primarily stay away from humans unless sick or cornered. They hunt native animals in the woods. So, this insane need to feed off of human flesh is gross, weird, and not romantic. It is briefly explained away as a byproduct of the first witches who did the ceremony and chose their animal which makes no sense. That is not a good explanation.

Also, why is Cass so okay hanging out with them when she knows they have eaten humans as meals in the past. Not now, they are reformed. I would have a serious problem with that. It is still murder. There is so much murder and okayness with it. I got fed up. Ash is sadistic A-hole and should be put down. I don't understand why he is not. Silver bullet to the brain and he would not have killed so many people. Cass is self absorbed which is super annoying. I came to hate her character. I had so many issues with this book, but I am trying to not give a lot of details. The second book is worse. I was hoping it would get better. I was wrong. These are my opinions only
Read more
Report abuse

J. Hooligan @ Platypire Reviews
2.0 out of 5 stars 2 Platypires
Reviewed in the United States on 30 September 2015
Verified Purchase
The book starts out pretty great.  It was captivating and I was quickly pulled into its world.  I absorbed the first chapter, because it was hard to put down.

And then everything changed.  There is just so much contradiction regarding skinwalkers that I couldn't keep up with what was going on.  How can someone who is terrified of them at the beginning, blow them off like they're nothing over and over again?  There's more along those lines, but I'm not getting into spoiler territory.

There are a couple moments of redemption, but they're quickly over.

I really wanted to like this one, and I tried.  But there's just too much about it that took me out of the story and frustrated me.

Although this one ends on a cliffhanger, I have no interest in continuing.
Read more
6 people found this helpful
Report abuse

Ashley M Graham
4.0 out of 5 stars Left me wanting more!!!
Reviewed in the United States on 11 January 2016
Verified Purchase
I went into this book going in blind, not knowing what it was about. And I'm glad I did. This book left me want more. As soon as I noticed that it was going to be different POV, I was that much more excited to read this book. I love reading what the other main character thinks. There are afew slow areas of the books, and I do wish it would have gone more in to depth in the history of Seb, and also Cassie and her dad and how he became how he did. I do wish there was a little more action in this book, but this book takes you through what Cassie and Seb are feeling.It was a good book, and reading the beginning I did get a little lost, but soon forgot as I was swept away in their story. All in all, I look forward to reading book 2 (which I have). :)
Read more
Report abuse
See all reviews
Back to top
Get to Know Us
Make Money with Us
Let Us Help You
And don't forget:
© 1996-2021, Amazon.com, Inc. or its affiliates