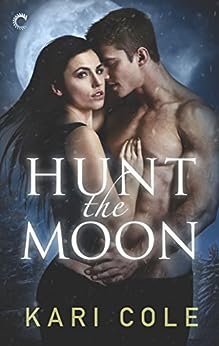 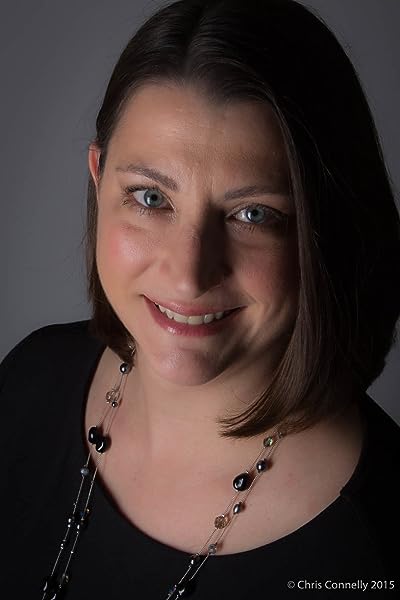 Mina
3.0 out of 5 stars Delivering on all the cliche tropes of paranormal romance: troubled Mary Sue, overbearing alpha-guy and the dreaded insta-love
Reviewed in Germany on 24 June 2018
Verified Purchase
I should have known better. Maybe I just should get off PNR forever and spare myself the continuous eye-rolling... you know, other reviewers like the book and I really can’t stand some of the downtrodden paths in PNR any more, so keep in mind that it could just be me.

It’s the story of Isabelle, a werewolf afraid of her wolf and hating all other werewolves. The why and what of how that came to pass is revealed at some time and it is a sad story. So, Isabelle hates werewolves, yet is thrown into their world when her brother, Freddy, gets engaged to one. The alpha of the pack, Freddy is going to marry into, is a lonely man, who lays eyes on Izzy - and is in love. He found his mate, magically, and now just has to convince Izzy that not all weres are bad and that she loves him, too.... Oh, there are people disappearing, murder and a huge conspiracy right in front of Luke, the alpha’s, eyes, but why should anyone care about that when there is a woman to tell that she should eat (yep, as if she were a kid), that she should do this and that and call that „love“.... I can’t express just how much I detest that overused trope.

Luke is described as a caring and overall wonderful man, yet all he ever does is intrude on Izzy’s space, snarl at people and think „Mine“ (with a capital M). I don’t feel any emotion, romance, love or even lust. It’s just not there. The world building is neglected, since this is just about caveman and the sappy things he (and she) says. It’s just one book of that kind too many for me. If you don’t feel that way and are a fan of the good old mate-bond magic, by all means, give it a try.

Amazon Customer
5.0 out of 5 stars Hard To Put Down
Reviewed in Canada on 14 June 2018
Verified Purchase
Shifter romance, especially werewolves, is my happy place, so I was excited to read a new author in my favourite genre—and I wasn’t disappointed. Despite being beyond busy right now with other projects, I kept going back to it. Highly recommend!!
Read more
Report abuse

BillyB
5.0 out of 5 stars My new favorite paranormal author
Reviewed in the United States on 11 June 2018
Verified Purchase
My new favorite paranormal author!!
When I pick up a shifter romance, I’m looking for that magical combination of sexy and suspenseful, set in a world that feels so real that it starts me wondering if — hmm — maybe there really are shifters among us! Hunt the Moon delivered all that, plus a super-hot alpha hero that I fell in love with in Chapter One. His Mate was, shall we say, more reluctant to surrender to his charms. Lol! But when she did it was sweet and smokin’ all at once. The suspenseful plot kept them on their toes from start to finish, and the secondary characters—like the sexy sheriff Vaughn—definitely need their own stories please! All in all, a terrific shifter romance right up there in Nalini Singh’s league.

Demetra
5.0 out of 5 stars September ‘18 favorite
Reviewed in the United States on 31 March 2019
Verified Purchase
I’m really a newbie in PNR romance. This book was a recommendation by a fellow blogger @ Bookish Creation blog and I’m so glad that I picked it up. This is only my second shifter romance and I definitely loved it!!

I don’t know where to start! I loved everything about the book. What makes it even more amazing is that this is the author’s debut novel, something I didn’t know till I finished it 😮

Luke and Izzy, such an explosive and perfect match! Luke is the Alpha in the pack Izzy’s foster brother found his mate. I didn’t really know that the whole mating bond worked with humans as well!

Izzy has been denying her wolf nature forever. She believes that the animal inside her is bad and needs to be suppressed. Luke knows that she is his mate from the first time their eyes meet. However, he’ll have a hard time convincing her about it!

I liked the storyline and the action at the end of the book. Izzy is a true badass and compliments Luke’s personality undeniably!! I’m looking forward to seeing more of them!

Desert Diva
5.0 out of 5 stars Romantic Suspense in a Paranormal World
Reviewed in the United States on 6 August 2018
Verified Purchase
Kari Cole is a fantastic writer. I loved the sexual tension between Izzy and Luke. Izzy is a strong female heroine and I was rooting for her the entire time. This book is absolutely a paranormal romance but with a huge dose of suspense. It was a nail-biting ride almost from page 1. The reader, like Luke, doesn't know who to believe or who to trust. There is a great setup for the next books in the series which I can't wait to read.
Read more
2 people found this helpful
Report abuse
See all reviews
Back to top
Get to Know Us
Make Money with Us
Let Us Help You
And don't forget:
© 1996-2021, Amazon.com, Inc. or its affiliates