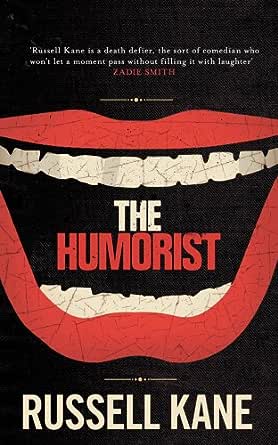 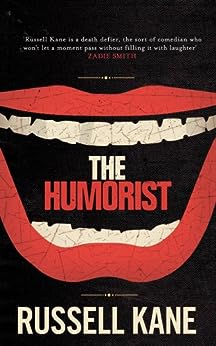 Russell Kane was born in Enfield, Essex, in 1980. His life-long love of literature meant that he read his way out of Ecstasy pills, cannabis and a job as a shop assistant, into a first-class degree and a job at an ad agency. He made Head of Copy in eighteen months. Then a colleague suggested stand-up comedy as a way of letting off steam and creative juice in the evening. Within two years, Kane had left the world of advertising to become a professional comedian and won last year's Edinburgh Comedy Award for Best Show, the most prestigious prize in UK comedy. The Humorist is his first novel. --This text refers to the paperback edition.

3.8 out of 5 stars
3.8 out of 5
23 global ratings
How are ratings calculated?
To calculate the overall star rating and percentage breakdown by star, we don’t use a simple average. Instead, our system considers things like how recent a review is and if the reviewer bought the item on Amazon. It also analyses reviews to verify trustworthiness.

David
5.0 out of 5 stars Blimey! The guy can write as well ...
Reviewed in the United Kingdom on 3 May 2012
Verified Purchase
Do not make the mistake of thinking this is another book that has winged its way to the shelves on the name of a celebrity. Russell Kane can write; he has the gift. But for a book called "The Humorist" authored by a respected stand-up comedian, there are precious few laughs here. The main character, humour-savant Benjamin White, understands humour like a teetotal cocktail waiter understands booze; he knows what goes in to make excellence but he can never partake. And yet, that is what he craves. This is the story of a man who pursues that which he cannot have, embracing all the horrible consequences. This is a beautifully written book, but don't look for the work of pastoral artists: more Hieronymus Bosch than Constable, with all the horrors of Hell on display. Full of bodily functions and course language, the ugliness is somehow more acceptable for the context and literary voice.

There was only one part of the book that grated and that was an epistolary section, penned by a character presumable from New York by his turn of phrase and stereotypical syntax. Had this been dialogue it might just have worked, but we are supposed to be reading a document. Would an official from, say, the Bronx write in exactly the same way he speaks? Maybe, but it felt wrong.

It is a small niggle, and does not merit the loss of a star.

Would I read this book again? For all its merits, probably not. Will I read anything else RK has to offer? Absolutely and without a moment's hesitation.
Read more
11 people found this helpful
Report abuse

Beanie
1.0 out of 5 stars Something of a misnomer
Reviewed in the United Kingdom on 3 January 2014
Verified Purchase
Sorry but I just couldn't like anything about this book. It was dark and it was far too graphic. There didn't seem to be any redeeming features. Felt like giving up but I made myself read it to the end, and sure enough it ended as I thought it would, and I still didn't like it! I've seen Russell Kane's live show and it was brilliant, one of the best. But as a writer, I don't think he's got the same appeal.
Read more
4 people found this helpful
Report abuse
See all reviews
Back to top
Get to Know Us
Make Money with Us
Let Us Help You
And don't forget:
© 1996-2021, Amazon.com, Inc. or its affiliates