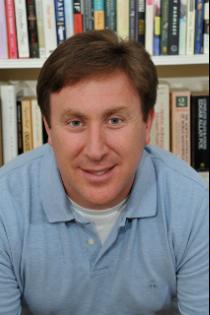 by Jonathan Tropper (Author)
4.5 out of 5 stars 320 ratings
See all formats and editions
Sorry, there was a problem loading this page. Try again.
Read more Read less

A stunning novel of love, loss, laughter and too much bourbon from the author of THIS IS WHERE I LEAVE YOU.

Jonathan Tropper was born and raised in Riverdale, New York. He attended the creative writing program at New York University Graduate School of Arts and Science, where he received a Masters degree. His novels have been translated into more than ten languages. He lives with his wife and children in Westchester, NY, and teaches writing at Manhattanville College. Visit his website at: www.jonathantropper.com.
Start reading How To Talk To A Widower: A Richard and Judy bookclub choice on your Kindle in under a minute.

4.5 out of 5 stars
4.5 out of 5
320 global ratings
How are ratings calculated?
To calculate the overall star rating and percentage breakdown by star, we don’t use a simple average. Instead, our system considers things like how recent a review is and if the reviewer bought the item on Amazon. It also analyses reviews to verify trustworthiness.

Harriet Truscott
5.0 out of 5 stars I love Jonathon Tropper
Reviewed in Australia on 26 March 2015
Verified Purchase
I love Jonathon Tropper. He can do no wrong with the dynamic he creates between his characters in often debilitating circumstances. He is great at portraying human feelings and uses humour well to make the story more appealing.
Read more
Helpful
Report abuse

safetymatches
5.0 out of 5 stars Buy this book, love it and keep it with you forever ❤
Reviewed in the United Kingdom on 5 June 2017
Verified Purchase
This is my favourite book ever, I must have read it 30 times. I lost my paperback copy and had to buy the kindle version, but noticed I basically know it word for word.
This book means so much to me, it's absolutely my favourite book I've ever read. I recommend this book to every single person who asks for a recommendation and I totally recommend buying it if you're thinking about it.
Beautifully written and the characters are the most loveable characters I've ever read. The story is heartbreaking and hilarious, it has you laughing one second and then the next you're crying uncontrollably.

Seriously, buy this book and treasure every page like I do ❤❤❤
Read more
4 people found this helpful
Report abuse

M. J. Saxton
5.0 out of 5 stars No Timetable for Grief
Reviewed in the United Kingdom on 12 August 2008
Verified Purchase
This is a must for anyone who enjoyed "Friends", "Will and Grace" and those American TV movies on an afternoon. It comes from the same place; the humour and the poignancy are excellently executed.

It's a bit of a wallow, but rewarding for all that. Very much a book of the Aughties.

Doug, Russ and Claire are the lynchpins and the author details their psychological messes in a way that completely endears them to the reader. It is fun to be part of all this.

The surrounding Parker family again match those TV types we all know, but that is not to denigrate, but to praise: Tropper's writing resonates with fellow feeling and that's what makes it all so enjoyable.

This is not a deep novel, probably more sentimental than analytical. That's a plus because if that's the sort of book you feel like reading, you're in for a treat.
Read more
Report abuse

Kindle Customer
5.0 out of 5 stars Amazing novel
Reviewed in the United Kingdom on 27 July 2021
Verified Purchase
Read the paperback many years back a d loved it then, downloaded the kindle version as it's the kinda novel I can go back to again and again
Read more
Report abuse

LittleReader
4.0 out of 5 stars Running with the Crowd...
Reviewed in the United Kingdom on 2 November 2007
Verified Purchase
I dont generally read other reviews before submitting my own but for this I made an exception and am pleased to see that I'm running with the crowd!
The first novel of JT's that I have read, and quite far down my list of 'must reads' for this Summer, I thought it was wonderful.
Humourous and human would probably be the two words I would use to sum it up. How does one come to terms with the loss of a loved one? Very much like this, I imagine...
It didn't make me cry (not that that's a negative!), but I did feel sorrow for Doug and Russ and was easily able to empathise.
Highly recommended.
Read more
Report abuse

F Duncan
1.0 out of 5 stars I'm afraid I didn't enjoy it at all and, most unusually for me, I read only about half
Reviewed in the United Kingdom on 11 September 2020
Verified Purchase
I just disliked his style, the amount of swearing and sexual content (and I'm not prudish) and felt it was just generally in so many ways in bad taste
Read more
Report abuse
See all reviews
Back to top
Get to Know Us
Make Money with Us
Let Us Help You
And don't forget:
© 1996-2021, Amazon.com, Inc. or its affiliates