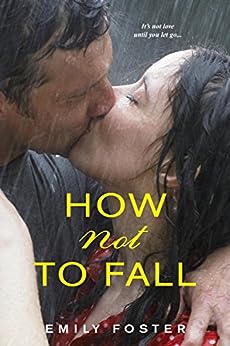 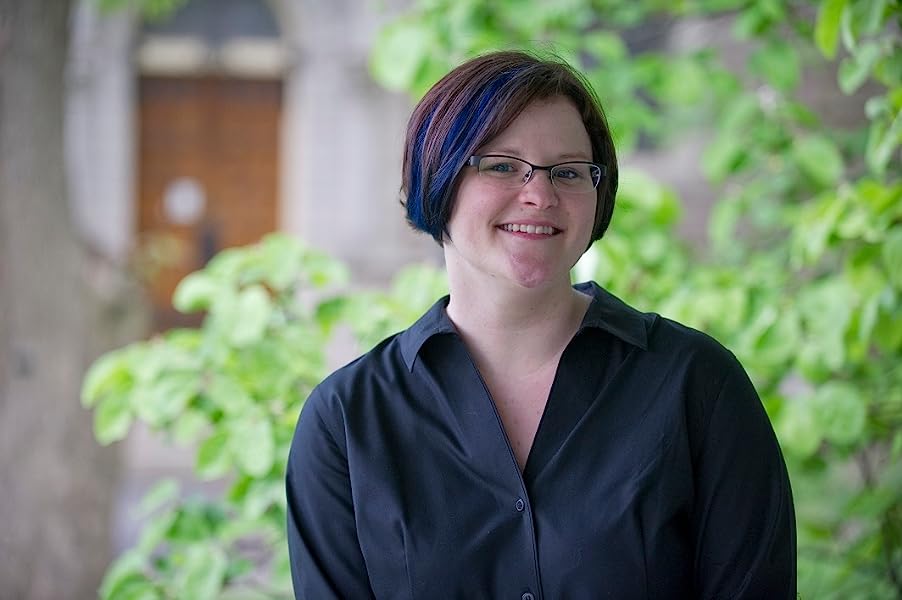 How Not to Fall (The Belhaven Series Book 1) Kindle Edition

In her witty and breathtakingly sexy novel, Emily Foster introduces a story of lust, friendship, and other unpredictable experiments. . . --This text refers to the paperback edition.

Emily Foster is a professional sex educator with a Ph.D. and a New York Times bestselling nonfiction sex science book (under a different name) to her credit. Writing popular nonfiction taught her that, if you want to change how people see the world, storytelling is better than all the research, statistics, and logic in the world. She lives in western Massachusetts with two dogs, two cats, and a cartoonist. Emily is funnier in real life (and hardly ever speaks in the third person). Visit her online at emilyfosterwrites.wordpress.com, or follow her on Twitter @EmilyFosterWrites. --This text refers to the paperback edition.

4.3 out of 5 stars
4.3 out of 5
75 global ratings
How are ratings calculated?
To calculate the overall star rating and percentage breakdown by star, we don’t use a simple average. Instead, our system considers things like how recent a review is and if the reviewer bought the item on Amazon. It also analyses reviews to verify trustworthiness.

HanShotFirst
4.0 out of 5 stars Science is sexy
Reviewed in the United Kingdom on 5 August 2016
Verified Purchase
I was floored by how much I enjoyed this. I normally don't read contemporary romance, nor do I tend to enjoy first-person narrative. And very, very rarely do I bother to write a review. However, this book was a delight, and there aren't enough reviews praising it, so I felt compelled to write a review. Fair warning: the book is a bit triggering for past violence (no one does anything violent, but violence from the past is discussed), and there is more graphic sex in this book than any other erotic romance book I've read in recent years. But I never felt the eroticism was unwarranted; frankly, it's pretty justified given the premise of the story. I love that the two characters can't just have sex all day; both have their own lives and careers, friends to visit, and interests to pursue. It just feels like a completely realistic story from that point of view. If you're an academic, you'll probably relate to aspects in this book regarding the world of academia and the search for an academic career. If you're a scientist, a student of science, or practitioner in psychology, you might get a real kick out of the dialogue between these two scientists. I love that when Annie lists what makes her attractive to someone, her first item is "my brain". I wanted to reach through my Kindle to high-five her! The only thing I'd say as a criticism is that Charles (who is English) sounds so much more American than and British. It was a little distracting, but it's a minor thing, and the only reason I put 4 stars instead of 5; I would've put down 4.5 if I could assign half stars. I would suggest the author run the next book via a beta reader who is either English, or from the British Isles, to get Charles to sound more plausibly English, especially given his background (no spoilers, but every time I've met someone of that particular background, especially that particularly school, they have a distinct way of speaking that is impossible to hide no matter how much they try; for anyone living in the UK hearing someone from that background speak, it is immediately apparent what their background is). I cannot wait for the next book.
Read more
One person found this helpful
Report abuse

sk80
5.0 out of 5 stars Probably the best romance novel I've ever read
Reviewed in the United Kingdom on 1 September 2020
Verified Purchase
...and I've read hundreds. This is an exceptionally well written (one can tell that the author is a scientist, but also a humanist) story, with a compelling plot, deep, realistic, beautiful characters. The lessons in this book, about life, love and healing will make your head explode. I will be reading this and the second installment (How not to Let Go) over and over. I only wish these books had been around 20 years ago when I was younger. So many eye-openers.
Read more
Report abuse

Toby F
5.0 out of 5 stars Highly recommend
Reviewed in Canada on 11 June 2019
Verified Purchase
Loved this book - so easy to read and hard to put down
Read more
One person found this helpful
Report abuse

Leanne
4.0 out of 5 stars Hilarious and dirty
Reviewed in Canada on 6 June 2021
Verified Purchase
It’s like 50 Shades meets Bridget Jones meets Amy Farrah Fowler. Annie is so awkward and cringey but I’m here for it!!
Read more
Report abuse
See all reviews
Back to top
Get to Know Us
Make Money with Us
Let Us Help You
And don't forget:
© 1996-2021, Amazon.com, Inc. or its affiliates