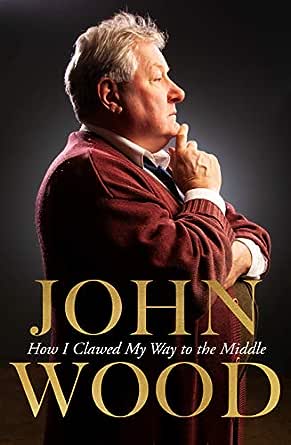 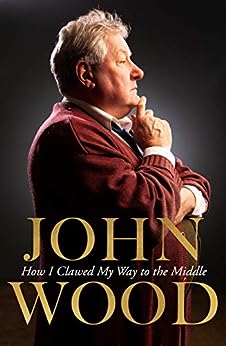 How I Clawed My Way to the Middle Kindle Edition

The long awaited autobiography of one of Australia's best loved actors. --This text refers to the paperback edition.

John Wood has been a part of the Australian entertainment industry for over 40 years earning himself a long list of credits for varied roles on stage and screen.
His TV career was launched in 1976, playing "Sugar Renfrey" in the ABCTV Production of POWER WITHOUT GLORY, for which he won his first Logie as Best Supporting Actor. In the 1980's he went on to star in the hit drama, RAFFERTY'S RULES as Magistrate Michael Rafferty which saw him become a well know and much admired television actor, taking out the Most Outstanding Actor Logie two years running.
From 1994 and for the next 12 years, he played the role of Tom Croydon in BLUE HEELERS, one of our highest ever rating TV dramas. It culminated in John winning the prestigious Gold Logie in 2006, after 10 consecutive nominations as most popular person on Australian Television.
Away from acting, John showed his personality as one of the very first contestants on the popular DANCING WITH THE STARS and shared his passion for food and wine as host of WINE ME - DINE ME. We travelled with him as he researched his family history on the SBS Series WHO DO YOU THINK YOU ARE? and laughed with him on Peter Hellier's comedy program, IT'S A DATE alongside Denise Scott. As a regular face on Australian television, John has become a national favourite among all age groups.
His recent television roles include Patrick Tyneman, the baddie everybody loves to hate, in ABC's THE DOCTOR BLAKE MYSTERIES and appearances in TRUE STORIES, HOW TO STAY MARRIED and THE YEARLY WITH CHARLIE PICKERING
His stage career has included everything from Shakespeare to Williamson and a few musicals in between, again winning a number of Best Actor awards along the way. In 2019 he is touring nationally with SENIOR MOMENTS after recently appearing in SUMMER AND SMOKE, CARPE DIEM and BAKERSFIELD MIST. --This text refers to the paperback edition.

joy m johnson
5.0 out of 5 stars interesting read
Reviewed in Australia on 13 August 2020
Verified Purchase
While I may have not seen the many characters that John Wood has portrayed, I enjoyed what I have seen, and enjoyed this book. What I like is he says it how he saw it....no sugar coating the people involved in his working career.
Lot of humor as well.