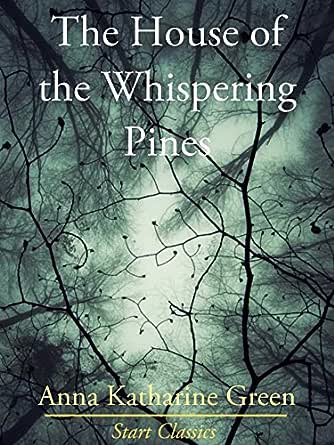 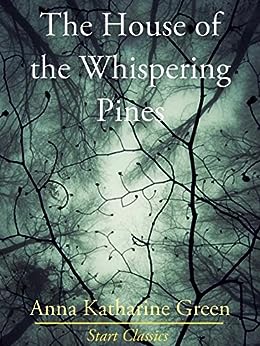 Anna Katharine Green was an American poet and novelist. She was one of the first writers of detective fiction in America and distinguished herself by writing well plotted, legally accurate stories. --This text refers to an alternate kindle_edition edition.

4.0 out of 5 stars
4 out of 5
70 global ratings
How are ratings calculated?
To calculate the overall star rating and percentage breakdown by star, we don’t use a simple average. Instead, our system considers things like how recent a review is and if the reviewer bought the item on Amazon. It also analyses reviews to verify trustworthiness.

Patto
5.0 out of 5 stars "You do not often see such beauty"
Reviewed in the United States on 12 June 2010
Verified Purchase
Carmel Cumberland at seventeen is of such rare beauty that Elwood Ranelagh, upon seeing her, falls directly out of love with his fiancé, her older sister Adelaide, and madly in love with Carmel.

His selfish attempt to marry Carmel in place of Adelaide indirectly leads to Adelaide's murder.

The scene of the crime is Ranelagh's clubhouse, The Whispering Pines, just after he, its president, has locked it up for the winter. No one should have been there that snowy winter night, but several people were, either having secret meetings or wandering about in the dark. The police struggle to figure it out, as they lay a murder charge first against Ranelagh, and then Arthur Cumberland, the dissipated brother of Carmel and Adelaide.

So perplexing is the case that the local authorities call in an ace detective from the New York City police force. Sweetwaters with his weak chin and protruding nose impresses no one, until he begins uncovering disturbing new evidence.

Anna Katherine Green was the daughter of a prominent trial lawyer, and as a child she often listened to him discussing cases with his friends - fellow lawyers, judges and police chiefs. When she later became a best selling novelist, Green was greatly admired for her accurate presentation of the law, forensics and police procedure.

In The House of the Whispering Pines, published in 1910, Green does a masterful job of portraying tricky interrogations. Her inquest and trial scenes are rich in drama and suspense.

Green is credited with many original contributions to the genre of detective fiction, including the invention of the detective series.

I found this book thoroughly enjoyable. There's nothing quite like a good vintage mystery, with characters dashing about in one-horse sleighs through the blinding snow, their emotions in turmoil.

Nancy
3.0 out of 5 stars An unusual mystery and trial scene drama
Reviewed in the United States on 8 July 2016
Verified Purchase
When I began reading this book I thought it was set in the 19th century, or earlier, in England, because they were using candles and driving horse-drawn cutters, but finally on learning that they had a telephone, I knew I must be confused. When they referred to the detective from New York, I really knew I'd got it wrong! The writing is rather stilted and the style is somewhat "old-fashioned". However, I did read the book through to the end, wanting to know what exactly happened to all the characters and who did the crime, so it held my interest. I only gave it 3 stars, but I almost clicked the 4 star. I would read it again. It was free on my Kindle, so I have very little to complain about.
Read more
6 people found this helpful
Report abuse

Rocky
4.0 out of 5 stars A Bit Slow Moving, but Good Mystery
Reviewed in the United States on 21 October 2020
Verified Purchase
The story begins with the murder of a young woman, engaged and soon to be married to a man who is actually in love with her younger sister, Carmel. The book is divided into 4 parts, the first being very repetitious in the lover’s concern for Carmel, who becomes very ill following the death of her older sister. The police initially arrest the lover for the crime, but Detective Sweetwater, brought in from New York, finds many anomalies and tracks down various clues to get to the solution. This book was too long and did drag on a bit too much, but the ending was a true surprise.
Read more
Report abuse

Larry, true dedicated reader
3.0 out of 5 stars Disapointing and not very believable
Reviewed in the United States on 11 June 2014
Verified Purchase
I’ve read a goody number of turn of the century (19th to 20th) mystery novels that I have acquired for my Kindle from Amazon. I have highly enjoyed most all of them. That is not the case with this book. The novel is divided into four books. Instead of discussing the plot, I have expressed my very short opinions of each of the books:

Book 2 Sweetwater To The Front = Ace detective on the case. He’ll find the answers – or will he.
It was very difficult for me to decide if Sweetwater was a genius or a dummy.

Book 3 Hidden Surprises = The ANGEL tells the TRUE FACTS. The reaction this lady states she had to her first MAJOR action at Whispering Pines is to me, extremely close to impossible. Think about what your reaction would be to performing that act.

The ending was extremely disappointing. Rather surprising, but very unbelievable.

Note that I did not give praise to any part of the novel. There are some good parts. I just think there are too many weak points for this novel to be considered a five star book.
Would I recommend you read this novel?
Well. I would really like to know if other readers agree or disagree with my opinions.
Seeing as this novel costs nothing, read it, then express your thoughts of this story (and let me know when you do).
Read more
5 people found this helpful
Report abuse
See all reviews
Get FREE delivery with Amazon Prime
Prime members enjoy FREE Delivery and exclusive access to movies, TV shows, music, Kindle e-books, Twitch Prime, and more.
> Get Started
Back to top
Get to Know Us
Make Money with Us
Let Us Help You
And don't forget:
© 1996-2020, Amazon.com, Inc. or its affiliates