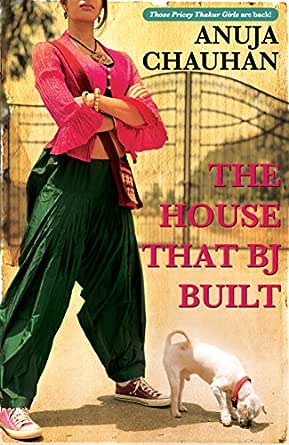 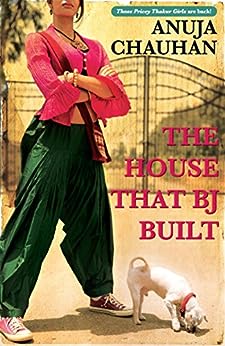 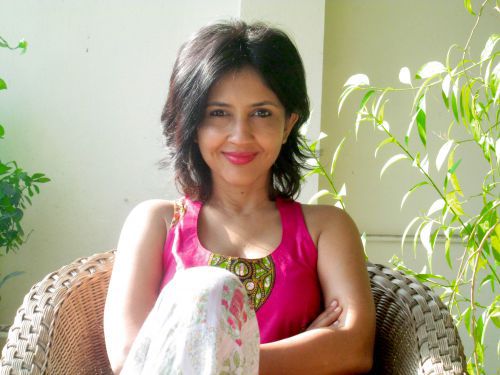 ‘I’ll make my sisters squirm like well-salted
earthworms. I won’t sell. Even my jutti won’t sell.
And if I die na, then even my gosht won’t sell!’
The late Binodini Thakur had been very clear that she would
never agree to sell her hissa in her Bauji’s big old house on
Hailey Road. And her daughter Bonu, is determined to
honour her mother’s wishes.
But what to do about her four pushy aunts who are
insisting she sell? One is bald and stingy, one is jobless
and manless, one needs the money to ‘save the nation’ and
one is stepmother to Bonu’s childhood crush — brilliant
young Bollywood director Samar Vir Singh, who promised
BJ upon his deathbed that he would get the house sold,
divvy the money equally and end all the bickering within
the family…
The first word baby Bonu ever spoke was ‘Balls’ and indeed,
she is ballsy, bullshit-intolerant, brave and beautiful.
But is she strong enough to weather emotional blackmail
by the spadefull? Not to mention shady builders, wily
politicians, spies, lies and the knee-buckling hotness of
Samar’s intense eyes?
Sharply observed and pulse-quickeningly
romantic, this is Anuja Chauhan writing at her
sparkling best!
click to open popover

Smriti
3.0 out of 5 stars I loved Those Pricey Thakur Girls and was really looking forward ...
23 September 2015 - Published on Amazon.com
Verified Purchase
I loved Those Pricey Thakur Girls and was really looking forward to this one. While Chauhan's writing style is as fresh and entertaining as ever, this book didn't really hold me. The plot was well crafted and fun, and as ever, even the smallest of characters was well-rounded.
For some reason though, it is hard to empathise with Bonu. She's a real character, flaws and all, but her choices and attitude didn't appeal to me and I don't do very well with books where I dislike the protagonist. Samar is the quintessential hero, honourable and decent. But I notice that many authors tend to make their women a lot more flawed (and even real) than their men. What is it that drives them to so? Is it only typical to women writers? I'm not sure.
All in all, a fun, quick read even if it's not up to the high standards that Chauhan has set for herself.

TheSoliloquist
3.0 out of 5 stars A well written entertaining read
12 March 2018 - Published on Amazon.com
Verified Purchase
A very entertaining read with just the right amount of 'hinglish'!. The protagonist Bonu Singh was fiesty and funny and the other characters were surprisingly well etched out too. Will definitely try the author s other works
Read more

Japa
5.0 out of 5 stars Fun read
15 October 2018 - Published on Amazon.com
Verified Purchase
I love Anuja’s way of writing, especially the desi nuances and this one got me so hooked! Love the characters and the family drama!
Read more

Pallavi Chandra
5.0 out of 5 stars Laugh- a- minute Mills & Boons
18 January 2016 - Published on Amazon.com
Verified Purchase
Anuja's novels have a feel good theme, A bit of laughter, an underlying theme of romance and overall setting of sisterhood/family. One of my favorite modern English language Indian writers. I read this book over 1 long blissful weekend. Read this novel as trademark Anuja Classic.
Read more

Kona's mommy
5.0 out of 5 stars Five Stars
19 July 2016 - Published on Amazon.com
Verified Purchase
Fun
Read more
Go to Amazon.com to see all 19 reviews 3.9 out of 5 stars
Get FREE delivery with Amazon Prime
Prime members enjoy FREE Delivery and exclusive access to movies, TV shows, music, Kindle e-books, Twitch Prime, and more.
> Get Started
Back to top
Get to Know Us
Make Money with Us
Let Us Help You
And don't forget:
© 1996-2020, Amazon.com, Inc. or its affiliates