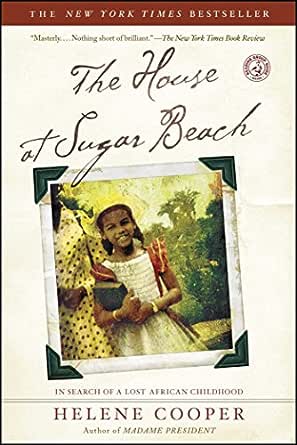 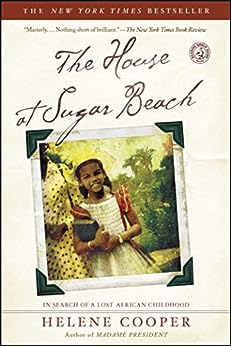 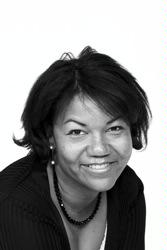 The House at Sugar Beach: In Search of a Lost African Childhood Kindle Edition

"You must read Cooper's wildly tender memoir. It's that rarest of things, a personal story that transcends the people, the place, the world it is talking about and becomes a universal tale about the thousands of segregations, small and large, subtle and obvious, that shred all of us. It is beautifully written, utterly unself-conscious, and without a hint of self-pity. Cooper has an un-failing ear for language and a poet's tender heart. A powerful, important book that will teach you not only something about war and love, race and power, loss and hope, but also a great deal about yourself." -- Alexandra Fuller, author of Don't Let's Go to the Dogs Tonight: An African Childhood and The Legend of Colton H. Bryant

"Helene Cooper's memoir is a remarkable page-turner: gripping, perceptive, sometimes hilarious, and always moving. Her keen eye, fierce honesty, and incisive intelligence open a window on war-torn Liberia, America, and the stunning challenge of a life that straddles these deeply intertwined societies." -- Jeffrey D. Sachs, special adviser to UN Secretary-General Ban Ki-Moon and author of The End of Poverty

"The tragedy of Liberia -- the most American of all the African tragedies -- is brought painfully to life in Helene Cooper's memoir. Her work is an antidote to statistics and headlines and the blur of Africa's sorrows, a reminder that history and war proceed one family at a time, one person at a time. They are never abstract, always personal." -- Arthur Phillips, author of Prague, The Egyptologist, and Angelica

"Rendered with aching nostalgia and wonderful language -- is a voyage of return, through which the author seeks to recover the past and to find that missing sister, even as the war deepens over the years to come. Elegant and eloquent, and full of news from places about which we know too little." -- Kirkus (Starred review)

"Among Cooper's aims in becoming a journalist were to reveal the atrocities committed in her native country. With amazing forthrightness, she has done so, delivering an eloquent, if painful, history of the African migratory experience." -- Ms. Magazine

"There is tenderness in this memoir, and Cooper is clear-eyed even as she tells of her loss." -- The New Yorker

"Nearly three decades after fleeing Liberia, Cooper offers an indelible view of her homeland and makes palpable the pain that she felt when she lost it." -- People --This text refers to an out of print or unavailable edition of this title.

Helene Cooper is the Pulitzer Prize–winning Pentagon correspondent for The New York Times, having previously served as White House Correspondent, diplomatic correspondent, and the assistant editorial page editor. Prior to moving to the Times, Helene spent twelve years as a reporter and foreign correspondent at The Wall Street Journal. She is the author of the bestselling memoir, The House at Sugar Beach, and Madame President, a biography of Ellen Johnson Sirleaf. She was born in Monrovia, Liberia, and lives in the Washington, DC area. --This text refers to an out of print or unavailable edition of this title.

4.5 out of 5 stars
4.5 out of 5
263 global ratings
How are ratings calculated?
To calculate the overall star rating and percentage breakdown by star, we don’t use a simple average. Instead, our system considers things like how recent a review is and if the reviewer bought the item on Amazon. It also analyses reviews to verify trustworthiness.

Andrew Kluth
5.0 out of 5 stars An excellent read, particularly for anybody thinking of working in Liberia or trying to understand the country a little better.
Reviewed in the United Kingdom on 17 February 2016
Verified Purchase
I've lived in Liberia for most of the last year and found this to be a wonderful introduction to the history of the country. Culturally, Liberia is so completely different from anywhere else I have experienced, and I shall be making sense of it for years to come. This book has helped to short cut some of the head scratching moments as I ask myself 'why do they do/ say/ write that?'
The book starts in a very simple, almost childish tone as Ms Cooper begins the story, but her style changes as the hard reality of the political turmoil leads into the war and the effect that this has on Ms Cooper as a child, her family and her (often very prominent) relatives. Like much of life in Liberia, not all of these interwoven stories have a happy ending. Ms Cooper tells these stories with a clarity and sensitivity that allows the reader to appreciate the events without ever feeling that she is allowing her narrative to be dominated by pathos.
Read more
Report abuse

Jan V. H. Luthman
4.0 out of 5 stars A personal account of happy days and very difficult times
Reviewed in the United Kingdom on 9 March 2010
Verified Purchase
We lived in Liberia throughout the 1970's (our older daughter was in the same year at school as Helene), and this book brought back many, many memories. I was amazed at how calmly Helene could write about terrible events, and at her lack of bitterness - indeed, her understanding and compassion - towards those who murdered members of her family and tore apart a way of life. Many foreigners have found it easy to be rude about Liberia but, for Helene (and our children) it was home, and she clearly loves her home country and its people. I'm not sure how much Helene's book would mean to anyone who has not been to, or lived in Liberia, but we and friends from those far-off days loved it.
Read more
5 people found this helpful
Report abuse

jcar5
5.0 out of 5 stars EXCELLENT READ
Reviewed in the United Kingdom on 23 August 2013
Verified Purchase
This turned out to be one of the most absorbing (and enjoyable) books I have ever read. Helene Cooper's story is one that just had to be told and is told in a clear, concise, amusing, sad and factual way that is most absorbing. Sad in many ways but eye opening to those not aware of the details of Liberian history. Helene is marvellous and brave. Her personailty shines through the pages. A must read.
Read more
One person found this helpful
Report abuse

Wellingtonatic
5.0 out of 5 stars A recommended author
Reviewed in the United Kingdom on 10 December 2018
Verified Purchase
Interesting resume but a gift so have notnread. Recommended to me.
Read more
Report abuse

g e norton
5.0 out of 5 stars I would recommend this book to anyone
Reviewed in the United Kingdom on 16 January 2018
Verified Purchase
I would recommend this book to anyone, i purchased it because i am an expat living and working in Liberia but the book would appeal to anyone.
Read more
Report abuse
See all reviews
Get FREE delivery with Amazon Prime
Prime members enjoy FREE Delivery and exclusive access to movies, TV shows, music, Kindle e-books, Twitch Prime, and more.
> Get Started
Back to top
Get to Know Us
Make Money with Us
Let Us Help You
And don't forget:
© 1996-2020, Amazon.com, Inc. or its affiliates