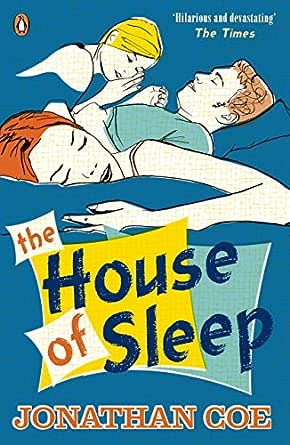 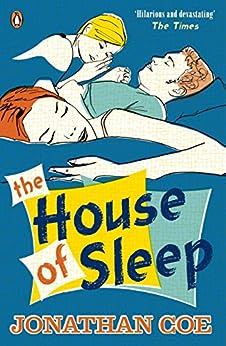 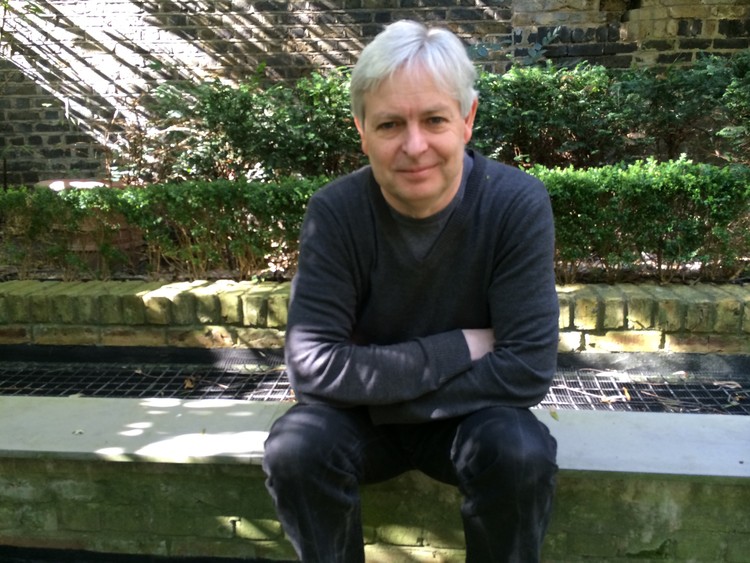 The House of Sleep Kindle Edition

'Probably the best English novelist of his generation' Nick Hornby --This text refers to an out of print or unavailable edition of this title.

Jonathan Coe was born in Birmingham in 1961. His most recent novel is The Rain Before It Falls. He is also the author of The Accidental Woman, A Touch of Love, The Dwarves of Death, What a Carve Up!, which won the 1995 John Llewellyn Rhys Prize, The House of Sleep, which won the 1998 Prix Medicis Etranger, The Rotter's Club, winner of the Everyman Wodehouse Prize and The Closed Circle. He has also published a biography of the novelist B.S. Johnson, which won the Orwell prize in 2005. He lives in London with his wife and two children. --This text refers to an out of print or unavailable edition of this title.

"Intricately plotted and ingeniously constructed. . . . A deft satire . . . a strange and poignant love story." --The Wall Street Journal "Often disconcerting, sometimes moving, frequently funny. . . . Coe eviscerates the bottom-liners with hilarious bare-toothed ferocity." --The Los Angeles Times Book Review "Jonathan Coe has written a witty, engaging romance that reinvigorates the old saw that life is a dream." --The New York Times Book Review "An epic farce fueled by romance and satire. . . . It is also a hilarious and deeply touching tale. . . .Love, tenderness, affection: The House of Sleep glows with these qualities, and exalts them." --San Francisco Chronicle --This text refers to an alternate kindle_edition edition.

Following The Winshaw Legacy--Coe's ecstatically reviewed American debut, winner of the John Lewellyn Rhys Prize in England and France's coveted Prix du Meilleur Livre Étranger--comes this beguiling, eccentric entertainment.
Ashdown--a vast clifftop manor on the English coast--was once a university residence, where a group of students met briefly before going their separate ways. Twelve years later, it has been transformed into a clinic for sleep disorders, and a series of strange coincidences and ostensible synchronicities draws the same group of people together once again, each of them in different ways plagued by sleep.
Sarah is narcoleptic, and her inability to distinguish between dreams and waking reality gives rise to a great many misunderstandings--one of which is to change Robert's life forever, as he persists for y --This text refers to an alternate kindle_edition edition.

Winner of the Writers' Guild Best Fiction Award in England and the Prix Medicis in France
Like a surreal and highly caffeinated version of The Big Chill, Jonathan Coe's new novel follows four students who knew each other in college in the eighties. Sarah is a narcoleptic who has dreams so vivid she mistakes them for real events. Robert has his life changed forever by the misunderstandings that arise from her condition. Terry spends his wakeful nights fueling his obsession with movies. And an increasingly unstable doctor, Gregory, sees sleep as a life-shortening disease which he must eradicate.
But after ten years of fretful slumber and dreams gone bad, the four reunite in their college town to confront their disorders. In a Gothic cliffside manor being used as a clinic for sleep disorders, they discover that neither love, nor lunacy, nor obsession ever rests. --This text refers to an alternate kindle_edition edition.
Read more

4.2 out of 5 stars
4.2 out of 5
71 global ratings
How are ratings calculated?
To calculate the overall star rating and percentage breakdown by star, we don’t use a simple average. Instead, our system considers things like how recent a review is and if the reviewer bought the item on Amazon. It also analyses reviews to verify trustworthiness.

Wynne Kelly
4.0 out of 5 stars Some really dark moments
Reviewed in the United Kingdom on 23 October 2007
Verified Purchase
Brilliantly constructed follow-up to What a Carve Up! A group of students share a house in the early 1980s and despite their intense impact on one another they appear to go their separate ways. But things are not that simple and their paths will cross again. The whole book is suffused with theories of sleep and dreams which are in themselves fascinating even if we don't know how much of the information given has any real scientific background.

Alternate chapters recount the story from the 1980s and from June 1996. The student house becomes a private clinic specializing in sleep disorders run by the ghastly Gregory who was Sarah's sadistic lover in student days. Terry, a friend of Sarah's, arrives as a patient and is surprised that Gregory's assistant Cleo reminds him of Robert and wonders if she could be his sister.

Lots of very funny bits but with some really dark moments. The whole structure is all very cleverly worked out - it propels the reader (well, me anyway) along as you really want to know how everything turns out.

Lady Fancifull
5.0 out of 5 stars To sleep, perchance to dream
Reviewed in the United Kingdom on 4 July 2010
Verified Purchase
I've only just discovered Jonathan Coe, and wonder where I've been to miss this book.

Although there are a few slightly outrageous coincidences in the book, the interesting construction and characters make these forgiveable. Coe's unusual love story is set partly in 1983 and partly in 1996, jumping backwards and forwards from chapter to chapter. Woven into the shifting realities of 'now' (83) and memories of then through the filter of now (96) is also the dislocation of dreams and 'reality'; dreams which can seem more real (and memorable) than reality. It's at times a very funny book and a very shocking and heart-rending one, and an exploration of shifting identities and the obsessions on which we can build our lives. His perfectly interlocking narrative without any wasted characters - all have a purpose in the narration - is a delight. I shall read more Coe.

Rebecca
5.0 out of 5 stars Gripping, funny and bleak all at once
Reviewed in the United Kingdom on 19 July 2016
Verified Purchase
It's a cliche but I honestly did not want this book to end. I was terrified by Gregory but also intrigued by him, the perfect mix of crazy and clever. I read (and picked) this for book club and it was a breath of fresh air from the dross I've been forced to read. I'm left with questions but also a sense of satisfaction. One thing is certain I'll never view sleep in the same way again. I think I may have found a new favourite author. Five stars barely do it justice.
Read more
One person found this helpful
Report abuse

LMM
5.0 out of 5 stars Wide awake
Reviewed in the United Kingdom on 6 April 2016
Verified Purchase
This was absolutely riveting and kept me awake at night wanting to know the outcome. I never guessed until all became clear before the end. So poignant, so beautifully written and such a unique storyline. Unforgettable.
Read more
Report abuse

Edward A.
4.0 out of 5 stars Four Stars
Reviewed in the United Kingdom on 3 September 2018
Verified Purchase
well used but acceptable.
Read more
Report abuse
See all reviews
Back to top
Get to Know Us
Make Money with Us
Let Us Help You
And don't forget:
© 1996-2021, Amazon.com, Inc. or its affiliates