Skip to main content
House of Skin (Fiction Without Frontiers) and over 1.5 million other books are available for Amazon Kindle . Learn more
Share <Embed> 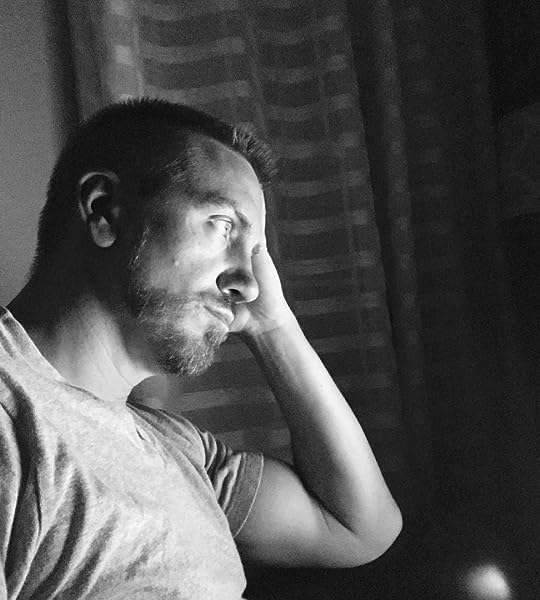 Page 1 of 1 Start overPage 1 of 1
Previous page
Next page
Start reading House of Skin (Fiction Without Frontiers) on your Kindle in under a minute.

Fans of ghost stories like The Haunting of Hill House and Hell House will love this book. - Horror Maiden "I love reading books that have me on tenterhooks, as I am turning the pages waiting for something to figurally jump out at me and give me a fright and this book ticked the box. This is the 2nd book I have read by this author and I am looking forward to reading more of his work." - Terror Tree "If you are a fan of Janz, you are going to love it. If you are not, then get on board the ghost train, you are in for a treat!" - Rachel Read it "Janz' writing can turn on a dime. Lulling the reader into false security with actions as commonplace as a tiring drive on the highway, only to snap your head back with stomach curdling scenes of unnatural brutality." - An Average Life

Jonathan Janz is the author of more that fifteen novels and numerous shorter works. Since debuting in 2012, Jonathan's work has been lauded by Booklist, Publishers Weekly, The Library Journal, and many others. He lives in West Lafayette, Indiana. Jonathan Janz grew up between a dark forest and a graveyard, which explains everything. Brian Keene named his debut novel The Sorrows "the best horror novel of 2012."

AJs Reviews
3.0 out of 5 stars A Surprise Inheritance
Reviewed in Australia on 18 May 2019
An unexpected inheritance holds more hidden surprises in this full-on horror novel.
The narrative is punctuated with horrific episodes of undiluted savagery. They are uncomfortable and written with an admirable lack of self-consciousness. It's also an interesting story with plenty of unexpected directions. It has all the hallmarks of a great horror novel.
However, I did not connect terribly well with this book. I found it hard to keep characters straight at times, and the timeline of events was hard to follow sometimes, too; not what sequence they happened in but how far apart they happened. And I didn't really feel a positive connection to any of the characters, not even Sam.

Many thanks to Flame Tree Press for the ARC. My voluntary review is my honest opinion.
Read more
Helpful
Report abuse
See all reviews

IanD
5.0 out of 5 stars Excellent horror novel
Reviewed in the United Kingdom on 5 June 2015
Verified Purchase
Really scary. I gave it five stars but I am not sure I would read it again, and it's not for everyone, in the sense that if you are sensitive, this book is not for you.
The build up is very good. It starts nicely with a bit of crime, it could almost be a thriller and then builds up and builds up into becoming this very scary, creepy novel that will give you the shivers!
Read more
One person found this helpful
Report abuse

Old Cestrian.
2.0 out of 5 stars Not for me.
Reviewed in the United Kingdom on 16 August 2020
Verified Purchase
Sorry l found this book, both boring and fragmentive.
Read more
Report abuse

Pierre Mathieu
5.0 out of 5 stars A house of ghosts and terrible secrets
Reviewed in Canada on 15 June 2014
Verified Purchase
In this novel, Jonathan Janz pays tribute to gothic ghost stories and to the tales of Edgar Allan Poe, while spinning a modern horror tale full of mystery and hidden, horrifying secrets.
The tale unfolds gradually before our eyes and those of Myles Carver. The aura of mystery surrounding the house he inherits from an old uncle he knows nothing about is thick. Jonathan Janz very skillfully exposes the troubled past of the house and its inhabitants through a series of odd events and enigmatic characters and their attitudes towards Myles.
The story ramps up steadily to deliver shattering revelations and events when it climaxes.
Mix this with the author's fluent and straightforward prose, brilliantly evocative scenes described with skill and power, and the result is altogether satisfying.
So far, Jonathan Janz is batting home runs where my tastes are concerned.
Read more
Report abuse

M. SEBOURN
4.0 out of 5 stars A well written horror novel
Reviewed in the United States on 8 July 2020
Verified Purchase
House of Skin is a well written and occasionally creepy haunted house novel.

My only complaint is that I feel like Janz wasn’t sure where he wanted to take this story. I feel like it journeyed a few miles in several different directions... but it never quite committed to any of them.

Still—this has, to various extents, everything you’d expect from a good haunted house novel.

I enjoyed it and will read more of Janz’s work.
Read more
3 people found this helpful
Report abuse

Brandon St. Pierre
4.0 out of 5 stars House of Skin is killer reading...
Reviewed in the United States on 30 December 2014
Verified Purchase
House of Skin, Janz's second novel published, but first written from my understanding, carries the Laymon meets Staub vibe that another reviewer mentioned to the nth degree. The slow build to a colossal ending, the very involved characterizations, the creepy and generally subdued hauntings reminded me of the latter, while the vivid sexuality along with the visceral blood and guts carnage towards the end of the novel the former.

This is the third work I have read of Janz', and the second full-length novel. The Sorrows, his novel length debut blew me away. It pulled all the right cards at the right times, kept me up reading at all hours. That book has some really cool little ties to this one, but they completely standalone. The Sorrows is an absolute must-read, so if you haven't get on it.

I can solidly recommend this one too, with just a bit less of the glowing praise. House of Skin is a small bit longer than The Sorrows, which isn't an issue at all, as this moves with a steady, unraveling downward spiral type pace, just a hair slower than The Sorrows. However, the middle of book does drag a bit. While reading it, I was hoping the book would "get to it", around the 150 page mark. I also wish we could have learned a bit more about what exactly the book's awesomely evil antagonist, Annabelle IS.

However, my complaints are far less than my adoration. Sure the pace is slower than Janz' debut but the climax of this thing is just fantastic, making the slow build very worth while. There are some absolutely disgusting sequences (one of which, involving coitus and maggots, had my stomach churning) and some great visuals. I got alot of the same feelings of being completely sucked into the story, a total page turner. I would actually like to see a sequel to this come about, to learn about Annabelle. Paul Carver is a great character, too.

I thoroughly enjoyed the book, just not quite as much as the author's fantastic debut. Needless to say, Jonathan Janz seems to be the star of Samhain's horror brand, as well as the one the seems to spend the most time cultivating. I am about to start on his third book, The Darkest Lullaby now. Overall, I recommend picking this one up, but check out The Sorrows first, if you haven't!
Read more
5 people found this helpful
Report abuse
See all reviews
Back to top
Get to Know Us
Make Money with Us
Let Us Help You
And don't forget:
© 1996-2021, Amazon.com, Inc. or its affiliates