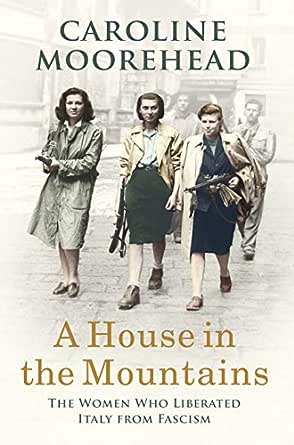 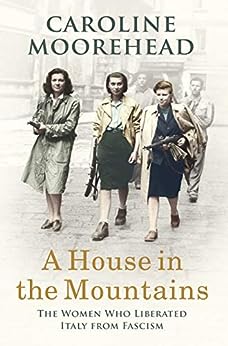 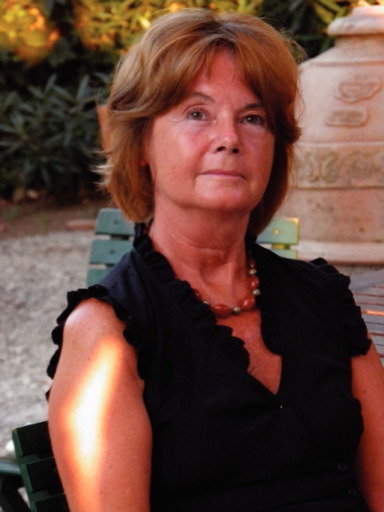 A House in the Mountains: The Women Who Liberated Italy from Fascism Kindle Edition

"Gripping and important.... Moorehead delicately unravels and interweaves the personal stories of several key women in the Italian resistance... giving us a compelling narrative that vividly describes who these women were and what they did for their country.... A House in the Mountains is something of a manifesto against neutrality, and a showcase of the boundless power of female passion. The women of the resistance still have so much to teach us today."--AirMail

"Important, meticulously researched... A House in the Mountains tells the untold story of the women of the Italian resistance.... Dramatic, heartbreaking and sweeping in scope, Ms. Moorehead's book charts the experiences of these women in the wider context of the war in Italy."--Wall Street Journal

"Italy often gets short shrift in popular English-language histories about World War II, with the fighting in the country shrugged off as a sideshow to the Battle of Britain and the invasion of France. Caroline Moorehead takes advantage of this relative gap in the literature with the moving A House in the Mountains."--The Oregonian

"The moving finale of a quartet of books on resistant to fascism.... Ms. Moorehead conveys the terror with understated power; she is equally good at conjuring the blurred morality of civil conflict."--The Economist

"Moorehead, in the final book of her "Resistance Quartet" series, tells the incredible story of the stafetta, women of the Italian resistance.... A fine history."--Library Journal, starred review

"Moorehead paints a wonderfully vivid and moving portrait of the women of the Italian Resistance.... [An] excellent book."--The Sunday Times

“In this deeply moving, beautifully told history, biographer and historian Moorehead shares the story of northern Italian resistance during WWII, focusing on the anti-Fascists of Turin... [A] superb and significant chronicle.”--Booklist, starred review

"A highly satisfying conclusion to the author's series. Excellent, well-presented evidence of the incalculable strengths and abilities of women to create and run a country."--Kirkus, starred review

From the Sunday Times-bestselling author of Village of Secrets, comes the extraordinary story of four courageous women who helped form the Italian Resistance during WW2
See all Product description

Kindle Customer
4.0 out of 5 stars An excellent read
Reviewed in Australia on 9 January 2020
Format: Kindle EditionVerified Purchase
It appears to be well researched, is well written and captures the various moods and complexities as a backdrop to the resistance movement, hugely informative, I thoroughly enjoyed reading it.
Read more
Helpful
Comment Report abuse
See all reviews from Australia

Alison Bailey Castellina
5.0 out of 5 stars Window into WW2 resistance movement in Piedmont
Reviewed in the United Kingdom on 5 February 2020
Verified Purchase
I have long sought a book in English which focuses on the partisan history of Val Pellice and Torre Pellice (Waldensian Valleys) during World War Two and on the sad story of the Jews of Piedmont. So I could not have asked for more than this book. It is an amazing introduction, packed with facts, and a rivetting, heart-rending story. Having spent four holidays in Villar Pellice, I know all about those valleys' amazing religious history and topography. I have seen the ruins of mountain houses set fire to, as 'partisan refuges', by the Nazis and even visited one that were spared. I have longed to know the story of brave Willy Jervis, descended from Nelson's Admiral, who nobly gave his life, in the square at Villar Pellice. The descriptions of life in WW2 Turin, the crossings of the Alps, the last days of the war are all there, in harrowing detail. However, one can only ask so much from a book. The author misses out the topography. She does not identify ,as she might have done, the mountain passes and place names that one could google, and she also lacks a romantic feeling for the majesty of these mountains (and Monviso), though she hits the nail on the head in explaining the amazing resistance of the Waldensians down the centuries, summing up their valleys as 'perfect guerilla country'. The author does not seem to have mixed much with the locals; she calls the valleys by non-local names and most frustrating of all, starts to tell the story of the Waldensian Valley of Rora's courageous rescue of twenty Jews - only to never finish it. I would love to have had house numbers and addressese.g. what building did Ada live in Turin and her son, in Torre Pelllice? There is no greater interest than 'buildings' which last longer than people. I would also like to have been told at the start rather than on the last page that Ada became a communist, after the War which made me feel a bit cheated.. However, this book explains much of post war Italy, shines light on its dark side and even tells us that Altiero Spinelli, the founder of European Federalism, and major influence on the EU, started the movement in the home of a Waldensian professor, in Milan. This explains much of the intense politicisation of that church, in the twentieth century and its links with federalism. I would highly recommend this book to anyone with an interest in PIedmont, Turin, Val Pellice and in the Second World War, in Italy.
Read more
One person found this helpful
Helpful
Sending feedback...
Thank you for your feedback.
Sorry, we failed to record your vote. Please try again
Report abuse

operetta
5.0 out of 5 stars Fascinating History
Reviewed in the United Kingdom on 20 December 2019
Format: Kindle EditionVerified Purchase
A very moving and detailed account of the women in the Italian partisan movement. Upsetting but also reviving.
Read more
Helpful
Sending feedback...
Thank you for your feedback.
Sorry, we failed to record your vote. Please try again
Report abuse

Michael Brahams
2.0 out of 5 stars Wandering
Reviewed in the United Kingdom on 2 April 2020
Format: Kindle EditionVerified Purchase
Nowhere near as good as the authors book about The Jews in remote Southern France. Rather like a diary rather than a book.
Read more
Helpful
Sending feedback...
Thank you for your feedback.
Sorry, we failed to record your vote. Please try again
Report abuse

Mandy
5.0 out of 5 stars Fascinating
Reviewed in the United Kingdom on 11 February 2020
Format: Kindle EditionVerified Purchase
Unputdownable. Women's role in WWII is so often marginalised. This book puts it right for Italy at least.
Read more
Helpful
Sending feedback...
Thank you for your feedback.
Sorry, we failed to record your vote. Please try again
Report abuse

Ed
4.0 out of 5 stars Interesting
Reviewed in the United States on 18 February 2020
Verified Purchase
I was pleased to read this as I knew nothing about thr partisan efforts in Italy. There have been a number of books lately about women resistance fighters which have provided fresh insight. Perhaps it was me having a hard time adjusting to unfamiliar names but there were times that I found the story confusing. Nonetheless, I was glad that I read this.
Read more
One person found this helpful
Helpful
Sending feedback...
Thank you for your feedback.
Sorry, we failed to record your vote. Please try again
Report abuse