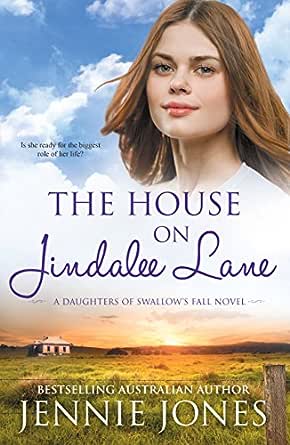 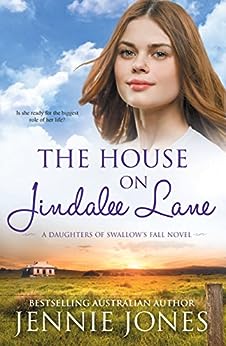 Jennie Jones loved everything with a romantic element from an early age. That's why she became an actor before she started writing, touring the UK's grand old theatres, becoming someone else for two hours, eight performances a week, and loving every second. She's been an Aussie with Welsh roots for over twenty years and wouldn't have it any other way. She's been writing for six years and says she can't imagine writing, like acting, will ever get boring. Jennie currently lives in a small country town in Perth, Western Australia with Jonesey the boy cat and Zena the warrior girl cat. Plus Churchill the 50 kilo rescue dog, and the occasional sighting of her twenty year old daughter.

avril graham
5.0 out of 5 stars Excellent
Reviewed in Australia on 23 December 2018
Verified Purchase
Great book I an awesome series, loved them all. They brought small town Australia to life in an enjoyable way.
Read more
Helpful
Comment Report abuse

Talking Books
TOP 1000 REVIEWER
3.0 out of 5 stars New Series! Good Read.
Reviewed in Australia on 24 July 2017
Ryan’s character was the stand out in this read – his character was a joy to read. Edie too pulled the heartstrings somewhat in the story as well. The past characters from The Swallow’s Fall series that made an appearance in The House On Jindalee Lane was a highlight in the story. An overall good read and an interesting start to the Daughter’s Of Swallow’s Fall series by author Jennie Jones.
Review copy received from Harlequin Australia via Netgalley

julie Munn
5.0 out of 5 stars I enjoyed this book
Reviewed in the United States on 28 October 2018
Verified Purchase
I liked that it had some fun spots and serious spots.
Read more
Helpful
Sending feedback...
Thank you for your feedback.
Sorry, we failed to record your vote. Please try again
Report abuse