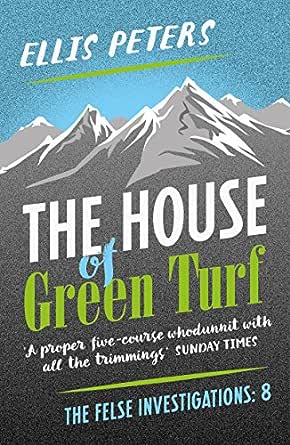 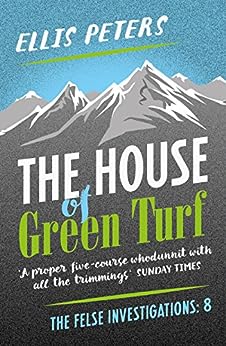 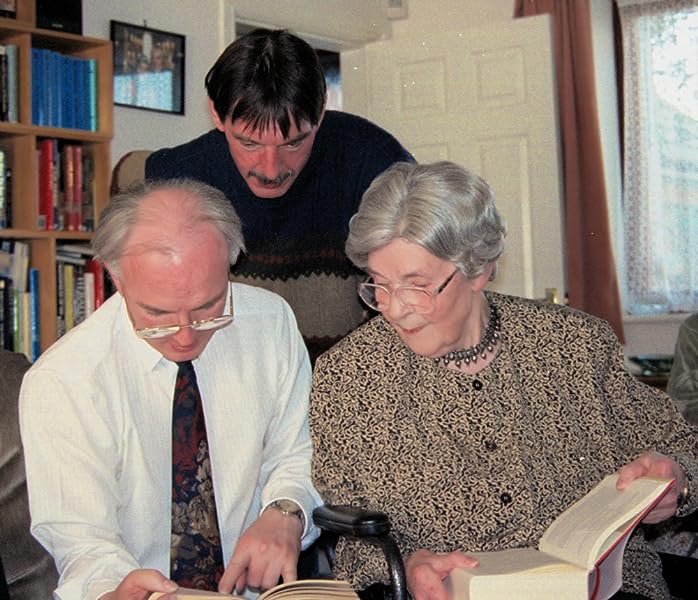 'Charm is not usual in murder mysteries, but Ellis Peters' stories are full of it' Mail on Sunday. 'A cult figure of crime fiction' Financial Times. 'A beguiling writer' Daily Telegraph. --This text refers to an alternate kindle_edition edition.

Ellis Peters is one of the pseudonyms of Edith Pargeter who wrote several books under her own name and also Peter Benedict, Jolyon Carr and John Redfern. She was the recipient of the Crime Writers Association and the Cartier Diamond Dagger Award. She died in 1995. --This text refers to an alternate kindle_edition edition.

Sharkey
5.0 out of 5 stars I Like...
Reviewed in Germany on 16 June 2013
Verified Purchase
I ordered this book so I like it....
I like the Style and contents of this Author and this series...

Lee M
4.0 out of 5 stars It's written by Ellis Peters, but...
Reviewed in the United States on 18 March 2012
Verified Purchase
This book is written by Ellis Peters aka Edith Pargeter, author of the Brother Cadfael and George Felse series. This book is labelled as a George Felse novel, and after a fashion it is (George and Bunty Felse play minor but pivotal roles), but the main character is none of the Felse clan, but a world-famous opera singer, Maggie Tressrider.

Maggie is in a car accident, with a near-death experience in the hospital, which wakens the shadow of a repressed memory. Maggie is convinced she has killed someone, but can remember none of the details. She hires a private investigator, Francis Killian, to determine whom she has killed, and the circumstances around it. In the pursuit of his work for Maggie, Francis meets Bunty Felse, that one-time opera singer who walked away from fame to marry George. Bunty had been a "stage mother" to Maggie in Maggie's early career, and was able to give Killian information that begins the tumbler process of "unlocking" of everything that happened to Maggie.

My main complaint with this book is that Maggie has a penchant for fainting. Whenever the girl is under stress, she collapses. I am used to the capable Bunty, and the women who appear in the Cadfael Chronicles--all of whom are made of sterner stuff than Maggie. I will, to some degree, forgive this flaw since the book was published in 1969, when fainting was much more "in vogue" (or at least considered a more reasonable response) than many of the more recently published stories. There is also an ending that strikes me somewhat as a Deus ex machina, but this is less disappointing to me than the fainting.

Peters does a good job of suspense and tension as the story progresses, with an insightful commentary on human nature, pride, love and jealousy in the resolution of the story. I am not sorry I bought the book--even a "lesser" Ellis Peters book is pretty darn satisfying, and better than many other published books out there.

Kindle Customer
5.0 out of 5 stars A great read.
Reviewed in the United States on 21 August 2019
Verified Purchase
I really would like a book I could put on a shelf and read in 20 years but the Kindle works just fine for now. The saga continues.
Read more
Report abuse

Ranae L.
5.0 out of 5 stars Exciting Mystery!
Reviewed in the United States on 29 September 2020
Verified Purchase
This book keeps you on the edge of your reading chair until you reach the climax. Interesting, intense and intriguing!!
Read more
Report abuse
See all reviews
Get FREE delivery with Amazon Prime
Prime members enjoy FREE Delivery and exclusive access to movies, TV shows, music, Kindle e-books, Twitch Prime, and more.
> Get Started
Back to top
Get to Know Us
Make Money with Us
Let Us Help You
And don't forget:
© 1996-2020, Amazon.com, Inc. or its affiliates