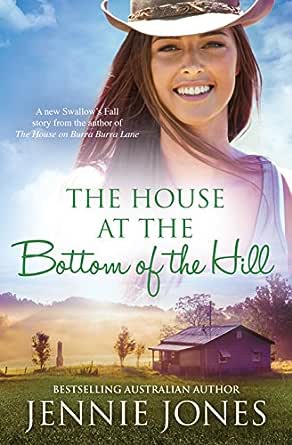 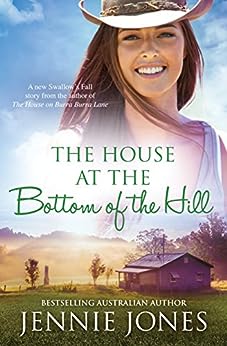 Jennie Jones loved everything with a romantic element from an early age. That's why she became an actor before she started writing, touring the UK's grand old theatres, becoming someone else for two hours, eight performances a week, and loving every second.

She's been an Aussie with Welsh roots for over twenty years and wouldn't have it any other way. She's been writing for six years and says she can't imagine writing, like acting, will ever get boring.

Jennie currently lives in a small country town in Perth, Western Australia with Jonesey the boy cat and Zena the warrior girl cat. Plus Churchill the 50 kilo rescue dog, and the occasional sighting of her twenty year old daughter.

4.1 out of 5 stars
4.1 out of 5
84 global ratings
How are ratings calculated?
To calculate the overall star rating and percentage breakdown by star, we don’t use a simple average. Instead, our system considers things like how recent a review is and if the reviewer bought the item on Amazon. It also analyses reviews to verify trustworthiness.

Di from Australia
5.0 out of 5 stars Liked Ruby the pig and Lucy the shepherd dog additions ...
Reviewed in Australia on 2 January 2015
Verified Purchase
3rd book in the series of Swallow Falls community and circumstances that help put six people together. Aussie culture very much written in the books with querky town people n ways. Sammy n Ethan's story book 1. Kate n Jamie's book 2. Dan n Red book 3. Dan we met in book 2 and this story develops with him being in the town 6yrs and along comes a stranger with an agenda. Will she make resident number 100? Liked Ruby the pig and Lucy the shepherd dog additions to the story. The story covers romance, issues of keeping young people in small towns, dying economy, family secrets, acceptance, finding a place to live when you have no family.
Read more
5 people found this helpful
Helpful
Report abuse

Marcia@Book Muster Down Under
4.0 out of 5 stars Charming, Warm, Mysterious and Romantic
Reviewed in Australia on 4 August 2015
Verified Purchase
Jennie Jones invites you back to the drama and small town antics of Swallows Fall where the residents stick together, a slow-burn between the newcomer and a handsome resident will become a blazing fire, a mystery is about to be solved while a years old secret will unfold.

Charlotte Simmons has arrived in Swallows Fall all the way from the UK after the death of her grandmother and the sale of her beloved bed and breakfast business. Having been brought up by her gran after her mother’s mysterious death years before, she continues to be haunted by unanswered questions surrounding her mother’s murder and feels the only way she can get the truth about the man who murdered her mother is from Ethan Granger (House on Burra Burra Lane), his son.

Under the pretext of buying the local B & B (the house at the bottom of the hill) and renovating it so that she can begin trading as a going concern, she doesn’t realise that the residents have a certain pride for their town and are vehemently opposed to change so, when she makes plans to change the exterior colour of the cottage, she doesn’t count on the radical opposition she’s about to come up against. Thankfully she’s not planning on staying too long … all she needs to do is get Ethan on his own and ask him a few questions.

Her plans are somewhat thwarted though when she makes an unexpected friend in the form of Daniel Bradford, the owner of the local pub. Without meaning to, she soon finds herself being drawn in by his easy-going manner, his willingness to help her and his darned sexy butt! And then, there’s her dog Lucy! But, Daniel has his own secrets too!

This is the second book in the series (sorry Jennie, haven’t quite got to the Christmas novella, 12 Days at Silver Bells House yet) and again I have been enchanted by this little town of Swallows Fall (whose population has now increased to 97), wanting to visit so that I can see all the quaint old buildings, visit the pub, rock in a chair next to Grandy and listen to his reminiscences of times gone by, all the while learning everybody’s secrets.

Jennie’s writing is warm, inviting and extremely entertaining with her great wit and humour pervading the story in the interactions between both her main protagonists as well as her stellar but quirky cast of secondary characters such as Lucy (Charlotte’s four-legged friend), Mrs Tam, Mrs J, Ted, the twins, Ruby the pig and, of course, dear old Grandy, the town’s intuitive patriarch. Her incorporation of a number of the characters we grew to love in The House on Burra Burra Lane (my review here) also gives this novel a sense of continuity whilst providing some closure on a previous hot topic.

The question of the colour of the house at the bottom of the hill, in addition to Charlotte’s agenda for being in Swallows Fall and the unwanted sparks that begin to fly between her and Daniel, provides the motivation for most of the conflict in the story and, as a rural romance, this works well in keeping the momentum of the book going.

Jennie truly does capture the heart of a small Aussie town from the close-knit community to the pride of its residents, right down to the gossip-mongering and, like Burra Burra, there’s a bit of mystery at its heart and sadness as its core.

Charming, warm, mysterious and romantic, all you romance buffs out there need to come home to Swallows Fall!

Ruth1939
5.0 out of 5 stars You must read all 5 books in series in order.
Reviewed in Australia on 3 October 2018
Verified Purchase
Great stories. As it made reference to previous ones, would suggest you read all close together. Really enjoyed them
Read more
Helpful
Report abuse

Margaret Warren
4.0 out of 5 stars realistic reading
Reviewed in Australia on 13 March 2015
Verified Purchase
This book has a terrific way of bringing out the Aussie attitudes of small town living and looking after each other.
I grew up in just a town like this and could not believe the emotions it raised.
Fa tactic reading!!!
Read more
2 people found this helpful
Helpful
Report abuse

pink
5.0 out of 5 stars Love it
Reviewed in Australia on 4 November 2015
Verified Purchase
Once again I started ready this immediately following the previous two Swallows Falls books. I am starting to feel like an invisible member of the population. Great reading - light hearted and oh so romantic. Bring on the next one.
Read more
Helpful
Report abuse

Jendo
5.0 out of 5 stars Great book
Reviewed in Australia on 28 June 2019
Verified Purchase
Loved this book great characters it sounded like a great place to live if it existed truly loved the book
Read more
Helpful
Report abuse

Michael Holloway
5.0 out of 5 stars Great Read
Reviewed in Australia on 18 November 2016
Verified Purchase
Loved the whole series. Couldn't put the book(s) down. This is a review for the series.
Read more
Helpful
Report abuse

Talking Books
5.0 out of 5 stars Stunning Chemistry and Drama Aplenty!
Reviewed in the United States on 19 December 2014
Verified Purchase
The three books released in The Swallow’s Fall series have been monumental reads and all with their fair share of drama, laughter and tears for us avid readers. The House At The Bottom Of The Hill brings out the chuckling and waterworks with antics, both from the new and familiar characters. Daniel and Charlotte are stunning from the start and click with so much chemistry that have readers completely elated, right down to their character nicknames – Hotshot and Red, or rather the connotations that go with it! Appearances from townsfolk add their own charm stamp to a story that grips readers throughout that just doesn’t falter anywhere. An unmissable series and one that does not miss a beat in any emotion the story portrays.
Read more
3 people found this helpful
Report abuse

KeFeuerstein
5.0 out of 5 stars What a great and fascinating story
Reviewed in the United States on 1 March 2015
Verified Purchase
Written by a fabulous Australian author. The story is about a small, small town in Australia where everybody knows your business and makes it the town's business. It is a complex story and without having lived there just visited a couple of times, it is a good story and we'll written and I have no doubt that you will love it as well.
Read more
One person found this helpful
Report abuse

julie Munn
5.0 out of 5 stars enjoying a good story
Reviewed in the United States on 2 January 2019
Verified Purchase
I like reading a book that keeps my interest. Tells a good story and a bit of history of the area where it took place.
Read more
Report abuse

JEWELL WELLS SHULER
5.0 out of 5 stars The house at the bottom of the hill
Reviewed in the United States on 21 September 2017
Verified Purchase
It was a story of varied characters, well established before then connected. The story moved along and was relaxing to read. I enjoyed it to the last page.

I would recommend this book to anyone who likes a bit of a mystery and a sweet strong love story.

Kindle Customer
4.0 out of 5 stars My Review
Reviewed in the United States on 21 August 2017
Verified Purchase
The struggle to find something/someone who accepts all that makes us seems impossible. To find a place where you can finally be the you you were meant to be! Charlotte has found her home.
Read more
Report abuse
See all reviews
Get FREE delivery with Amazon Prime
Prime members enjoy FREE Delivery and exclusive access to movies, TV shows, music, Kindle e-books, Twitch Prime, and more.
> Get Started
Back to top
Get to Know Us
Make Money with Us
Let Us Help You
And don't forget:
© 1996-2020, Amazon.com, Inc. or its affiliates