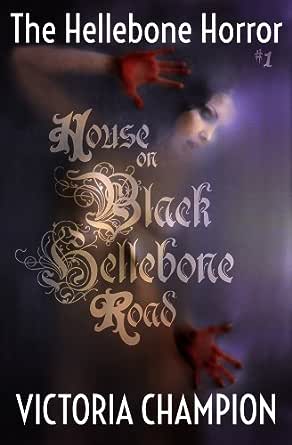 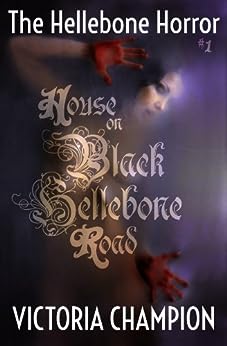 Up All Night Horror Fiction Review
4.0 out of 5 stars I enjoyed Champion's teasing manner of storytelling
Reviewed in the United States on 19 February 2015
Verified Purchase
Victoria Champion's novella House on Black Hellebone Road (2014) is the first book of The Hellebone Horror trilogy. This dark story of vampire erotica is a re-imagined version of a previously written tale of vanilla erotica called Open House by the same author under a different pen name.

House on Black Hellebone Road begins with the introduction of Luisa, a sexually deprived real estate agent driven by a powerful fetish for architecture. Scarred by the rejection of a former lover, Luisa uses the nature of her profession as a way to frequent the privacy of unoccupied residences, where she pleases herself in lieu of the physical intimacy of a man.

Luisa is convinced that no man will ever want her again until a handsome stranger in a dark sedan arrives early for the open house on Black Hellebone Road. Luisa, who is awestruck with attraction, hastily agrees to give Andelko a private tour of the home. Soon, Luisa finds herself submitting to the wanton desires of Andelko. Champion's description of their passionate encounter through the perspective of Luisa is outstanding. Most readers will relate to Luisa's experience as the reality of her situation becomes evident and her excitement escalates. Andelko is what she has always wanted and she gives herself to him completely. Afterwards, Andelko vanishes as mysteriously as he arrived. His departure leaves Luisa surprised by the two small prick marks left by his love bite. However, the relevancy of the marks fades as the force of her new hunger grows.

I enjoyed Champion's teasing manner of storytelling. She keeps a deliberate pace that makes your longing (amongst other things) swell nearly to a loss of control. Then, she slows down the momentum just enough for you gather yourself in anticipation of the next plot event. Finally, she brings you and Luisa to release with the story's climax close to the end of the book. House on Black Hellebone Road is a creepy tale of mostly carnal desire. I found the story rich in character with Luisa as an intriguing female protagonist. The story's delayed culmination leaves you yearning for more, but Champion's style correlates well with the theme of her story.
Read more
Report abuse

Amazon Customer
4.0 out of 5 stars Hellebonereview
Reviewed in the United States on 22 September 2013
Verified Purchase
A successful and catching story of love within the macabre. Very good development to story ending (dare I say climax, lol)! Leads right into book #2 which every reader will eagerly anticipate. Author and collaborators commended this first day of Fall!
Read more
Report abuse
See all reviews
Back to top
Get to Know Us
Make Money with Us
Let Us Help You
And don't forget:
© 1996-2021, Amazon.com, Inc. or its affiliates