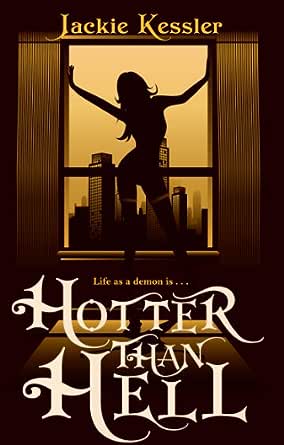 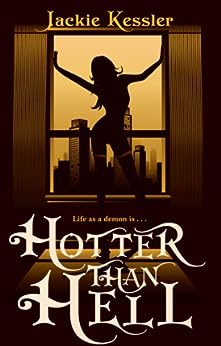 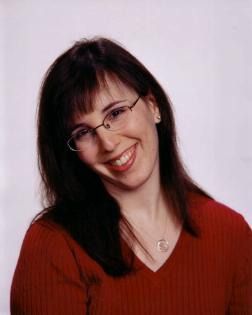 The third book in Jackie Kessler's hilarious and scorchingly sexy 'Hell on Earth' series --This text refers to the paperback edition.

Jackie Kessler lives in Upstate New York, along with her husband, two children, and about 9,000 comics. Visit her website at www.jackiekessler.com --This text refers to the paperback edition.

Angela
4.0 out of 5 stars Sexy, Dark, Edgy, and Entertaining
Reviewed in the United States on 27 January 2009
Verified Purchase
Duanuan loves being a demon of lust. Great benefits, all the sex he could ever want. He had no ambitions of moving up.
Then one day, Pan, the King of Lust, tells Duan that he wants Duan to be the new Prince of Lust. How could he refuse? Only catch is that he has to seduce and damn a good soul meant for Heaven. As icing on the cake the meatpie that Pan has picked is the spitting image of Jezebel, the sexy seductress that left hell, and Duan for Earth and love. UGH!
Duan thinks that the seduction will be a quick and easy job, after all, he's been seducing women for thousands of years. What he doesn't expect is to fall in love with the beautiful, charming, and fragile Virginia.
As an added difficulty, all of hells elite is coming after him. Someone from hell has put a bounty on his head. If quitting this assignment was an option Duan would pick it, but the only out is his death.
How will he ever pull this one off in time???

I really liked this book. I think Duan is such a fun character and Virginia was easy to fall in love with. Plus, there was flashes of the sexy Jesse, who has kept us captivated for the last 2 books.
With a very unexpected ending this book was a great read. 4 stars

CeeCee
4.0 out of 5 stars Very satisfied fan
Reviewed in the United States on 12 August 2008
Verified Purchase
I'm actually very happy with Daun's story. I think Jackie Kessler did a very good job writing in the first person, male point of view. I found Daun to still be funny and sexy, and the same character I enjoyed when he was first introduced. I'm also very happy with the ending. I thought he was going to get the girl and live happily ever after, but I think the twist at the end made more sense, and it just means more stories involving Daun as the main character (hopefully) in the future. Altogether, a great addition to the series.
Read more
2 people found this helpful
Report abuse

Cin Dee
3.0 out of 5 stars ok book
Reviewed in the United States on 19 September 2008
Verified Purchase
This book hit my "just ok" radar, not the: good (4 stars) or great (5 stars). Don Juan just didn't do it for me, he wasn't very likeable, also the romance was very much lacking in this book. Jezabel in the previous books was great as was the romance.
Read more
3 people found this helpful
Report abuse

Royal Caroler
4.0 out of 5 stars Great story!
Reviewed in the United States on 6 January 2014
Verified Purchase
Ordering this on Kindle was easy. It came right away with no problem. I enjoyed the story line the author is imaginative and keeps you on the edge of your seat.
Read more
Report abuse

Gwen G
4.0 out of 5 stars Duan is hot, hot, hot!
Reviewed in the United States on 28 December 2008
Verified Purchase
I don't generally read books with a male prespective, but I took a chance and won, big time! Duan is hot, smart, and deliciously conflicted. With an ending that I never saw coming, this book is a definate must read of the series, and stands alone too!
Read more
One person found this helpful
Report abuse
See all reviews
Get FREE delivery with Amazon Prime
Prime members enjoy FREE Delivery and exclusive access to movies, TV shows, music, Kindle e-books, Twitch Prime, and more.
> Get Started
Back to top
Get to Know Us
Make Money with Us
Let Us Help You
And don't forget:
© 1996-2020, Amazon.com, Inc. or its affiliates