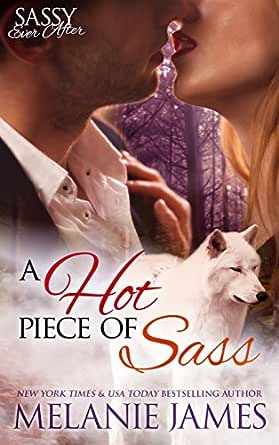 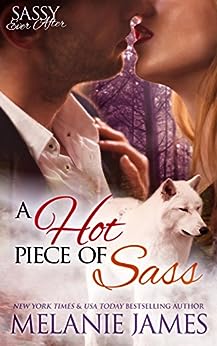 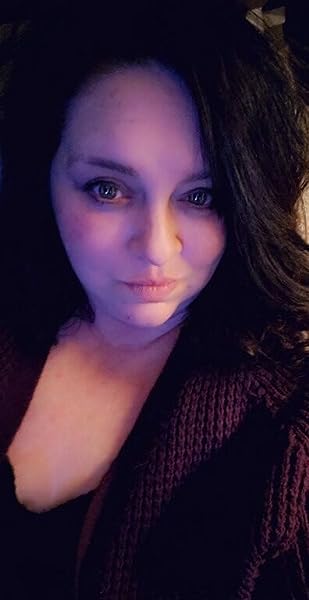 Lynall
TOP 500 REVIEWER
4.0 out of 5 stars Fun story
Reviewed in Australia on 9 October 2018
Verified Purchase
This is quite a fun story, with a couple of things left hanging - what happened to the wolf they rescued? What happened to her friend who ran off early in the story? Why was it so easy to break the unwanted mating mark? If you suspend disbelief and just enjoy, the story is good with a happy ending, so is a pleasant way to pass the time
Read more
Helpful
Report abuse

Marcia
5.0 out of 5 stars Wow what a great read
Reviewed in Australia on 11 October 2018
Verified Purchase
I have just discovers this author and wow I love the story can’t wait to read the next book
Read more
Helpful
Report abuse

jamoz23
TOP 100 REVIEWER
3.0 out of 5 stars 2.5 stars. I didn’t hate it but it could have been so much better if it had been thought out a bit more.
Reviewed in Australia on 2 September 2018
Spoilers ahead.
Have not read anything by this author before so am unaware of the packs Norse history and characters. I have read the Sassy Mates - Wolfe Pack books.
Reading my way through the Sassy Ever After series in Kindle Unlimited is a good way to find new authors.
This should have been a DNF for me except I have just grabbed some BLACK PAW PACK books and I wanted to stick till the end to see how things developed.
Despite proof reading errors I was enjoying this until chapter 8, then it just became a series of stupid eye rolling scenes I think were meant to be tension filled but just lost the plot for me.
Our heroine Hannah, is anything but sassy. I found her attitude depressing, with her moaning about her weight, her looks and not finding a mate.
At the scenting ceremony Hannah smells something divine, wolfs out and goes racing off into the woods chasing the smell.
Our hero Tanner, from another pack, who I quite liked and was very interesting, is off running in the woods to get away from all the wolves at the scenting ceremony when he smells a divine scent too.
Unfortunately for him he stumbles upon three rogues that are torturing a female shifter with SILVER and a branding iron.
The hero attacks and beats them apparently half dead but does not kill them as he is on another packs lands. Fair enough, I can understand this fact.
Hannah also arrives on the scene and helps Callie the tortured woman, who is a stranger to the area.
What happens after this scene is what had me rolling my eyes.
Callie has managed to shift to wolf, Hannah sends her off into the woods, the same woods that she was originally lost in when the rogues caught her. HUH. As Callie never found her way to the scenting ceremony, or to the Wolfe’s to raise the alarm, she must still be lost in the woods.
Neither of the two H’ have called, (yes they have phones that transition in their wolf form), or sent up a howl for help to deal with the rogues.
Hannah is too busy giving Tanner a hard time. As in - You might be my mate but I will decide my future, not my wolf, or the fates, even though I have dreamed about you and you are super hot.
The hero is a giant wolf berserker but the highly smelly rogues sneak up on them kissing and knock him out and of course grab his new found but unclaimed mate and take her away. Tanner then phones for help when he comes too. Barbara and Tristan Wolfe are, in the authors own words, there WITHIN MINUTES. Hence the stupidity of the plot.
Then it got sillier for me as one of the rogues mate marks Hannah but that is okay as Rafe the Black Paw Alpha can just make a mate bond go away.
I sometimes wonder if authors would read their own books if someone told them the plot beforehand.
I love a good shifter romance but I hate being treated like I am simple or stupid. Make things believable in a world of make believe for my reading pleasure.
Read more
Helpful
Report abuse
See all reviews

Red
3.0 out of 5 stars I'm conflicted
Reviewed in the United Kingdom on 15 October 2018
Verified Purchase
I love these kinda of books. But I'm conflicted. It's an I interesting premise regarding the old ways but doesn't fulfil that promise (yet).
Opposites attract is tried and true, but its a flimsy construction and characterization.
It's also a happy for now not a happy ever after, and unashamedly a set up for further books; but would I want to read them? I just don't know...
Read more
Report abuse

Kelly T
5.0 out of 5 stars Wow. Great Read!
Reviewed in Canada on 15 November 2018
Verified Purchase
The book was very entertaining and a lot of fun to read.
Read more
Report abuse

Daniromancereader
2.0 out of 5 stars I was disappointed
Reviewed in the United States on 13 October 2018
Verified Purchase
I really tried to like this book but it just wasn't what I was wanting. First off, it's an insta love... And it never really progresses beyond that. There's plenty of sex if you're interested but it's missing the romance. I just didn't get a connection between the two characters. I just wasn't given any reason to like them.
The storyline had something to do with an ancient Viking god and dream that was weird. And rather than moving the story along it really dragged while they went out of their way to relive the dream multiple times. It was creepy rather than feeling like destiny had come calling. I think this links the books to the overall theme of the story, but I wasn't overly impressed by it. Meh. I wouldn't pay to read more. I suppose if it had been the first book in the series you could have built your world around it but just dropping you into the middle wasn't a smart move.
Read more
2 people found this helpful
Report abuse

Bambi
5.0 out of 5 stars Loved her sass
Reviewed in the United States on 2 September 2016
Verified Purchase
“Wow. You haven’t spent a lot of time around females, have you?” Tanner motioned impatiently with his hands. “And your point?” “My point is that you, Mr. Mate, need to learn some damn respect. I’m not just another piece of ass for you to hit and quit.” “You’re a hot piece of sass and I’ll respect you in the morning.” Honest”

Tanner Larsen is no normal wolf but the one thing he wants most is his mate. All his friends are finding theirs why cant he. Oh yea cause he hears it all and it drives him crazy and makes him want to give up until he finds her a something as out of date as a scenting ceremony.

Hannah is so tired of going to this scenting ceremonies and her mom and aunt trying their best to hook her up if she only had any clue this year their plotting just might work out and she find the wolf that makes hers howl and demand to be seen.

“May I please bite you.” “No, you may not.” Hannah cocked her head to the side. “But you said to say please.” His astonishment was evident on his face. “I did. I also said no.” “Why did you say no? That’s kind of how the whole mating thing works.”
Read more
9 people found this helpful
Report abuse

Jen Seipp
5.0 out of 5 stars OMG I need more of this!
Reviewed in the United States on 30 September 2016
Verified Purchase
This is part of the Sassy World collaboration. Each story is it's own style and tone, but all have a thread connecting them to the Blue Creek pack.

Tanner has had the same dream over and over for as long as he can recall about a blizzard, crows, a life altering journey, and Odin. But it never finishes, it just ends. The dream, as well as the pull to take a mate, has him restless. He gets suckered into taking an item to Barbara Wolfe for the Blue Creek pack scenting ceremony, not knowing he is actually the "item" to be delivered.

Hanahan is tired of being the pack spinster. Not that she is old, but she has gone to every scenting ceremony since she turned 16 and has yet to find anyone with a sniff. She so doesn't want to put herself through another one, especially when her mom and Aunt Barbara ate clearly plotting.

I think this has been one of my favorite stories from the collection so far! There is so much foreshadowing I truly hope there is more to come! I am going to go find anything else about a Black Paw pack I can get my hands on!
Read more
3 people found this helpful
Report abuse
See all reviews
Back to top
Get to Know Us
Make Money with Us
Let Us Help You
And don't forget:
© 1996-2021, Amazon.com, Inc. or its affiliates